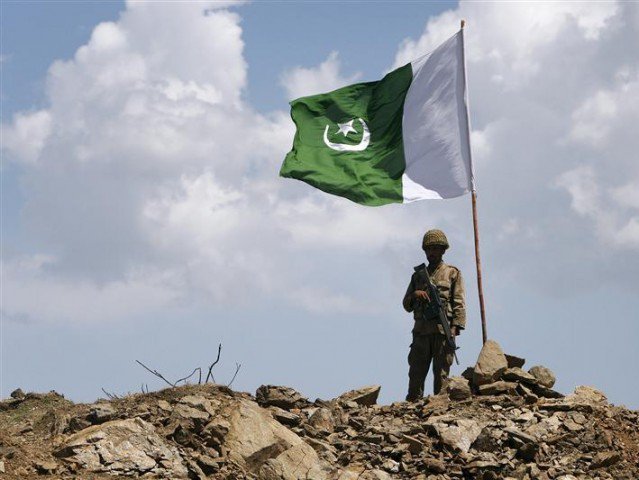 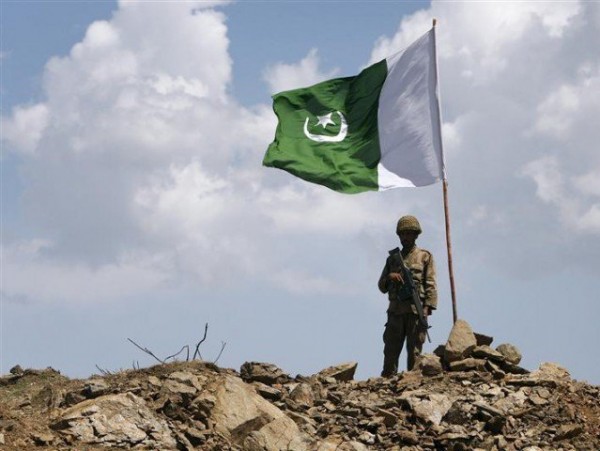 ISLAMABAD – Pakistan’s military has rejected the latest U.S. accusations of “selectively” fighting militant groups on its soil to enable Islamabad to influence developments in neighboring Afghanistan.

Bajwa told McMaster that Pakistan’s counterterrorism effort is focused against “terrorists of all hue and color” and strongly rejected “allegations of employing proxies” from Pakistani soil, a military statement said Tuesday.

It said that the visiting American dignitary “acknowledged Pakistan army’s efforts in eliminating terrorists and their infrastructure, assuring U.S. support to bring peace and stability in the region and globe.”

McMaster visited Pakistan a day after holding talks with Afghan leaders in Kabul to review counter-Taliban operations and the situation with regard to the U.S. military mission in the country. This is his first trip to the region since taking charge as President Donald Trump’s national security advisor.

While in Afghanistan, he repeated Washington’s traditional skepticism about Islamabad’s counterterrorism efforts and called on Pakistani leaders to go after militant groups on their soil “less selectively than they have in the past.”

Speaking to Afghan media, McMaster emphasized that “the best way to pursue their interests in Afghanistan and elsewhere is through diplomacy not through the use of proxies that engage in violence.”

Major General Asif Ghafoor, the chief spokesman for the Pakistan army, without directly referring to McMaster’s comments, insisted “the do more (U.S.) rhetoric is more of a political than within the military diplomacy.”

Ghafoor, however, noted the “do more rhetoric” is subsiding by the day because “the wise international community” acknowledged Pakistan’s “unprecedented contributions” in eliminating terrorism and in conducting operations in volatile border areas in support of Afghan security forces’s to help them stabilize Afghanistan.

He also cited increased security and reduction in militancy in Pakistan because of a sustained military-led counterterrorism campaign.

Pakistani officials appeared upbeat about McMaster’s just concluded visit. They see it as a demonstration that “Pakistan enjoys an important place in the regional context and that the U.S. attaches importance to its relations with Pakistan.”

On Tuesday, the prime minister’s key foreign policy aide, Tariq Fatemi, noted that McMaster’s visit provided “a good opportunity for both sides to engage in “meaningful conversation on exploring ways and means to promote” regional peace and stability.

He made the remarks in a meeting with visiting U.S. acting Special Representative for Afghanistan and Pakistan, Laurel Miller, according to a foreign ministry statement.

Fatemi “conveyed Pakistan’s readiness to work with the U.S. to support efforts for peace and reconciliation in Afghanistan,” it added.

Despite Pakistani assertions with regard to fighting terrorism, critics say Islamabad maintains covert ties to the Taliban because of fears of growing Indian influence in Afghanistan and Kabul’s increasing closeness with New Delhi.

“We could spend hours on this aspect of the [Afghan] conflict but suffice to say that despite heavy U.S. pressure, and significant blandishments, Pakistan has never abandoned the policy of countenancing the Taliban’s use of its territory against its western neighbor,” said former U.S. diplomat Richard Olson while delivering a public talk in Washington earlier this month.

Olson served as Washington’s ambassador to Kabul and Islamabad respectively before being appointed as special envoy for the two countries by the previous U.S. administration.

He cautioned the Trump administration against using old U.S. pressure tactics to force Pakistan to abandon support for the Taliban.

“I think convincing Pakistan to effect a strategic shift is wishful thinking. And please remember that Pakistan controls our air lines of communication [to the Pakistani airspace that the U.S. uses for transporting supplies] into Afghanistan, so ultimately, military leverage flows to their advantage,” Olson cautioned

For the Pakistani military, Olson observed, the Afghan policy is about “geo-strategic maneuvering” against India.

“And since the [Pakistan military] establishment views India as the existential threat, all measures against the eastern neighbor are acceptable,” noted the former U.S. diplomat.

While the Trump administration is currently conducting a review of U.S. policy towards Afghanistan, Olson emphasized the need to pursue a political settlement of the conflict by involving regional stakeholders, particularly Pakistan. But he sounded skeptical about whether Islamabad still can effectively use of its traditional influence with the Taliban to push them to the negotiating table.

Pakistani officials, have long campaigned for seeking a resolution to the Afghan conflict through peace talks between the Kabul government and the Taliban. They maintain that continued hostilities in Afghanistan add to security challenges to neighboring countries and undermine U.S. interests as well.