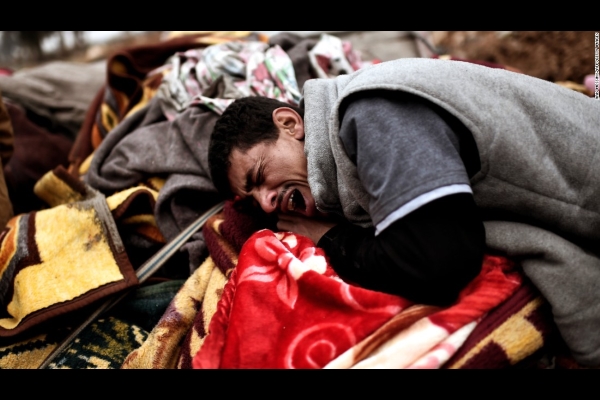 Amid the aftermath of a terrorist attack on the UK’s Parliament, which killed four people including a police officer, another mass casualty further afield has been buried in the headlines.

Over the weekend the US Pentagon has admitted to another air strike in Mosul, which is believed to have killed more than 200 civilians including women and children.

It has been described as a “humanitarian disaster” by Iraqi Vice President Osama Nujaifi, and United Nations officials said they were “profoundly concerned” by the attack.

The Pentagon released a statement, saying it had targeted Isis fighters and equipment “at the location corresponding to allegations of civilian casualties”.

“The coalition respects human life, which is why we are assisting our Iraqi partner forces in their effort to liberate their lands from ISIS brutality.”

If the US is found to be responsible, it will be the deadliest such attack in three years.

The Pentagon has admitted to killing 220 civilians in Iraq and Syria since mid-2014, yet independent monitoring groups such as Airwars.org in London say the number could be closer to 3,000.

Airwars claimed there had been around 1,000 civilian deaths in Iraq and Syria in March alone due to coalition air strikes.

“We realise the huge responsibility the liberating forces shoulder,” Iraqi parliament speaker Salim Jabouri tweeted, calling on them to “spare no effort to save the civilians.”

An investigation, using classified and public information, is underway to determine whether it was US forces, Isis militant bombs or both that caused the civilian buildings to fall.

In the meantime, the air strike on Baghdad Street in western Mosul on 17 March has left families torn apart and grieving, with emergency workers working long hours to pull corpses from the rubble. Iraqi police chiefs have also denied reports that the US-Iraqi operation to fight Isis has been put on pause.

US President Donald Trump has remained silent on the calamity.

In late January he came under fire for criticising the US military for not taking Iraq oil when they withdrew in 2011.

“You wouldn’t have Isis if we took the oil,” he said.

The President is unlikely to take responsibility in the latest mass casualty. He was criticised for blaming the military for a botched operation in Yemen in early February, which killed Navy SEAL Chief Petty Officer William Owens.

This was a mission that was started before I got here. This was something they wanted to do,” Mr Trump said.

“They came to me, they explained what they wanted to do ― the generals ― who are very respected, my generals are the most respected that we’ve had in many decades, I believe. And they lost Ryan.”