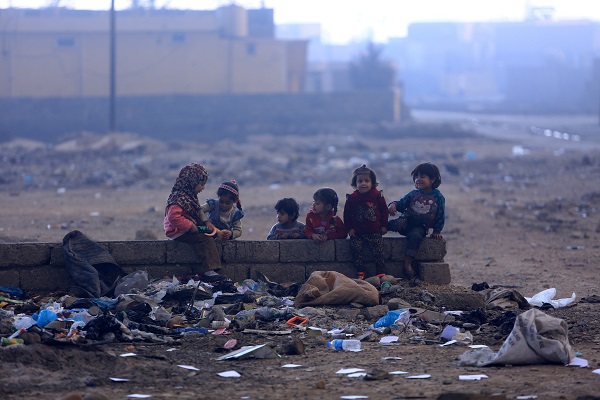 The U.N. children’s agency said Tuesday that about 35,000 children have fled from Mosul since Iraqi forces and a U.S.-led coalition launched a massive operation in mid-October to retake the city from the ISIS group.

Iraqi special forces meanwhile pushed deeper into the city’s eastern part, retaking the Falah neighboring late Monday, said Lt. Gen. Abdul-Wahab al-Saadi. Fighting raged as a haze of fog and smoke hovered over the city, which was rocked by tank fire and airstrikes.

The children are among some 93,500 people who have fled since the operation began, while hundreds of thousands have remained in their homes. Mosul is Iraq’s second largest city and the extremist group’s last major urban stronghold in the country.

He said that once ISIS is driven from the city it will be important to “invest in children’s services so this war doesn’t continue.”

He could not provide an exact figure on how many children have been killed since the operation started, but he said some of them have been targeted by snipers.

UNICEF teams are providing the children with water and sanitation supplies as well as vaccinations against measles and polio. In refugee camps, Hawkins said, there are places where children can play, draw and restart their education.

Mosul, about 360 kilometers (225 miles) northwest of Baghdad, fell to ISIS in the summer of 2014, when the group swept across northern and western Iraq. The Iraqi advance has slowed in recent weeks in the face of suicide car bombs, sniper fire and networks of underground tunnels from which the militant launch counterattacks.