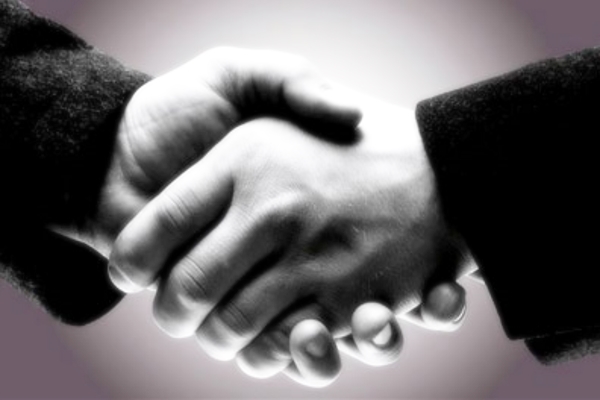 Allah says, “There is no fault in those who do not find anything to spend if they are true to Allah and His Messenger (idha nasah-Allahi wa rasulih). There is no way against those who do good, and Allah is forgiving, merciful.” (9:92)

The commentators say, “If they are true in sincere conduct towards Allah and His Messengers, they are sincere Muslims secretly and openly.”

Our Imams said, “Nasiha for Allah and the Imams of the Muslims and their common folk is an obligation.”

Imam Abu Sulayman al-Busti said, “Nasiha is a word used to designate the desire for what is good for the one who is its object, and it is not possible to explain it with a single word which will contain it all. Linguistically, it means sincerity (ikhlas) from the statement, “I made the honey pure (nasahtu), “when it is clear of wax.”

Abu Bakr ibn Abi Ishaq al-Khaffaf said, “Nasiha is doing something which contains rightness and harmony. It comes from nisah which is the thread with which a garment is sewn.”

Nasiha to Allah consists of having sound belief in His Oneness, describing Him in the way that He deserves to be described and disconnecting Him from what cannot be attributed to Him. It is desire for what He loves and distance from what He hates and sincerity in worshipping Him.

Nasiha to the Book

Nasiha to the Book is belief in it, acting according to it, reciting it well, humility with esteem for it, understanding it and seeking fiqh [understanding] in it and protecting it from the interpretation of the extremists and the attack of heretics.

Nasiha to the Messenger

Nasiha to the Messenger is confirming his prophethood and obeying him in what he commands and forbids.

Abu Sulayman and Abu Bakr said, “It is to support, help and protect him , both in life and death, and to bring his sunnah to life by seeking, protecting and spreading it and taking on his noble character and adab.”

Abu Ibrahim Ishaq at-Tujibi said, “Nasiha to the Messenger of Allah is to confirm what he brought and to cling to his sunnah, spread it and urge people to it and to call to Allah, His Book and His Messenger and to the sunnah, and acting by it.”

Ahmad ibn Muhammad said, “One of the obligations of the heart is to believe in nasiha for the sake of the Messenger of Allah .”

Abu Bakr al-Ajurri and others said, “Nasiha for his sake includes two types of sincere conduct. One is nasiha during his lifetime and the other is nasiha after his death.”

In his lifetime, the nasiha of his Companions was by helping him, protecting him, opposing his opponents, obeying him and expending their lives and property in his service as in Allah’s words, “Men who were true to thier their contract with Allah.” (33:23) and “They help Allah and His Messenger.” (59:8)

The nasiha of the Muslims for his sake after his death is by maintaining esteem, respect and great love for him, persevering in learning his sunnah, understanding his Shari`ah, love for the People of his House, and his Companions, avoiding things disliked in his sunnah and what deviates from it, hating doing that and being on guard against it, compassion for his community, seeking to learn about his character, his life and behaviour and steadfastness in acting according to it.

So from what has been said it can be seen that nasiha is one of the fruits of love as well as one of its signs.

Imam Abul-Qasim al-Qushayri related that `Amr ibn al-Layth, one of the Kings of Khurasan and a famous hero who was known as as-Saffar was seen in a dream and was asked, “What did Allah do with you?” He replied, “He forgave me.” He was asked, “Why?” He said, “One day I climbed to the peak of a mountain and looked down at my armies and their vast number pleased me. Then I wished that I could have been present with the Messenger of Allah , may Allah bless him and grant him peace, to aid and help him. Allah thanked me and forgave me because of that.”

Nasiha to the Imams of the Muslims

Nasiha to the Imams of the Muslims is to obey them when they command to the truth, help them, command them to the truth, remind them of it in the best way, inform them about what they have overlooked and what they do not see of the Muslims affairs, and not to attack them nor cause trouble and dissension for them with people and alienate them from people.

Nasiha for the sake of the common Muslims

Nasiha for the sake of the common Muslims is to guide them to their best interests, help them in the business of their din and this world by word and action, warning those of them who are heedless, enlightening the ignorant, giving to those in need, veiling their faults, and repelling what will harm them and bringing what will benefit them.