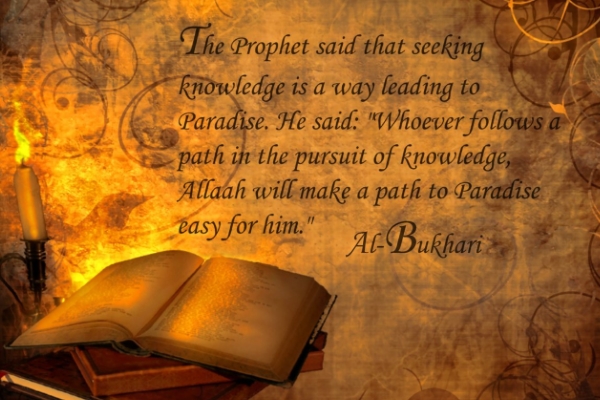 Abdullah ibn ‘Umar (Allah be pleased with him) says: “Knowledge is of three types: the book that is forever speaking (Qur’an), an established sunnah, and ‘I do not know’.”[1]

In his explanation to this statement, al-Munāwi (Allah grant him mercy) says: “It is learnt from this hadith that it is a duty of an ‘Ālim that if he does not know the answer to a question, he should say ‘I do not know’, or, ‘I am not certain’, or, ‘I have no knowledge thereof’, or, ‘Allah knows best’. If a person is asked a question and he replies, ‘I do not know’, this does not lower his rank, as some ignorant people assume. This is because the ignorance of a qualified ‘Ālim with regard to certain matters does not harm him. Rather, his saying, ‘I do not know’, raises his rank because it is proof of his great status, the strength of his dīn, the fear of his Sustainer, the purity of his heart, the perfection of his recognition [of Allah] and the goodness of his intention.”

The statement, “I do not know” and “I have no knowledge” have thus been recorded with regards to the four Imams, the four rightly guided caliphs, in fact, even from Rasulullah (Allah’s peace be upon him) and Jibrā’īl (peace be upon him).

Saying “I Do Not Know” Is Half Of Knowledge

Imam al-Ghazzāli (Allah grant him mercy) says: “The person who remains silent when he does not know—and he does this solely for Allah—is no lesser in reward than the person who speaks. This is because admitting ignorance is more difficult on the soul.”

Abu Khaythamah al-Nasā’i (Allah grant him mercy) narrates on the authority of ‘Abd Allah ibn ‘Umar, may Allah be pleased with him, who said: “It is part of knowledge for a person who does not know, to say Allah knows best.”[6]

Extracted from The Sunnah Way Of The Sufis, Zam Zam Publishers, p.80-82.