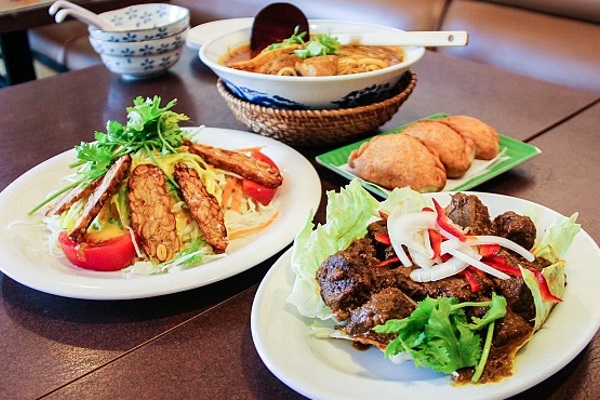 While Japan has only a very small percentage of Muslim residents, the number of Muslim tourists has been increasing considerably in recent years. Japanese in general are very tolerant towards different religions, including Islam, but there is a wide lack of understanding of the religion and a severe shortage of services and facilities for Muslim travelers. However, with the increasing number of Muslim visitors, tourist associations and businesses have ramped up efforts to improve the situation to better cater to Muslim tourists.

This boom in Muslim-friendly services, such as prayer rooms and halal food options, is making it easier for Muslims to travel in Japan. However, without centralized direction, like a halal certification agency, services such as restaurants largely have to figure things out on their own. As a result, it is difficult to maintain a consistent standard of permissible goods and services as restaurants seek certification from a variety of different bodies.

Currently, there are only a small number of halal food producers and halal restaurants in Japan. Many halal restaurants in Japan serve alcohol, as it is difficult for restaurants here to survive without doing so. There are some restaurants that label themselves as “halal” or “Muslim-friendly” and offer a halal menu in addition to their regular menu; however, their dishes were likely prepared in the same kitchen as non-halal dishes. Visitors should exercise personal discretion when dining at such places as the businesses may not be halal in the true sense.

Halal or Muslim-friendly restaurants can be found at major airports and a few leading large hotels, but note that some of them require prior reservations of at least a few days for the preparation of halal meals. Non-Japanese restaurants offering Bangladeshi, Egyptian, Indian, Indonesian, Iranian, Malaysian, Moroccan, Pakistani and Turkish cuisine along with some vegetarian restaurants may also have halal food options.

For more information about halal food, it is advised to consult a local tourist information center. In Tokyo, one such place is the Culture Tourist Information Center in Asakusa.

Outside of the major cities, halal or Muslim-friendly restaurants are even more difficult or often impossible to find. For visitors who prefer preparing their own meals, some supermarkets in major cities offer halal products; however, they tend to be mainly frozen halal meats rather than ready-to-eat foods. The average supermarket in Japan does not sell halal products.

For visitors who are concerned about non-halal foods, it is worth noting the recent increase in availability of short-term apartments and hotel rooms with kitchenettes which allow visitors to cook their own meals. Even at regular hotels and ryokan, hot water is almost always available in the room, making the preparation of instant noodles a relatively easy option. Visitors concerned about non-halal foods are advised to consider bringing their own food and cutlery to Japan.

Common Japanese dishes and prepared convenience foods, while seemingly halal, may contain ingredients that may not be permissible under Islamic law. Popular Japanese foods like sushi, may have rice wine (mirin) mixed in with the rice. Ramen and various meat dishes contain ingredients like non-halal meat (including pork), soy sauce, miso, various additives and preservatives, rice wine (mirin and/or sake) and animal fat.

In addition, vegetable dishes like pickles, soups, bread, snacks and some desserts may be mushbooh as they may contain alcohol, gelatin, animal fat based margarine or other haram ingredients. As such, it may be difficult to enjoy a halal Japanese meal without compromising the ingredients and way of cooking. Some establishments will have a detailed list of the ingredients they use for allergy purposes. Ask the staff for this list when ordering if applicable.

To better cater to Muslim visitors and residents alike, prayer rooms with arrows pointing towards Mecca have been added to a handful of public facilities such as major airports and a small number of Muslim-friendly hotels. Areas surrounding the larger mosques usually contain Muslim-friendly shops which may also cater to visitors in this regard.

Mobile apps are available with timetables and compasses to assist in finding the direction of Mecca. It is advisable to make sure these apps work abroad, and to prepare an internet access arrangement ahead of visiting Japan. It is also recommended for visitors to bring their own praying rug and clothing as they are not easily available. Mosques can be found in most major cities for those who wish to visit one on their trip.

With the recent boom in Muslim tourism, there has been an increasing number of travel companies offering Muslim friendly tours to those who find navigating Japan on their own too daunting. The tours that are offered cater specifically to Muslims and make all the necessary food and lodging arrangements.