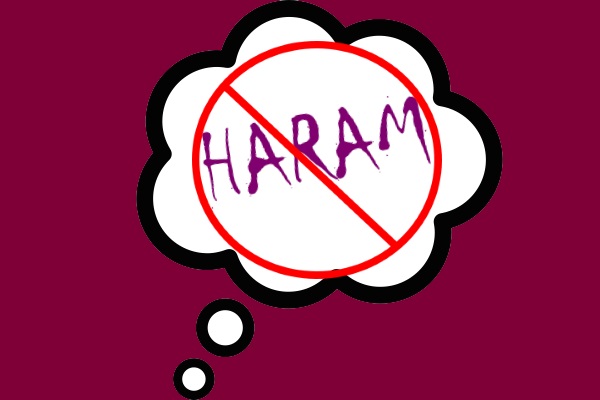 By:  Maulana Yunus Patel Saheb (May Allah grant him mercy)

There is no shortage of complaints when it comes to giving up sins and the struggle that ensues between a person, his nafs and shaytan.

This battle is on-going – till our dying day. There is no way out, except to show the courage and bravery that every Muslim does have – when it comes to Pleasing Allah Most High.

Sadly, another widespread weakness is that of Haram fantasizing. Young and old, married and unmarried – thousands upon thousands, succumb to their runaway imagination when it comes to fantasy world, and this in turn leads to even graver sins.

Allah Most High granted us the power of Imagination for a beautiful purpose; but most people today utilize this imagination for entertaining filthy thoughts.

The following is a prescription, which I have given to many who complained of the weakness of Haram fantasizing. Alhamdulillah, it has been a means of cure for many. May Allah Most High make it a means of cure for all those who have this ailment. Ameen.

Haram fantasizing is a spiritual ailment. It is an abuse of the great, wonderful and amazing gift of imagination.

Why did Allah Most High give us this gift of imagination?

The imagination has been given to us so that it may be used to ponder over the Qur`an Shareef, which entails stories of past nations and verses upon verses of Jannah (Paradise) and the beautiful bounties of Jannah, as well as Jahannum (Hell) and accountability. This imagination was to be used for the purpose of taking lesson and strengthening our Iman. It was to be used as a catalyst for undertaking good deeds.

The imagination was certainly not given to us so that we may indulge our nafs in evil, filthy thoughts. Allah Most High forbid.

One of the main reasons why both men and women have this problem plaguing them, is due to casting lustful gazes.

But fantasizing is not going to satisfy desire. It will only increase desire. The person’s sickness will increase. His physical health will inevitably also suffer.

When the desire to engage in Haram fantasizing comes into the heart, then take the imagination to the Day of Judgment; stand before Allah Most High’s Seat of Judgment and begin accounting for all your actions in this world. Think of how you will have to account for and what you will say to Allah Most High when all these filthy thoughts will be presented to you – if you continue in this sin.

Allah Most High states in the Qur`an Shareef :

“This Our record speaks about you with truth : For We were wont
to put on record all that you did.”
[Surah Al-Jathiya 45 :29]

Even though Allah Most High is All-Knowing and well aware of all our actions, He has established a system whereby every action and every detail of every action is recorded and which will be presented to us on the Day of Reckoning – in favour of us or witnessagainstus.

Otherwise take your imagination for Hajj: Picture yourself at the Multazam, making Tawaf, making Sa`ee; picture yourself at the Raudha Mubarak, conveying Salam to Rasulullah (Allah’s peace be upon him), or take your imagination to your Qabr (the grave) and the events which unfold in the grave after death. …Insha-Allah, this will a means of defeating nafs and shaytan, as well as obliterating a filthy habit.

If you find yourself still weak against the demands of nafs and the whisperings of shaytan, then immediately occupy yourself in that which is ‘Mubah’ (permissible). Begin conversation with your parents, or with brothers and sisters, or phone a good, pious friend, or listen to some Qira’at or Deeni talk… Occupy yourself in that which is Halal and Mubah; otherwise nafs will ravage your heart and destroy your peace of mind and lead you to even suicidal tendencies.

Consider filthy thoughts as pigs. Just as we show aversion and absolute disgust on seeing a pig, so should we be disgusted with dirty thoughts – which are also Haram (forbidden).

“And those who do not find the means to marry, should remain chaste until Allah gives them resources by His Grace.”
[Surah An-Noor 24 :33]

Remaining chaste is thus a Divine command which is compulsory to comply with – therefore we will find the Ahadeeth presenting prescriptions to remain chaste – for example, lowering the gaze, fasting, etc.

As a prescription, the following harms should be read and re-read if need be, until it is understood that the harms long term are not worth the gratification that comes with the sin.

1.) Taufeeq (Divine enablement to accomplish good) of doing good deeds is taken away. The person is deprived of Tahajjud, Tilawah of the Qur`an Shareef, associating with the pious, etc.

2.) The person deprives the Ruh (soul) of spiritual knowledge and finds an aversion to people.

3.) The most dangerous is that the person will not be able to remain steadfast on Deen. (Allah Most High protect).

4.) Besides this, a person who satisfies his evil desires in this manner is cursed according to Rasulullah (Allah’s peace be upon him). …Sincere Taubah (repentance) and Istighfar (seeking forgiveness) should be resorted to. In most cases, while the sin is forgiven, the physical harm is long lasting.

The following physical harms have been recorded by highly qualified Hakims, the equivalent of specialist doctors. Some harms listed are for men and others, for females.

1.) The bladder becomes weak and this leads to problems in respect to Taharah – Wudhu/ Salah and other Ibadah. There are many that are suffering with involuntary urinary and seminal discharges due to the indulgence in this sin, and they write mentioning the difficulties that are thereafter encountered.
2.) It weakens the nerves.
3.) It causes some limbs like the legs to shake and quiver.
4.) It causes pain in the vertebra column, the spinal column from which semen is ejaculated. This pain creates crookedness and twisting in the back.
5.) It creates weakness in the brain and weakness of memory.
6.) It weakens the sight and reduces the normal limit of vision.
7.) It causes a person to become old before time.
8.) It decreases the natural resistance of the body.
9.) It causes harm to the four principle organs in the body: the heart, brain, liver and stomach.
10.) It leads to impotency.
11.) Excessive loss of semen is in reality excessive loss of blood. In later years, it can be, that such a person will not have the ability to father any children.
12.) It causes an excessive loss of sperm by way of nocturnal emission (wet dreams).

1.) Agitation and irritation over trivial matters,
2.) Lack of confidence,
3.) Disinterest in studying and
4.) Desire for isolation.

Much more can be stated in respect to the harms of this sin. So contemplating the above, should give every incentive to give up the sin. No one would like to contend with any one of the above problems and yet just one evil deed and the person has invited waves of calamities upon himself or herself.

If evil desires still get the better, one should fast lengthy periods of time (weeks on end and reduce intake of meat, etc.); otherwise Nikah is a simple solution. Where the evil desires are so difficult to suppress that the person engages in Haram then it becomes Fardh (compulsory) for the person to marry. This is, of course, for those who have the ability.

May Allah Most High grant us the understanding and the Taufeeq to stay away from all sins.

[1] Ghair Mahram: A person whom one can marry at some stage. For example: A sister-in-law is a ghair-mahram and can be married after the brother’s death or after divorce.