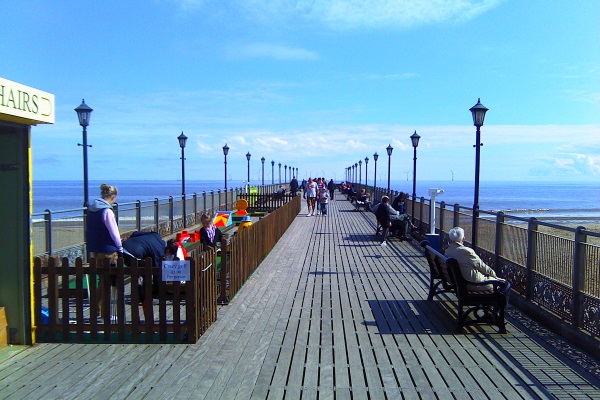 By: PTI via The Indian Express

Source: PTI via The Indian Express

The incident came to light when one of the women woman wrote to ‘Tell MAMA’, a website measuring anti-Muslim attacks that was set up with Government funding and whose data has been used in the past by Prime Minister Theresa May.

“Me and my family went for a family trip for the first time to Skegness with a local community centre. Together there were 12 people, of which 7 of us wore hijabs,” the woman was quoted as saying by Lincolnshire Echo.

“Once we reached the main area where there were shops, we noticed a lot of people just staring at us as if we were some form of aliens. It didn’t really bother us until we walked past the pub and a man shouted ‘terrorists’,” she said. “My sister and I just looked at each other and didn’t bother looking back at the man and we were shocked at what he had said. As we went to the beach again, a lot of people continuously stared at us. We just smiled back, but it made us think how ignorant these people are.”

The woman said they then went to buy some seaside ‘rock’ and the lady at the shop said to them “don’t you get hot in them”, referring to their hijabs.

“My sister replied ‘no’ and they were not that thick and showed her the material of her hijab. The only friendliness the family experienced in the town came from a local Muslim woman, who greeted the family. This was our first family trip with our kids to Skegness and I don’t think I would like to go again seeing the behaviour of the people there. It really made us sad and made us miss the area we are from and also made us reflect on how different people are in England. It opened my eyes to the nasty comments Muslims get,” the woman said.

A Tell MAMA spokesman was quoted as saying, “We were concerned to hear about the experiences of this visible Muslim family, from the abuse of being called terrorists, to the looks and the abuse that they suffered just to have a day out at the beach.”

“The family will not be returning back to Skegness and such incidents will no doubt impact on wider perceptions within Muslim communities around areas,” he said.