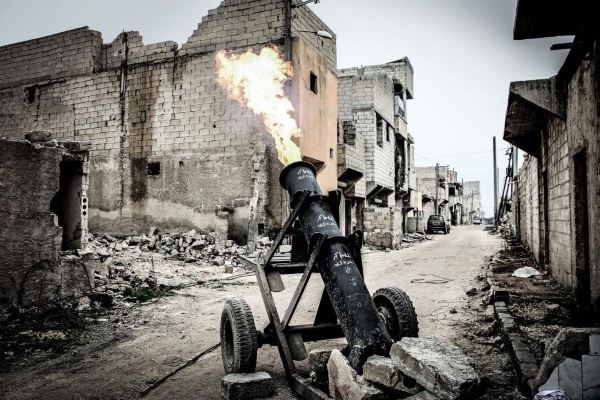 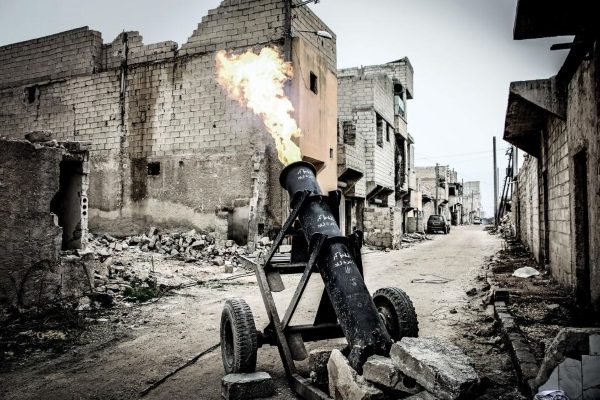 The Syrian civil war is as confusing and opaque as it is sadistic and bloody. On one side stands Syrian President Bashar al-Assad, a barbarous tyrant backed by Iran and Russia, Hizbullah, and Shi’ite militias from Iraq, the remnants of the Syrian army, and the odd Kurdish splinter group.

Against him are arrayed multiple rebel groups including the Islamic State extremist group, Al-Qaeda, and a host of more moderate rebel factions. It is often hard for the observer to make sense of events, let alone understand their true importance. But one thing is clear: the insurgent offensive under way right now in Aleppo aimed at breaking the government siege of rebel-held areas in the east of the city may reshape the direction of the entire war.

On the weekend of July 30-31, the surrounded rebels who held the center of Aleppo city and a larger body of rebel groups to the west of the city tried to reconnect their battle lines, striking at a position in the strategic Ramouseh district. But, as ever, outgunned, the regime fought back: using Russian airstrikes to try to halt the advance.

Syria’s revolution is now unequivocally in the balance. As Kyle Orton, a research fellow at the Henry Jackson Society, points out in an e-mail interview with RFE/RL, Aleppo is the last major urban holding of the mainstream armed opposition in Syria. If the political process is to amount to anything other than a regime victory in all but name, the rebels have to hold Aleppo City. For its part, the regime, with Russian and Iranian help, has severely lessened the strategic threat from the insurgency already — for them to retake Aleppo City would kill it. Orton is blunt: “In short, the course of the entire war is in the balance with the fate of Aleppo.”

If the rebels succeed in breaking the siege then the pro-regime coalition will suffer a serious strategic setback. As Orton further notes, “the pro-Assad forces [are holding] out in northwestern Syria by some relatively tenuous supply lines through Hama and southern Aleppo.” If the rebel positions in Idlib Province and southwestern Aleppo are expanded to include areas of Aleppo City, Assad’s bases in the north come under serious threat, and with it Assad’s chance of crushing the rebellion entirely.

But there is another more complex and disturbing possibility that encapsulates the problems of Syria in a microcosm. The main rebel players in the offensive are Jabhat Fatah al-Sham (formerly the Al-Qaeda-linked Al-Nusra Front), Ahrar al-Sham, and Free Syrian Army brigades. Al-Qaeda in Syria’s renaming of itself as Fatah al-Sham — officially for the sake of “rebel unity” — is, in reality, little more than a move to publicly detoxify its brand.

And this is where a major question about the timing of the offensive comes in. Endless rounds of failed peace talks have yielded nothing for the rebels. Discussions of talks scheduled for late August are likely to yield nothing once again. With Iran and now Russia behind it, the regime is now so strong it has little incentive to compromise. Meanwhile, Russian support is not merely confined to the battlefield. Its diplomatic efforts have deftly changed the conversation from one centering on Assad’s removal to the conditions under which he will stay in power.

As each cease-fire inevitably failed (almost invariably broken by pro-Assad forces), Al-Qaeda was eventually able to claim, back in December 2015, that the entire peace process was a “conspiracy” against the revolution. And its absurd claims gained traction among an increasingly desperate population who saw little reaction from the onlooking global community. More than this, after each cease-fire ended, Al-Qaeda was the mainstay of much of the rebel fight back — it was even able to make significant gains in southern Aleppo. In essence, the rebels allowed Al-Qaeda back into the mainstream opposition by their own adherence to previous cease-fire agreements.

Under its new Jabhat Fatah al-Sham banner, the group can now use the Aleppo offensive as a means by which to further integrate into the mainstream rebel alliance. As Orton states, it presents the group with its best chance yet of using “the rebellion as a shield against external attack, annexing what is an objectively good cause — breaking the nascent terror-siege of Aleppo City…[to] show its utility as the military tip of the spear to act as a kind of special forces for the insurgency — and…make connections and alliances that can facilitate its vanguardist program.”

Meanwhile, the possibility of (yet another) humanitarian catastrophe becomes increasingly distinct. The UN estimates thatsome 300,000 people are trapped inside the city with rapidly shrinking medical supplies and, critically, declining stocks of food. The regime is clearly going all-out to capture Aleppo and crush the rebellion once and for all.Thus far, however, it has been slow to respond to the rebel counterattack. This state of affairs will not last. It will rain down destruction from the air and the ground.

So far reports are sketchy due to an insurgency media blackout in the area, but it does appear that the rebels are making significant steps toward breaking the siege. According to some reports, on August 1, they captured the strategic Al-Mishrefah area, south of the Ramousah air force artillery base. But they still needed to advance another 2.5 kilometers to take the city’s artillery base, one of the biggest in all of Syria and a base that has been the linchpin of Assad’s defenses in the city.

Achieving this would allow them to reach their fellow rebels on the Aleppo side. Now, according to Orton, “fragmentary reports [say] there has been intense fighting and very rapid and significant gains for the insurgency…coming within several hundred yards of breaking the siege on eastern Aleppo City.”

If these reports are true — or if the rebels are able to make minor gains or at least maintain the status quo in the city — then once again it will be Jabhat Fatah al-Sham that benefits the most. In leading the charge to rescue the besieged population while the world looks on, it will have irretrievably bound itself to the armed opposition in Northern Syria.

And that is a scenario that benefits no one — not the mainstream rebels and most of all, not Syria’s long-suffering people.