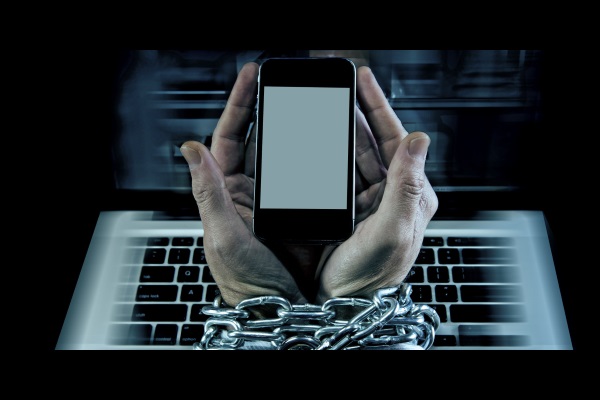 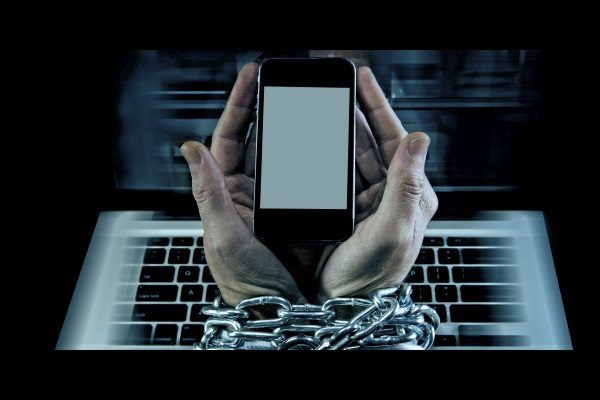 Madness, so the saying goes, is doing the same thing over and over and expecting to get different results. Which is the same as refreshing Twitter in the hope of more likes and retweets when your tweet isn’t going to get any better. The internet plays havoc with our minds. This we know, because the Netflix countdown to the next episode is a microcosm Stockholm syndrome.

But can the internet make us physically ill? Is the internet bad for us in the way that going outside with wet hair is bad for us? According to a study (four words that are ruining journalism) — it is. This is the news that isn’t news, because the “Mail” just decided to republish year-old research, but it’s interesting. Swansea and Milan universities find that frequent internet use (“mild internet addiction”) can make us 30 per cent more susceptible to the flu. So, pulling my best Edvard Munch scream emoji face, IS THE INTERNET MAKING US SICK?

First off, this research involved 500 people. I went to a house party with 500 people on Saturday. I mean, I didn’t — I’m using that as a line here to point out how small a study 500 people is, and that we should take this into account. And let’s hope that worked.

But there are legitimate health concerns. I am sure you’ve all heard that a keyboard is filthier than a loo seat. And what the Swansea and Milan study basically suggests is that sitting inside without fresh air, spraying junk food all over your desk while spitting out an @-reply to a politician might be bad for your actual health as well as that of the internet hinterland. Think on it. But you can’t. Because your brain rage made you top heavy and you’re slumped over the monitor, the machine bleeping, a dog whose owner has died.

Sleep is the most important thing that keeps us healthy and happy and functioning. So of course it’s worth missing out on to peruse the Instagram feed of the current girlfriend of your ex’s brother. Three hours until you have to be in a meeting? The perfect time to read a 17,000-word “LRB” essay on your phone with backlighting at a solid 100 per cent. One and a half hours before the meeting? Sure, why not read all 18 response pieces, at least four of which are on Slate.

Advice: if you are running iOS 9.3, use Night Shift mode. If not, find a browser app with night light settings. Better still, put down the phone before bed. Because reading your phone can also cause “temporary blindness”.

Selfies are killing everyone

The recorded number of selfie-related deaths in 2015 reached 12. This included: teenagers who perished when snapping a pic with a grenade (the picture was discovered saved to the camera roll) and the man who was gored to death by a bull attempting to get the animal in shot. The insightful among you will note that selfies aren’t exclusive to the internet, but I doubt the selfie would have taken off without the internet.

Wi-Fi is killing everyone

There’s a place in West Virginia that eschews Wi-Fi because everyone who lives there thinks Wi-Fi is super bad and killing them all. Now and again news stories come out about men being rendered infertile by using their laptops. This is unfortunate, given that laptops are literally called laptops and if this was going to be a problem that was an awful branding decision.

Pokemon Go is killing everyone

Apparently, 43 per cent of us admit to having walked into something while looking at our phones. And 60 per cent of us have dropped our phone on our faces while texting or duck-facing in bed. In China, they even trialled phone-only lanes. In Germany, they had to think of ways to help people avoid being run over while texting.

The latest concern is Pokemon Go. This is the zeitgeist smartphone game that allows users to interact with the real world using the phone’s camera and GPS capabilities and has resulted in tripping and falling due to players becoming so engrossed. Pokemon Go has already led to bizarre incidents. To wit, this amazing sentence in a BBC report: “Nineteen-year-old Shayla Wiggins, from Wyoming, was told to find a Pokemon in a natural water source but instead found a man’s corpse.”

Tip: look where you are going when walking down the street and also internetting.

What we’re talking about here is a serious issue which affects at least 430,000 of us each year. And actually, it affects us all, because the rest of us have to cover for colleagues while they are assessed by occupational health for keyboards made out of foam and desks with the density of marshmallow. Who even knows how bad the current situation is, as those latest figures were for 2007.

Spending too much time on a computer can also lead to headaches and eyestrain, which is why some people spend £400 (Dh1,944) on special orange-lensed goggles. Not me though. I’m not an idiot. I just worked out £3 sunglasses do sort of the same job.

The internet isn’t all bad. In the spirit of safe spaces and hashtags that encourage happiness (because not all of them are paid promotions, oh cynical one) I would like to end on some amazing things about the internet: memes. Which can make us weep with laughter. Animals, who have really turned this internet thing to their advantage. (For cats and dogs, their entire world exists at ankle-height, but at least now if you deign to meet them at their level you can produce some #content and monetise your pooch in no time.)

Facebook has allowed us to virtually poke people we used to physically poke in school. Twitter has ripped the awkward dumpf of your soul when a joke goes wrong in the confined space of a dinner party and transferred it into your pocket, so you can carry that feeling with you all of the time. Who cares if the internet also makes us tired and irritable and photophobic to real sunlight and maybe gives us the flu. Overall, it still gets a Like.