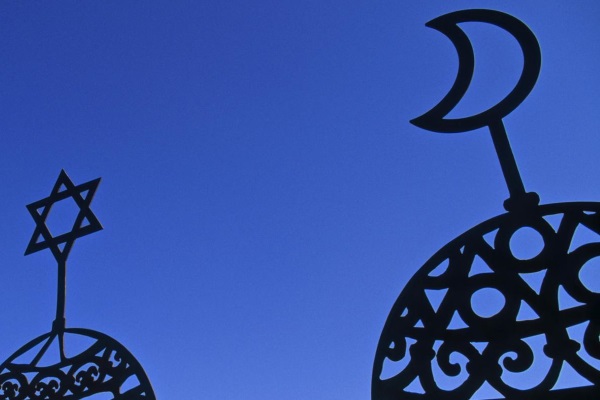 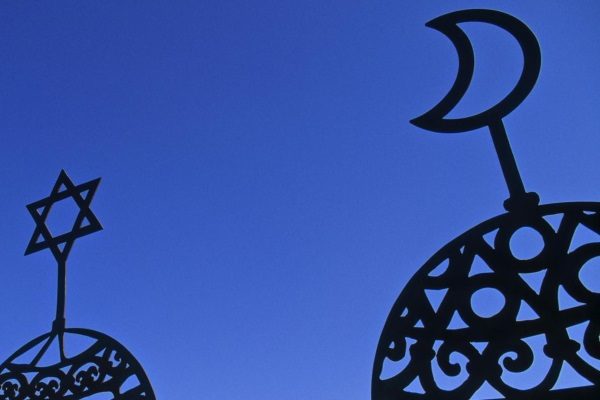 Although the Quran tells Muslims that they, like the Jews and Christians before them, are required to fast: “Oh you who believe! Fasting is prescribed to you as it was prescribed to those before you, that you may (learn) self-restraint,” (Qur’an 2:183); in most Christian countries today, the only people who engage in community wide religious fasting are Jews and Muslims.

Most people in western countries, even religious people, have largely forgotten the spiritual value of fasting for self restraint that is so important in the Jewish and Muslim tradition. That self restraint is realized every year by voluntary community fasting.

But why should people restrict their culinary pleasures? More outrageous, why should we afflict ourselves by fasting?

Don’t most people today think that being happy is the most important thing? Isn’t eating one of the most easily accessible pleasures we have? Why should any religion demand that people restrict their pleasures?

Why should the Qur’an demand that, every year for the entire the month of Ramadan, Muslims fast from first light until sundown, abstaining from food, drink, and marital relations.

Why should the Torah decree a day of fasting for Jews? (Leviticus 16:29, 23:27). For the twenty-four hours of Yom Kippur (the Day of Atonement), Jews (in good health) are supposed to afflict their souls by abstaining from eating, drinking and marital relations.

Can what we do not eat, be even more important than what we do eat? All animals eat, but only humans choose to not eat some foods that are both nutritious and tasty. Some people do not eat meat everyday for religious/ethical reasons. Jews and Muslims do not eat the meat of a pig everyday for religious-spiritual reasons. But this is just a restriction, and not a total fast, because there is still plenty of other foods to eat.

So what is the Torah and the Qur’an trying to teach us by decreeing the importance of an annual period of total fasting? What spiritual benefits occur when we engage in a total fast?

First of all, fasting teaches compassion. It is easy to talk about the world’s problem of hunger. We can feel sorry that millions of people go to bed hungry each day. But not until one can actually feel it in one’s own body is the impact truly there. Compassion based on empathy is much stronger and more consistent than compassion based on pity. This feeling must lead to action.

Fasting is never an end in itself; that’s why it has so many different outcomes. But all the other outcomes are of no real moral value if one’s compassion and honesty are not enlarged and extended through fasting. As Prophet Muhammad said: “Whoever does not give up lying and deceiving, God is in no need of his giving up food and water.” (Bukhari)

And as Prophet Isaiah said, “The truth is that at the same time you fast, you pursue your own interests and oppress your workers. Your fasting makes you violent, and you quarrel and fight. The kind of fasting I (God) want is this: remove the chains of oppression and the yoke of injustice, and let the oppressed go free. Share your food with the hungry and open your homes to the homeless.”  (Isaiah 58:3-7)

Second, fasting is an exercise in will-power. Most people think they can’t fast because it’s too hard. But actually the discomfort of hunger pangs is relatively minor. A headache, muscle pains from too much exercise, and most certainly a toothache, are all more severe than the pains hunger produces.

The reason it is so hard to fast is because it so easy to stop. The food is all around, and in easy reach; all you have do is take a bite. Thus the key to fasting is the will power to decide again and again not to eat.

Our society has increasingly become one of self indulgence. We lack self discipline. Fasting goes in direct opposition to our increasing “softness” in life. As Prophet Muhammad said, “A strong man is not one who physically overpowers others. A strong man is one who controls himself when angry,”  (Related by Al-Bukhari, Muslim, Abu Dawood and Ahmad): and as Rabbi Ben Zoma said, “Who is a strong man? He who conquers his impulses; as scripture (Proverbs 16:32) says, “Whoever is slow to anger is better than the mighty, and he who rules his spirit than he who captures a city.” (Avot 4:1)

When people exercise their will-power and fast, they are affirming their self-control and celebrating mastery over themselves. We need continually to prove that we can do it, because we are aware of our frequent failures to be self-disciplined.

Third in our list of outcomes, fasting is a positive struggle again our dependencies. We live in a consumer society. We are constantly bombarded by advertising telling us that we must have this or that to be healthy, happy, popular or wise.

By fasting we assert that we need not be totally dependent on external things, even such essentials as food. If our most basic need for food and drink can be suspended for twenty-four hours, how much more our needs for all the non-essentials. Judaism doesn’t advocate asceticism as an end in itself. In fact it’s against Jewish law to deny ourselves normal pleasures.

But in our overheated consumer society it is necessary periodically to turn off the constant pressure to consume, and to remind ourselves forcibly that “Man does not live by bread alone.” (Deuteronomy 8:3)

Fourth, fasting serves as a penance. Though self inflicted pain may alleviate some guilt, it is much better to reduce one’s guilt by offsetting acts of righteousness to others. This is why, for Jews, contributing to charity is an important part of the Yom Kippur (Day of Atonement) fast. The same is true for Muslims during Ramadan. Indeed, fasting that doesn’t increase compassion is ignored by God.

Also, the concept of fasting as penance helps us understand that our suffering can be beneficial. Contemporary culture desires happiness above all else. Any suffering is seen as unnecessary and indeed evil.

Though we occasionally hear people echo values from the past that suffering can help one grow, or that an existence unalloyed with pain would lack certain qualities of greatness, many today seem to think that the primary goal in life is ” to always be happy and free of all discomfort.”

The satisfaction one derives from the self-induced pain of fasting provides insight into a better way of reacting to the externally caused suffering we have to experience anyway. Taking a pill is not always the best way to alleviate pain especially if by doing so we allay the symptoms without reaching the root cause.

The fifth outcome of fasting is an improvement in our physical health. Researchers at Yale University School of Medicine have published a study (Feb. 16, 2015 online issue of Nature Medicine), showing that a compound produced by the body when dieting or fasting can block a part of the immune system involved in several inflammatory disorders such as type 2 diabetes, atherosclerosis, and Alzheimer’s disease. It is well known that fasting and calorie restriction reduces inflammation in the body.

The sixth outcome of fasting for Jews is the performance of a mitzvah (a commandment from God), which is after all, the one fundamental reason for fasting on Yom Kippur. We do not do mitzvoth in order to benefit ourselves, but because our duty as Jews requires that we do them. Fasting is a very personal mitzvah, with primarily personal consequences. Fasting on Yom Kippur is a personal offering to the God of Israel from each member of the family of Israel.

For over 120 generations Jews have fasted on this day. A personal act of fasting is part of the Jewish people’s covenant with God. The principal reason to fast is to fulfill a mitzvah. The outcome of your fast can be any of several forms of spiritual enrichment.

But simply knowing that you have done one of your duties to God as a religious adult is the most basic and primary outcome of all. And being closer to God protects one from evil as Prophet Muhammad said: “fasting is a shield against evil.” (Al-Tirmidhi Hadith 2)

Finally, fasting should be combined with the study of Sacred Scripture (Torah for Jews, Qur’an for Muslims). Indeed, the more one studies, the less one needs to fast. A medieval Jewish text states, “Better to eat a little and study twice as much, for the study of Torah is superior to fasting.”

Fasting is a very personal, experiential offering. However, though study is also a personal experience, it takes place with a text and/or a teacher. The Divine is often more readily and truly experienced in dialogue with others than in personal self-affliction. And increasing self discipline is the most wonderful religious outcome of all because it helps us live a virtuous life..

In today’s world most people can find more than enough food to eat. The challenge today is to be strong enough to exercise self control over the daily pleasures of life as well as the obvious evils of hatred and anger. Fasting is meant to enable us to conquer anger and not let anger conquer us, and to develop our self control; for the vigorous effort of willfully putting up with a religious state of hunger and thirst can well be extended to conquer other defects of human character that lead us into error and sin.