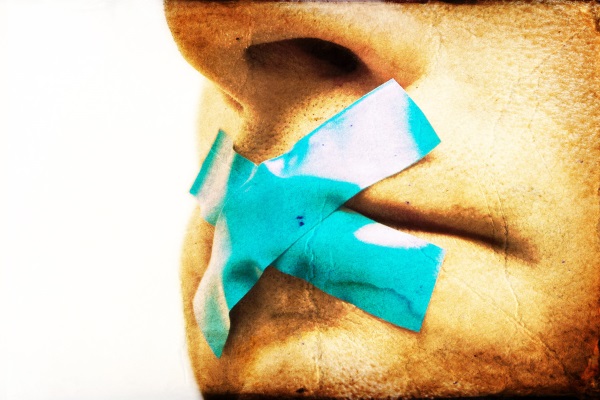 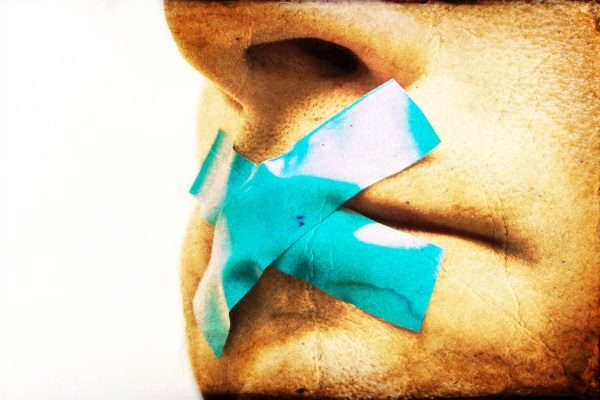 No part of the body has received attention from our Prophet peace be upon him to warn us about as much as the tongue. Yet, it seems that for most of us there is no part of the body we pay less attention to than our tongues. And in spite of the damage we inflict upon ourselves and others around us, very few of us make a conscious effort to control this piece of flesh that seems to make a vow every morning to get us in trouble one way or another. If each of us takes the time to take him or herself into account about what they’ve uttered throughout the day, and the possible here now and hereafter repercussions of those seemingly effortless breaths of air, we might end up with anxiety attacks.

This is nothing new. We all know the problem of the tongue. But for some reason, it’s just so irresistible to open up our mouths to say what comes to our minds the second it comes up. Very few have actually reflected upon our very anatomy to get a sense of what God has intended for us to do with it. Consider this: two ears, one mouth – this should be a hint for what kind of speech/listen ratio we should be striving for. How about this: a set of lips, a set of teeth – two gates/check points before that tongue comes out.

The very beginning of worship is silence. Our relationship with God, the basis of which is through the prayer, is preconditioned by our very conscious act of keeping silent from everything other than the remembrance of Him. The Messenger of God peace and blessings be upon him said:

Four (qualities) do not gather except in a believer: silence which is the beginning of worship, humility, remembrance of God the Exalted, and minimal wrongdoings

We should reflect upon this virtuous quality of silence. It’s interesting that when we’re standing before our Lord in prayer and in connection with the metaphysical realm, we can sever this connection if we purposefully speak or talk to anyone. The great Imam of Hadith and jurisprudence Abi Allayth As’Samarqandi mentions in his book “Alarming the Heedless” (تنبيه الغافلين) that Jesus Christ peace be upon him was reported to have said:

Do not speak much with other than the remembrance of God for if you do your hearts will become hardened, and a hardened heart is far from God but you’re not aware of it

The Imam also mentioned that some of the noble companions used to say:

Inexorability of the heart is when hearing the words of God recited does not result in feeling anything. It’s when the mention of the Messenger of God peace be upon him does not generate a deep yearning to be in his company. God tells us in the Quran:

Only those who are believers are those whose hearts tremble when God is mentioned, and when His communications are recited to them they increase them in belief, and upon their Lord they place their trust [8:2]

If we find it difficult to get our act together when it comes to our prayer, fasting, and striving to perform virtuous acts due to weakness in the limbs, we should recognize that we’ve been occupying our tongues with that which we shouldn’t have. It’s been reported that Abi Sa’eed Al Khudari may God be pleased with him said:

If the son of Adam wakes up in the morning, all the limbs talk to the tongue and say: O tongue, we beseech you by God to be straight, because if you’re straight we’ll be straight, and if you’re crooked we’ll be crooked

Given our modern day technological advancements, our tongues have gained an unprecedented ability to go beyond their immediate vicinity to inflict damage. Although people are talking less and less in a physical sense of the word, our failure to keep our tongues straight is manifesting itself on our fingertips as we text message, twitter, and Facebook what our tongues would like to say in person. So now we’re in a position our predecessors couldn’t have imagined for themselves. Even when word got around about something someone said, its radius of spread was not more than a few kilometres. Now, it goes around the globe in an instant and comes back. Furthermore, since we can do it from behind a screen, we now have the ability to say things that we might not say if we had to say them in person. To think of the impact this has on one’s spiritual wellbeing should make us shudder.

Books have been written about the tongue and its ailments and the need for a believer to control it. We all know the stark warning the Messenger of God peace and blessings be upon him gave about it when he said that one of us would speak a word without paying much attention to it and it results in being one that causes him to fall into the abyss of Hell for seventy years. If we consider our day-to-day interactions and our relationships with relatives and friends and co-workers, the manifest power of the tongue will become apparent. Every relationship that begins, begins with a word. Every relationship that ends, ends with a word. Words can start wars and words can bring about peace. Words can secure a presidential bid and words can end it. After all, it’s acceptance of realities behind words that can bring one into Islam or take them out of it.

In this day and age of so many people screaming for their rights to speak freely, very few are recognizing that this freedom, just like any other freedom, comes with an immense responsibility. Sadly, even fewer exercise their right to stay silent – whatever happened to Freedom of Silence?

There is a Muslim wisdom about silence that’s quite profound:

In silence are 7000 measures of good, and these have all been gathered in 7 phrases, each of which contains a thousand measures. In silence is worship without exertion, adornment without jewellery, awe without power, a fortress without a wall, freedom from need to apologize to anyone, rest for the noble record keepers, and veiling of one’s faults

It makes one wonder how much peaceful would the world become if everyone managed to learn how to restrain their tongues. With all the revolutions against oppressive tyrants throughout our history until today and possibly into the future, we have yet to have a revolution against what can possibly be the greatest oppressive tyrant of all: our tongues!