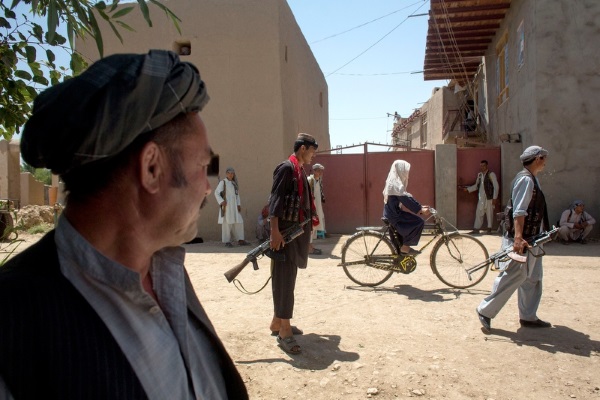 Afghanistan signed a draft agreement on Wednesday, May 18 with the Hezb-e-Islami militant group in a move the government hopes could lead to a full peace accord with one of the most notorious warlords in the insurgency, Reuters says.

Hezb-e-Islami leader Gulbuddin Hekmatyar is a veteran of decades of Afghan war and rights groups have accused his group of widespread abuses, particularly during civil war in the early 1990s, when he briefly served as prime minister.

But with little sign that the Taliban are ready to join peace talks, the deal offers President Ashraf Ghani’s government a concrete sign that it is making headway in drawing insurgent groups away from the battlefield and into the political process, Reuters says.

Mohammad Khan, deputy to government Chief Executive Abdullah Abdullah, said the draft accord was a positive step but more work would be needed for a final deal.

“We are optimistic about this agreement and we strongly support it,” he told reporters in Kabul before the accord was signed by a delegation from Hekmatyar’s party and officials from Afghanistan’s High Peace Council. But he added: “This doesn’t mean it’s finalised.”

The announcement came as officials from Pakistan, the United States, China and Afghanistan held another round of meetings, in Pakistan, aimed at laying the ground for peace talks with the Taliban, who have refused to join the talks.

Under the terms of the draft, members of Hezb-e-Islami would be offered an amnesty, similar to that offered in 2007 to warlords accused of war crimes as well as a release of prisoners held by Afghan authorities.

The government would also work to have the group removed from a U.N. black list.