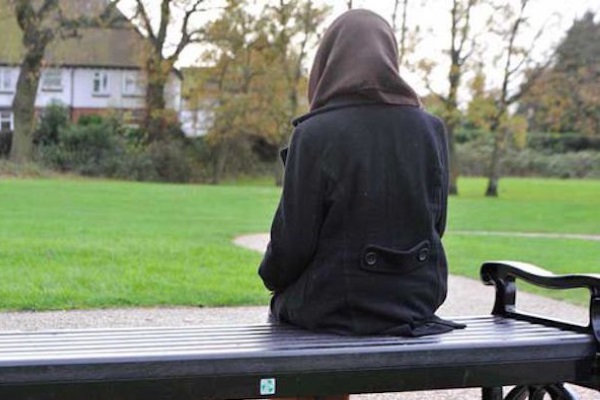 At the end of last year, an American man on a flight to Chicago approached a female stranger sitting a few rows in front of him and demanded she undress for him.

When she refused, he tore off a piece of her clothing, leaving her, as a court in the US last week noted, “exposed and violated”. The man, Gill Parker Payne, last week pleaded guilty and will be sentenced shortly.

A clear-cut case of sexual assault, surely. Yet the woman Payne assaulted, known in court as KA, was Muslim and the item of her clothing he tore off was her hijab. Payne therefore pleaded guilty to a charge of “obstruction of a person’s free exercise of religion”, a crime that generally carries a lesser sentence than sexual assault.

Islamophobia is nothing new, of course, but from the beginning of this particular period of seeing Islam as the “other”, roughly since 2001, I’ve been fascinated by the rage that some people exhibit towards the hijab. It goes beyond the mere wearing of a piece of cloth. There is something about the act of choosing to wear a headscarf that seems to bring out a particular anger in some parts of the West.

(That qualification is necessary, because Islamic countries, like conservative Christian countries, have their own histories with, and therefore attitudes towards, veiling.)

That anger is different from the surprise, even discomfort, someone might feel at seeing something novel. Seeing a group of women in hijab in a small town, for example, may provoke surprise, but it is unlikely to provoke anger.

The hijab is, certainly, a mere piece of cloth. But it also exists at the nexus of racism, sexism and nationalism.

The anger towards the hijab is rooted, in particular, in sexism. There may be other elements to the dislike of the hijab – for some it may symbolise a different culture or different notions of gender equality – but the forceful, angry desire to unveil women is clearly rooted in the desire to control how women exist in the public space.

To see why, take all of the other elements that seem to go along with the hijab – religion, immigration, integration – out of the equation, and what is left is the desire of some individuals and governments to decide what women can and can’t wear.

To seek to define, through laws in the case of governments and through violence and shame in the case of individuals, how women dress and, in particular, how much of their bodies must be exposed.

A desire to unveil

What happened on the flight from Chicago – and what happens in similar incidents across the West – was a literal stripping of a woman in public. Had the man forcibly removed her skirt or trousers, we would recognise it as an act of violence, rooted in the man’s desire to impose himself on her, to expose her body.

(Interestingly, we do recognise it as an act of violence in Muslim countries. Forcibly removing a woman’s hijab on the street in Cairo is understood as an attempt to impose sexual power over her, to expose something she would prefer to keep hidden.)

Yet because the broader cultural norm in western countries is that a woman covering her hair is not an essential component of modesty – whereas a woman covering her chest is – we don’t immediately recognise it as an assault. But modesty is a relative term and freedom must mean the freedom to choose what is exposed as much as to choose what is covered.

The desire, then, to forcibly remove the hijab is really part of a broader problem of men seeking to exert power over women.

One of the reasons why the hijab issue is so complex is because, at least in the West, it exists in a space that subverts cultural expectations of how women should behave.

Societies develop systems to regulate behaviour. Western feminists would say that there is enormous pressure placed on women to dress, behave and move through the public space in a particular way. Revealing clothing provokes one reaction, excessively modest clothing another. But clothing is an integral part of how societies judge women and allow them access to the public space. It is never merely about fashion.

At least in the West, the hijab subverts those expectations. It undercuts what feminists call the “male gaze” – the idea that media, advertising and culture look at women from the perspective of men, and that the wider society absorbs those viewpoints. Women, by this theory, are reduced to objects, judged by how they look and dress – but always judged from the perspective of men.

The anger against the hijab comes because some men – and, let’s be honest, some women – feel that Muslim women get to “opt out” of the pressures and expectations western societies place on women. Women in hijab remove themselves from the beauty standards that apply to other women. They cannot be judged – and therefore celebrated or minimised – based on what they wear. This, for those who benefit from the system, is enraging.

That’s why some lash out. When they feel their privilege is being eroded, they react the way people always react when their power over someone else is removed – with violence.