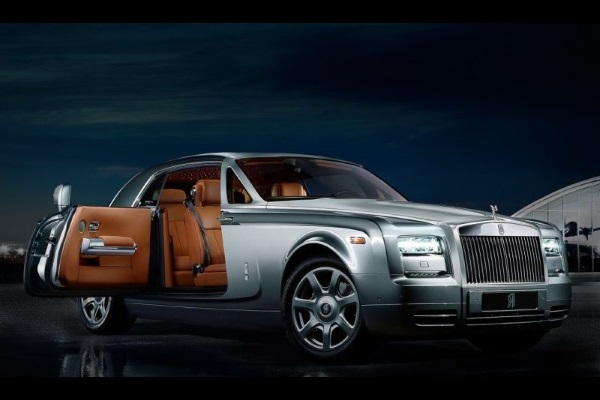 This is a story of a Muslim man whom we shall call ‘Āshiq-e-dollar’ (lover of the dollar) due to his intense love for money. He was very rich and he also spent his money lavishly. You could say he bathed in money, wiped his sweat with notes and sneezed into $100 bills.

It was almost Maghrib time. Brother Āshiq-e-dollar came out from his posh office and started walking briskly towards his Rolls-Royce Phantom, today’s most expensive car, parked in his car park. He was clad in a Kiton K-5 suit, one of the most expensive brands of suits.

Actually today was a very special day for Āshiq-e-dollar. He had recently received the keys to his beach-side bungalow, a luxurious house worth $12 million and he was going to perform its opening ceremony. For that purpose he had organized a grand dinner. He had invited VIPs from all walks of life to be the part of the celebrations. He was rushing to reach there before the invited guests would start arriving. As he was walking he continued getting calls after calls on his Diamond Crypto Smartphone worth $1.3million.

While he was on his way he met a Muslim brother who was one of his acquaintances. “Assalāmu’alaykum Brother,” said this man, “I am going to the Masjid for Maghrib Salāh. Are you joining me?”

Āshiq-e-dollar looked at him and hurriedly said, “I am sorry I can’t join you. I have a very important commitment and I am already late.” Saying thus he turned away from him and continued walking towards his car.

He did not know that while he was walking all this time he was being followed by someone. When he was very close to his Rolls-Royce Phantom, the man who was following him gave him a nudge. Thinking that he wanted some financial aid, our friend said, “Look! I do not have any cash now, come and see me tomorrow.” After saying this he turned towards his car and tried to get in.

The man said, “I do not want any money. I just wanted to tell you I have an appointment with you.”

“An appointment?” asked Āshiq-e-dollar. “But I have no idea about it. My PS (private secretary) never talked to me about this appointment. Anyway, I cannot meet you today as I have a very special task in front of me. I have my $12 million house ready and I intend to move in tonight. For this reason I have invited many guests including some celebrities to attend a dinner party. I have to be there in time.”

“But you have your house ready elsewhere.”

“What do you mean I have my house ready elsewhere?” Brother Āshiq-e-dollar asked curtly.

The stranger said, “It’s just on the outskirts of this city, somewhere near the forest area. It’s a simple 6 ft by 6 ft by 3 ft dwelling and you are going to remain there till the day of Qiyāmāh.”

“Please don’t talk in riddles,” Āshiq-e-dollar said, somewhat startled, “tell me in clear terms what do you actually mean.”

“Well, to tell you the truth,” the man said, “I am Malakul Maut or what you commonly refer to in this world as the Angel of Death. I have been assigned to take your Rooh (soul) this very moment before you sit in your car.”

In a fraction of a second the situation changed drastically. Brother Āshiq-e-dollar started shivering uncontrollably while sweating profusely.

“But I think you have come at the wrong time. I have a ‘once-in-a-lifetime’ occasion in front of me. At least wait for a while so that I can contact my family…” He could not complete his sentence and collapsed down just outside his $800,000 car. Within a matter of seconds he was no more. He was gone!

All this happened while his Diamond Crypto Smartphone went on ringing but it remained unanswered. Our brother was not in a position to answer his mobile phone but in a few hours’ time he was supposed to answer the questions that Munkar and Nakeer were going to ask him in his Qabr.’

That is the end of the episode. Of course it is an imaginary one as Malakul Maut is not known to appear in human form at the time of our death. However, the message we want to convey to the Ummāh is that in today’s times Muslims have become so engrossed in earning their duniā that they forget the impending death that is hovering over them and that can strike at any moment.

Abu Hurairah Radiyallahu ‘anhu narrates that Rasulullāh Sallallāhu ‘alaiyhi wasallam said: Hasten to perform good deeds before you are overtaken by seven things: Are you waiting for 1. Such poverty that makes one unmindful of devotion, or 2. Wealth that makes one rebellious, or 3. Sickness that disables, or 4. Old age that makes one lose his senses, or 5. Sudden death (often not giving an opportunity of turning with repentance), or 6. Dajjāl who is the worst evil of those absent evils being awaited, or 7. The Hour? And the Hour is very grievous and very bitter. (Tirmidhi)  This means that one should prepare for his Hereafter by performing good deeds before any of the above mentioned seven situations arises, thus rendering him unable to do good deeds.