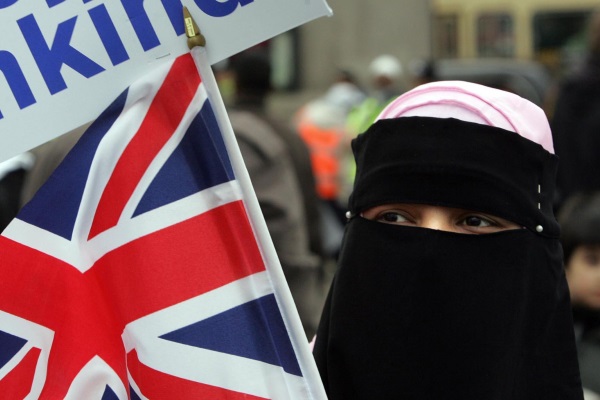 A great many things have been said about Muslims as UK citizens, mainly by non-Muslims. The prime minister, David Cameron, believes that if more Muslim women became proficient in English, for example, it would help beat extremism and terrorism. Meanwhile, Trevor Phillips, the former chair of the Equality and Human Rights Commission, says that UK Muslims “See the world differently from the rest of us”.

Phillips also presented a controversial Channel 4 programme called What British Muslims Really Think, which put across the message that Muslims are more conservative than the majority population and don’t want to integrate into wider society.

The debate is often highly intemperate – and both Muslim and non-Muslim voices alike have suggested it contributes to further stigmatisation of an already marginalised and disadvantaged Muslim population. In this highly politicised climate, the relationship between Islam and citizenship has also come under scrutiny by Citizens UK, a charitable voluntary organisation with churches, mosques and unions among its members.

The commission is holding a series of public hearings throughout the UK, asking Muslims to speak about barriers to their participation in society but also asking how “the Muslim community” can improve its participation. Although commendable for speaking with and soliciting views from Muslims around the country, there is also a problem with the approach chosen by Citizens UK, in that it only focuses on the Muslim population. In a febrile political atmosphere, it risks legitimising the isolation of Islamic faith and the prejudiced idea that Muslim citizens in Britain are uniquely problematic and a “one-voice” community.

In a study published in April 2016, Beatrice Halsaa and I conducted research that compares women of Muslim and Christian faiths and also contrasts the UK context with Norway and Spain. Contrary to the notion that Muslims might view citizenship differently from Christians, our research shows that they have at least as much in common as not.

Interviews with women attending churches and mosques in Leicester, Oslo and Madrid showed that Muslim and Christian women in these cities had similar views of what citizenship is and how a good citizen should act. This is a point that has deep political ramifications – especially for those who believe that Muslims somehow have less of a sense of citizenship than other groups. It also illustrates the need to look for common ground among different faith communities, not just differences.

The main aspirations expressed by both Muslim and Christian women are the same: to live in peace and care for their families, friends and neighbours. They all express a desire to contribute to society by playing an active part in local communities and to feel that they belong by connecting with others. What emerged from our interviews was the shared belief that a good citizen not only respects the law of the land, but also has compassion for others and volunteers to make society better.

‘So you are from al-Qaeda?’

But a major point of difference also emerged: the discrimination and stigmatisation felt by the Muslim women we interviewed in all three countries. By contrast, our Christian interviewees did not speak much at all about any form of exclusion.

Moreover, very few Christian women reflected in any way on privileges attached to Christianity as the dominant religion in their own country. An exception was an Anglican woman in the UK who suggested it is easier to follow the Christian religion in the UK than any other religion, as “everything is set up for you, people don’t question it”. In other words, citizenship is far from equal for people of different religions.

Uniquely, the Muslim participants in all three countries spoke of the barriers to their “lived citizenship” – their everyday life experiences as citizens. Muslim women felt a need to demonstrate that they are “good Muslims” and “good citizens” so as to counter stereotyping and negative media portrayals.

A Shia woman in the UK said that she is not as comfortable in public spaces as she used to be. She also observed that it is more normal for Muslim women to wear the hijab, but that this heightened visibility of faith is also causing problems of stigmatisation and stereotyping. She and others suggested that Muslim women are under more pressure than Muslim men to demonstrate good citizenship – as women are more visibly Muslim due to their dress. Another told us:

I just feel for Muslim women; at the moment it is really important for us to be part of the society. Because otherwise they are going to take the media hype and isolate us.

Muslim women identified barriers to citizenship that were not echoed by Christian women. Negative stereotyping in the media and discrimination in the workplace, in educational contexts, on city streets and public transport, affected Muslim women’s citizenship in negative ways. Their religious identities were questioned, their religious dress was ridiculed and their sense of belonging to society was undermined.

One woman recounted being met when at secondary school with reactions such as “Oh, so you are from al-Qaeda” and “Look out, she is going to plant a bomb”. These findings confirm other recent studies of the discrimination that Muslim women experience due to their religious identity. They feel that being a Muslim puts you in a position of disadvantage and marginalisation in relation to a majority society that is overwhelmingly either Christian or secular – and one that is rife with stereotyping and increasing Islamophobia as evidenced by Tell Mama.

While discrimination may well emerge as a main finding from the public hearings being held by the Citizens UK’s Commission on Islam, the strong sense of shared values and collective purpose and the similar sensitivities towards civic responsibilities we found among both Christians and Muslims in our study might be overlooked.

The “Muslim other” is much more like the broader community in the UK than we might think – and if this point is missed, then political debates as well as governmental strategies (such as the Prevent agenda) might well lead to further stigmatisation and alienation rather than to inclusion and cohesion. The “integration challenge” may not be as huge as some people want to suggest – whether for political reasons or just plain prejudice.