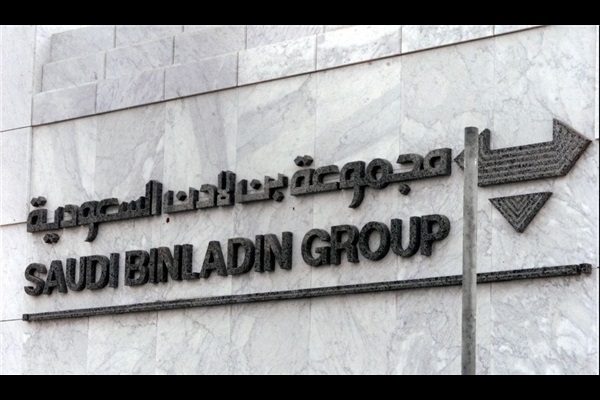 Saudi Arabia must pay Binladin Group’s foreign workers as they are victims of the fight between the firm and the Saudi leadership, said Ali Al-Ahmed, of the Institute for Gulf Affairs, amid reports of thousands facing unpaid salaries and layoffs.

Saudi construction giant Binladin Group reportedly sacked about 50,000 workers after the company suffered spending cuts by the government. Binladin’s employees – most of whom are foreign workers from Asia – have been staging protests in Mecca and Jeddah over salaries going unpaid for months and reported layoffs. According to newspaper al-Watan, after dismissing the foreigners, the company gave them exit visas to leave the state.

RT: This is not the only company whose revenues have plunged dramatically. What do you think has led to this situation?

Ali Al-Ahmed: The Binladin Group is the largest construction company in Saudi Arabia and it had the lion’s share of the government projects. But since last year, since King Salman came to the throne, he has been slowly cutting the company out from government projects and contracts and used the catastrophe in Mecca and the Hajj, the collapse of the crane, to freeze the group’s assets and ban the directors from leaving the country. The company was unable to pay its workers and it is probably going to disappear in a matter of months – [to go] from a multibillion dollar conglomerate to a company that we will never hear from again, because mostly of the political discussion by the new king, by King Salman, to allow his son and their partners to take over this very lucrative market of government construction and private construction. The Binladin Group did not only work for the government, it also did a lot of private construction work. They have not been allowed to do so since the beginning of this year. The company is basically witnessing its last days. A similar thing happened to the other group, the Saudi Oger Group owned by the Hariri family. It has also been in deep financial trouble.

RT: Foreign governments have already pressed the Saudis over the delayed wages. What could have been or should be done by the government to tackle the problem?

AA: The Saudi government is run by a family or a part of a family. They shape the government policy to serve their own personal interests. They are reengineering the construction market in favor of the new King and his son and their partners. The Saudi government should have given Binladin its money because the Binladin Group still has a huge account with the Saudi government, which they haven’t been paid probably billions of dollars, and that is why they are unable to pay these workers and they are losing thousands of jobs. This has been the issue in the Saudi Arabia and in the Gulf generally, because of the absolute monarchy system there. Nothing is safe. You cannot protect yourself against the decision by the government to freeze your assets or activity no matter how large you are.

RT: Is there any connection between the oil price crisis and the situation with the Binladin company?

AA: I think it did have some relation to it, but the real problem behind the taking down the Binladin Group is not the lower oil prices. The ruling family still owns and controls over a trillion dollars worth of assets. Who is in trouble is the state, the government, or the government coffers. The ruling family – the king, his sons, nephews, and brothers – they are still gaining more wealth in this process. It is not the fact that they don’t have the money, it is just they don’t want to give that money to the state, or to use that money to pay the state’s bills.

In case of Binladin, it doesn’t because the government doesn’t have billions to pay them, it was a political decision, because King Salman doesn’t like the Binladin family. And numerous cases and incidents shown that. The Saudi government that didn’t pay Binladin, [but] gave Egypt and other governments billions of dollars, bought a lot of weaponry. In the past year they spent almost $100 billion on the war in Yemen… So they do have the money, it is just that they don’t want to give it to the Binladin Group.

RT: Saudi Binladin Group is still a multibillion-dollar corporation. Couldn’t they use reserves instead of solving their financial problems at the expense of foreign workers?

AA: Absolutely. The foreign workers are probably the forgotten victims here. I think they lost the most here, because most of them are very poor and with limited income… They left their countries to make money for their families. So the Saudi government must pay them, and not only for the six months, but also something in addition, because they are the victims, they have no role in the decision or in the fight between the Binladins and King Salman. That is why the focus should be internationally to force and demand the Saudi governed pay these poor workers so that they can feed their families.

The statements, views and opinions expressed in this column are solely those of the author and do not necessarily represent those of RT or MuslimVillage.