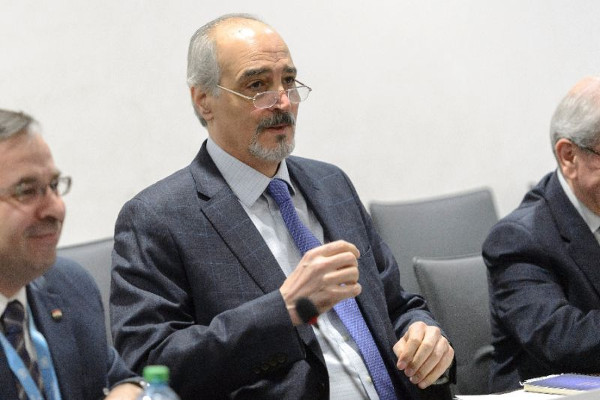 De Mistura did not give a specific starting date, saying only that “The great thing about proximity talks is they are dramatically flexible.”

As the warring parties refuse to meet face to face, the U.N. envoy shuttles from one delegation to another. Therefore, he said it was not necessary for all the delegations to be present at the same time. He said he expects staggered arrivals to begin early next week, with earnest negotiations set for April 13.

“The next round of the talks need to be quite concrete in the direction of a political process leading to a real beginning of a political transition…. Since this is real stuff, I need to verify the international and regional stakeholders position in order to [assess] the level of a critical positive mass leading to concrete results in the next round of talks,” de Mistura said.

For this to happen, the U.N. envoy said he was going on a mini verification tour to gauge the level of agreement from countries of influence for delving seriously into the political process.

He said he already has met with Russian officials and that in the coming days he will be going to Damascus and Tehran, followed by meetings in Europe with Turkish and Saudi Arabian authorities.

Earlier this year, Syrian President Bashar al-Assad announced parliamentary elections to be held April 13. De Mistura said he was aware of this is happening on the day talks he hopes to resume talks. He said he expects the Syrian government delegation is likely to arrive in Geneva on April 15.

He declined to comment on the parliamentary elections, noting the only elections he is willing to discuss are those sanctioned by Security Council Resolution 2254. This resolution calls for UN-monitored elections to be held in Syria within 18 months of the restart of the peace process in March.