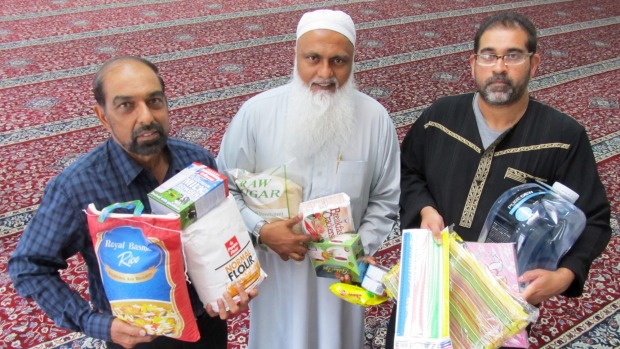 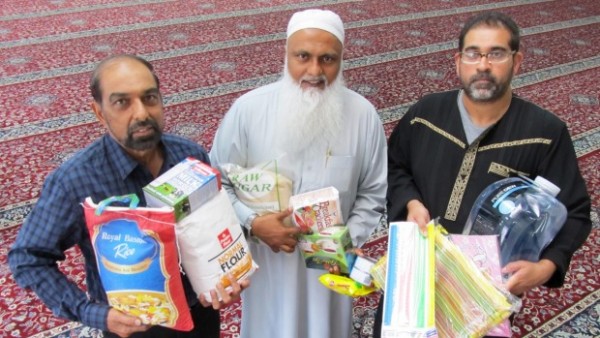 People are being encouraged to dig deep to help those affected by Fiji’s deadly storm.

Muslims at the Masjid At-Taqwa mosque in Manukau are donating money and goods to send to Fiji, which was struck by Cyclone Winston on February 20, and they’re calling on the community to support them.

More than 40 people have been confirmed dead in the storm. Many Fijians have been left without shelter and are affected by shortages of food and safe drinking water.

The masjid’s imam, or leader, Dr Shaykh Mohammad Anwar Sahib, says his congregation feels compelled to lend a hand where it can.

“It is relevant to us as human beings and as Muslims in that we have a responsibility to help anyone in need.

“Fijians are our neighbours and they are suffering.

“We have a lot of Fijians in our congregation and we try to help people in whatever way we can.”

Sahib, along with the masjid’s treasurer, Mohammed Afiz​, and assistant secretary, Muntazeem Faiyaz Khan, hail from the Fijian island Nadi.

They all know people seriously affected by the disaster.

Afiz says the masjid is collecting a wide range of goods, including clothing in good condition, to send to Fiji on March 12.

“We are sending non-perishable items such as bottled water, flour, sugar, rice, and canned goods.

“Their [Fiji’s] crops are all under water and go rotten within a week and their tree fruit, such as bananas, is gone.

“We aren’t doing this because we are Fijian. Our faith teaches us to help all people.”

Khan is speaking to New Zealand businesses to try to get a good bulk deal on school supplies, such as packs of pens, books and paper, to send to Fiji.

“The schools’ roofs and desks are gone,” he says.

“Most of the children don’t have any stationery now as they leave it at school and it’s been blown away or lost in the water.

“The things we are sending are not for one particular group. It is for whoever needs it.”

People keen to donate toward Masjid At-Taqwa’s Cyclone Winston appeal need to do so by March 11.