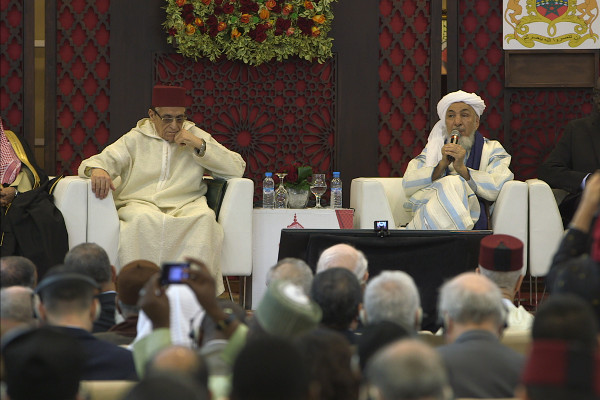 When Muslim peacemakers take bold initiatives to counter violence and work for peace, the world should take note. People of all faiths – and no faith – should do everything they can to support these efforts. Let me tell you why we should celebrate and support the Marrakesh Declaration.

Sheikh Abdullah Bin Bayyah, a brilliant Islamic scholar and gracious peacemaker, convened 300 people from 120 countries on January 25-27, 2016 in Marrakesh, Morocco. This gathering was the conclusion of a 4-year process of deliberation. Muslim scholars, government officials and non-Muslim observers gathered to address the rights of religious minorities in Muslim majority countries. And I was privileged to be one of their honored guests.

The Marrakesh Declaration is based on the , a 7th century contract between Muhammed and the Jewish tribes of Medina, which functioned as a constitution for a multi-racial and multi-faith society. According to the conveners of the conference, the Charter of Medina provides authoritative guidance for how Muslims should treat minorities in their countries today.

There have been periods in Islamic history where Christians, Jews and Muslims lived side-by-side peacefully. My friend and fellow peacemaker, Sami Awad (a Christian Palestinian living in Bethlehem) has shared beautiful stories of Christians and Muslims living together in harmony in his lifetime.

But that is not always the case. Christians, especially, have been and are presently persecuted by Muslims. So the Marrakesh Declaration could be a game changer in Christian-Muslim relations. (And yes Christians have done their share of persecuting Muslims as well).

Here are four reasons I think we need to support this peacemaking effort:

The Marrakesh Declaration has the potential to be one of the most important Islamic events in modern history – a powerful, peacemaking counterweight to the violent Islamic extremism embodied in groups like ISIS.

Will you join me? This could be a game changer in Christian-Muslim relations!