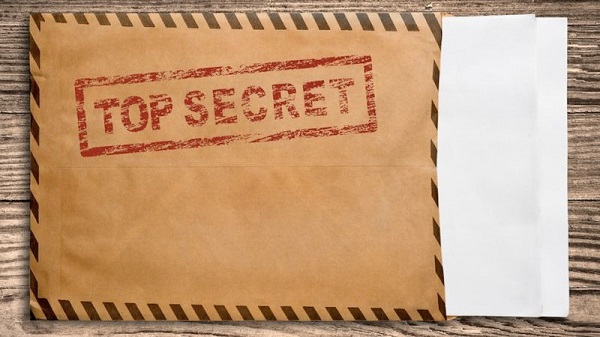 For the past year, US, British and other western forces have been back in Iraq, supposedly in the cause of destroying the hyper-sectarian terror group Islamic State (formerly known as al-Qaida in Iraq). This was after Isis overran huge chunks of Iraqi and Syrian territory and proclaimed a self-styled Islamic caliphate.

The campaign isn’t going well. Last month, Isis rolled into the Iraqi city of Ramadi, while on the other side of the now nonexistent border its forces conquered the Syrian town of Palmyra. Al-Qaida’s official franchise, the Nusra Front, has also been making gains in Syria.

Some Iraqis complain that the US sat on its hands while all this was going on. The Americans insist they are trying to avoid civilian casualties, and claim significant successes. Privately, officials say they don’t want to be seen hammering Sunni strongholds in a sectarian war and risk upsetting their Sunni allies in the Gulf.

A revealing light on how we got here has now been shone by a recently declassified secret US intelligence report, written in August 2012, which uncannily predicts – and effectively welcomes – the prospect of a “Salafist principality” in eastern Syria and an al-Qaida-controlled Islamic state in Syria and Iraq. In stark contrast to western claims at the time, the Defense Intelligence Agency document identifies al-Qaida in Iraq (which became Isis) and fellow Salafists as the “major forces driving the insurgency in Syria” – and states that “western countries, the Gulf states and Turkey” were supporting the opposition’s efforts to take control of eastern Syria.

Raising the “possibility of establishing a declared or undeclared Salafist principality”, the Pentagon report goes on, “this is exactly what the supporting powers to the opposition want, in order to isolate the Syrian regime, which is considered the strategic depth of the Shia expansion (Iraq and Iran)”.

Which is pretty well exactly what happened two years later. The report isn’t a policy document. It’s heavily redacted and there are ambiguities in the language. But the implications are clear enough. A year into the Syrian rebellion, the US and its allies weren’t only supporting and arming an opposition they knew to be dominated by extreme sectarian groups; they were prepared to countenance the creation of some sort of “Islamic state” – despite the “grave danger” to Iraq’s unity – as a Sunni buffer to weaken Syria.

That doesn’t mean the US created Isis, of course, though some of its Gulf allies certainly played a role in it – as the US vice-president, Joe Biden, acknowledged last year. But there was no al-Qaida in Iraq until the US and Britain invaded. And the US has certainly exploited the existence of Isis against other forces in the region as part of a wider drive to maintain western control.

The calculus changed when Isis started beheading westerners and posting atrocities online, and the Gulf states are now backing other groups in the Syrian war, such as the Nusra Front. But this US and western habit of playing with jihadi groups, which then come back to bite them, goes back at least to the 1980s war against the Soviet Union in Afghanistan, which fostered the original al-Qaida under CIA tutelage.

It was recalibrated during the occupation of Iraq, when US forces led by General Petraeus sponsored an El Salvador-style dirty war of sectarian death squads to weaken the Iraqi resistance. And it was reprised in 2011 in the Nato-orchestrated war in Libya, where Isis last week took control of Gaddafi’s home town of Sirte.

In reality, US and western policy in the conflagration that is now the Middle East is in the classic mould of imperial divide-and-rule. American forces bomb one set of rebels while backing another in Syria, and mount what are effectively joint military operations with Iran against Isis in Iraq while supporting Saudi Arabia’s military campaign against Iranian-backed Houthi forces in Yemen. However confused US policy may often be, a weak, partitioned Iraq and Syria fit such an approach perfectly.

What’s clear is that Isis and its monstrosities won’t be defeated by the same powers that brought it to Iraq and Syria in the first place, or whose open and covert war-making has fostered it in the years since. Endless western military interventions in the Middle East have brought only destruction and division. It’s the people of the region who can cure this disease – not those who incubated the virus.

So goes the famous line from George Orwell’s novel 1984. And so, too, can our forces today claim over a number of groups we find in the Middle East. In many ways, the enemy of my enemy is my friend when dealing with the Middle East, and in the battle between ancient tribal groups, when you lack an enemy, sometimes you need to make one.

In a new report from the UN, it is revealed that the Israeli Defense Forces (IDF) were maintaining regular contact with members of the so-called Islamic State since May of 2013. Initial reports from the IDF stated that this was only for medical care for civilians, but that story fell apart when the UN observers identified direct contact between IDF forces and ISIS soldiers, including giving medical care to ISIS fighters. Observations even included the transfer of two crates from the IDF to ISIS forces, the contents of which have not been confirmed at this time. Further the UN report identified what the Syrians label a crossing point of forces between Israel and ISIS, a point of concern brought before the UN Security Council. This report from the UN strengthens the claims by the Syrian regime that Israel is heavily involved in operations within the nation.

This is part of a continuing pattern of Israeli support for the Islamic State. It was only two months ago that Israel attacked Syrian forces in opposition to ISIS forces. Israeli attacks even killed an Iranian military adviser for the Syrian military just two weeks ago. The U.S.’s financing of ISIS, part of the effort against Syrian president Assad, is well documented, as well. That the efforts to undermine the Assad regime were in turn strengthening the same terrorist group which recently set a Jordanian pilot on fire to set an exampleis conveniently ignored by the higher up military command.

When the United States began operations against ISIS, Israeli high command seemed reluctant to give any support and called the move a mistake. The support of ISIS fits in with Israeli concerns in the region, namely that of Syria and Iran, and U.S. opposition to ISIS has put the United States in the awkward position of once again arming the enemies we will be fighting tomorrow.

Syria and Iran both pose a threat to Israel with their sizable conventional forces and political clout in the region, in much the same way Iraq was before the elimination of Saddam Hussein. With the toppling of Saddam, pieces of concern remain, and Israel appears to still maintain the old axiom that the enemy of my enemy is my friend.

Supporting ISIS for Israel enables them to eliminate two issues at once, only once Syria is no longer a concern — a move which would in turn neutralize Iranian influence in the region — Israel then would turn its attention to ISIS, bolstered by other anti-ISIS forces from Saudi Arabia, Turkey and the United States. That would take several more years, however, during which time ISIS would continue to grow in both size and power. By the time they turn their attention to ISIS, it is quite possible that ISIS would have toppled the nations which Israel is counting on for support of such an operation. Too little, too late.

Traditionally such groups as ISIS have relied upon Saudi Arabia for support, but Saudi money is conspicuously absent from ISIS coffers. Unlike groups before, ISIS has gone self-financed, relying upon prostitution, slavery and oil for its financial well-being. This, in turn, removes the protections which Saudi Arabia has relied upon for almost a century to prevent such organizations from turning on the House of Saud and potentially conquering the kingdom which is now in the sights of the Islamic State.

In turn, the ISIS forces have all but forced the Kurds to become a mighty force unto themselves, much to the anger of neighboring Turkey. Rather than helping to fight ISIS, Turkey is instead attacking the forces standing in opposition to ISIS. The entire situation has spiraled out of control.

In effect, there is no side to support here, as each side is being supported at once in opposition to the other side. By enabling the creation of ISIS, we have taken an already unstable situation and poured gasoline over it. Now we are facing a true threat, not from ISIS or Iran or Syria, but against our own arrogance. We have been blinded to the death and destruction created by our actions in the Middle East.

We once were respected throughout the region, as neutral peacebrokers, the nation which oversaw the breakup of the Barbary pirates and a country which became eternal friends with the people of Iran when all of Europe ignored them. Now we are Israel’s expected muscle, to carry out their dirty work in an effort to destabilize the region and de-power those the tiny nation views as a threat. They will support anyone, if it meets a short-term goal, even if the result is a plot more complex and ridiculous than an episode of “Passions. This can, and will cost them long-term.

The United States cannot be party to this. Whatever the political and economic cost, the U.S. must disengage from all sides in the Middle East, before it is too late.

ISIS’ Financial Sources ~ There are no sanctions imposed by the United States against countries and institutions that support ISIS.