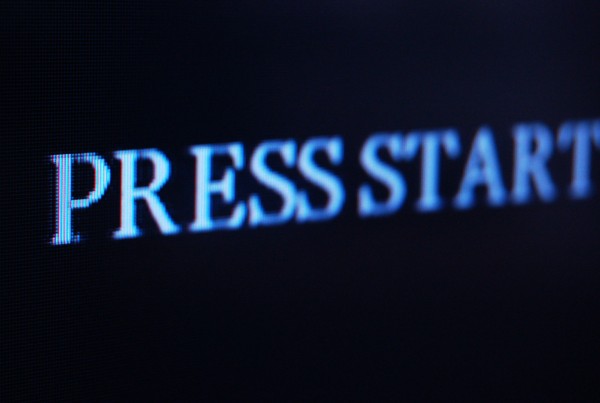 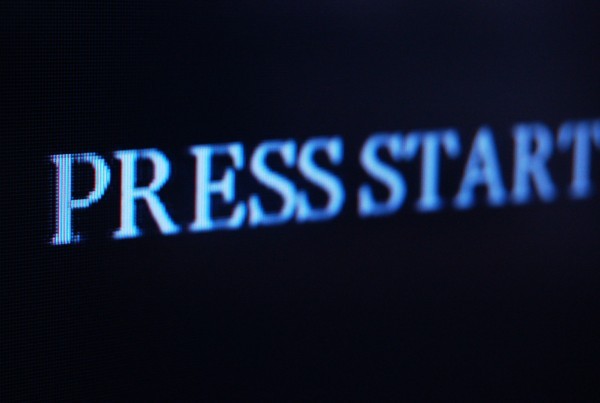 Today, while walking through a busy shopping mall my revert brother recounted how much fitnah (trials) there was for him. Being summer this is the time where an almost hedonistic lifestyle thrives. Well, I work in this place he says he’ll never come back to. So what to do? To me, it’s a training simulator. A virtual game world. Allah (SWT) says this life is a game, a mere amusement. Imagine you’re the player, you have spawned inside this level of life and have to figure out what your objective is. Well, perhaps you are among those who skip the mission brief screen and went to start the game right away. If you read the help screen you will find Allah (SWT) has given you a map with mission objectives. Ignore it and you will wander this vast level becoming bored which is the beginning of sin. Allah says:

To exclaim that these levels of life are too hard will not stop the game. There is fitnah everywhere, there lies the test and the reward. Some we will fail and some we will pass but at Salah we repent to Allah for the sins we know and the ones we don’t. If even the Prophet (SAW) Repented up to 100 times a day so shouldn’t we need to repent at least a thousand times?! This is an exaggerated task but it shows that we do not know the extent of our sins.

Al-Agharr Al-Muzani (May Allah be pleased with him) said:

The Messenger of Allah (ﷺ) said, “Sometimes I perceive a veil over my heart, and I supplicate Allah for forgiveness a hundred times in a day.” [Muslim].

You have an Iman bar at the top of your life’s game screen as Allah sends down the missions. Some we know, others we must look out for. Usually the first thing that happens to us after we wake affects the bar. If the first interaction is positive it goes up. However, if our first interaction is negative and we react without gratitude the bar goes down and may put you in a mood for the whole day. If, you start with a Bismillah and remind yourself that you’re awake because of Allah then your reaction will be better. Through the day there will be periods where our Iman gets drained. When it is at zero that is when the Dunya bar at the bottom of the screen starts rising. The more it rises the more likely you are to fall into acts of spiritual self-harm. That’s when you lose points.

To combat this you need to remember Allah through Salah. When you miss it your bar goes down and the smallest things affect you. You are more stressed, irritable and likely to swear and complain about people and irrelevant situations. Life is whatever our outlook is. Without Iman the future is doubtful. With Iman the future is confident. How do you feel about it right now?

Everybody is a player. Now I don’t mean that in the sense that everyone “cheats”. Throughout your levels of life there are Secret missions Allah has created especially for your game. No two games are alike. They link like a giant multiplayer mode which is the greatest of all networks – linked in a mysterious way (Divine decree – Qadr). So each person can affect a test in another’s game. Perhaps you were asked to go to a club by another player. What will you do? If you go there will be more tests for you there. Each mission will be saved on the games memory cards – the Angels who record all we do.

Ding, ding, ding, the score goes up and up every time we remember of Allah (SWT). However, if we take that illicit relationship to stray and forget Him, and get so wrapped up in ourselves we will act follishly – run away with this person; steal for them; lie for them and take abuse from them. Then, our points go down till they are in the minus. Minus means less than, or below. We are below Jannah. Below Jannah is the Dunya and below that is Jahannam. (Hell fire) May Allah protect us.

But with minus points Allah (SWT) has so much mercy there is always opportunity to build them back up. Just look at Ramadan, a whole month of mercy. You can build your score up just by asking. There is a safe house in this game. It’s called the Masjid. Every time you go there you can repent and build up your points for a record score that will give you success after the final level. You can press pause on life and return to this safe house anytime. Particularly during Salah time.

When your Iman bar reaches a certain level you can activate the deflector shield. This is the shield that deflects all negative approaches, whether they be from members of the opposite sex causing you fitnah or people making negative comments. Everything will defect off of the shield and you won’t be bothered. With your high Iman from smiling and worship nothing that is said can deter you from your mission.

In this game of life the ultimate enemy in it is the Shaytan. He is ever present to tempt you from your objective. But don’t fear, Allah has given you a menu of weapons. Pause the screen at the temptation, click through your ammunition menu. You will find Sabr, Du’a and a Qur’an with more power than your enemy has. When you feel impulsive reach for your Sabr. It will fill you with calm and slow your heart down. You’ll be able to wait having trust in Allah that all good things will come to you in this life and the next with faith. When you see sin, or you sin reach for the Du’a and start supplicating. When, not if the drama is too much and the Shaytan too powerful reach for the Light of the Qur’an. Pull this out and being to read, the verses will cut the Shaytan down into pieces while making your score tally go astronomically high.

So remember, you are in this game of life. There are levels, some being harder than others. But the further you get in a game do the levels not become harder? But Allah says “For indeed, with hardship [will be] ease.” So while something is hard look for what is becoming easier?

Then, as with all games it will end. All your efforts, all your success and failure is tallied up to a final score. You need a certain amount to be able to enter Jannah. What is this amount? No one knows so you have to keep going. You have to get better at the game everyday to make your score high enough to gain paradise. So to my revert brother and to you all, don’t complain about the game. Play to Win.

The ones whom the angels take in death, [being] good and pure; [the angels] will say, “Peace be upon you. Enter Paradise for what you used to do.”