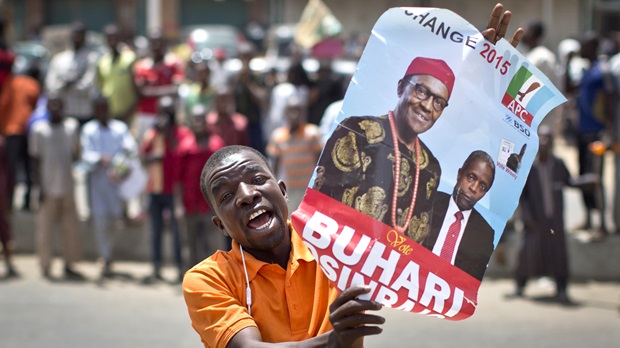 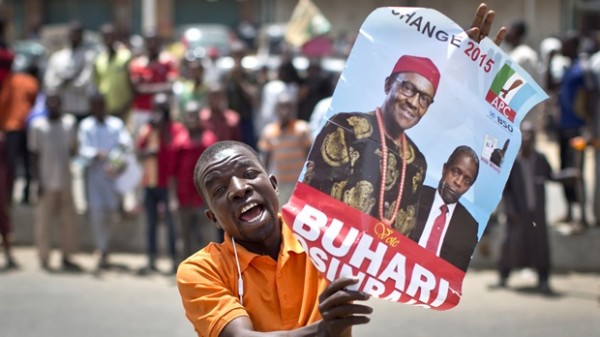 Nigeria’s newest president is Muhammadu Buhari, a Muslim endorsed by Christian leaders who hope he can combat corruption and sectarian terrorism.

A former general who ruled Nigeria for a short time after a military coup in the 1980s, Buhari beat out incumbent Goodluck Jonathan by nearly 2 million votes. It is the first time in Nigerian history that an opposition candidate won the presidential election, according to The Economist. Buhari had finished as a runner-up in three previous elections.

“Despite the enormous tension and apprehension that preceded the election, Nigerians have demonstrated political maturity that elections can be won and lost without recourse to violence or acrimony,” said the president of the Christian Association of Nigeria (CAN), Ayo Oritsejafor, in a statement.

His colleague, Shuaibu Byel, who leads CAN’s northeast branch, praised Jonathan for accepting defeat and congratulating Buhari, calling him “a man of peace.”

Catholic bishops, among other religious leaders, see Buhari as “a man of integrity and decency who can fight corruption and Boko Haram,” John Bakeni, secretary of the Catholic diocese in Maiduguri, told RNS.

Buhari, whose vice president is a former attorney general turned church pastor from southern Nigeria, could help end religious violence in Nigeria, said David Curry, president and CEO of Open Doors USA, which works with a large network of Christians in the country.

“During the campaign, he stated he would end the insurgency within months, if elected. We are praying he will follow through with this promise and commit to protecting freedom of religious expression,” he said in a press release. “We continue to be concerned for Christians who have been targeted by violence from Islamic extremists. … This election will shape whether Nigeria will continue to exist in its current state or whether it will be bifurcated by a caliphate set up by Boko Haram.”

President Jonathan, a Christian from southern Nigeria won the 2011 election against Buhari—the country’s first “genuine political contest between the predominantly Christian south and the Muslim north,” according to the Council on Foreign Relations. The contest sparked sectarian violence across the country. More than 800 Nigerians were killed and 350 churches burned to the ground after violence erupted in Buhari’s northern home state of Kaduna. Leading up to this weekend’s election, roughly 60 people lost their lives from December 2014 and January 2015, according to Nigeria’s Human Rights Commission.

Nigeria’s 177 million residents are split roughly equally between Christians and Muslims. The Pew Forum in 2007 noted that most Nigerians identify by religion rather than national, ethnic, or tribal identity.

Some were critical of Jonathan’s decision to run for president in 2011, suggesting he had violated an informal agreement to rotate between Muslim and Christian leaders. (The Southern Christian had assumed the presidency in 2010 after his Muslim predecessor died in office.)

Buhari ruled for a year and a half in the 1980s, during which time his regime was accused of human rights abuses. However, over the course of the most recent election cycle, Buhari gained the backing of thousands of Protestant and Catholic leaders, who argued that he would more effectively fight corruption and Boko Haram than Jonathan.

Nigeria’s 2015 election was originally scheduled for February 14, but postponed due to security concerns. Over the weekend, police in the southern, oil-rich Rivers State teargassed Buhari supporters who accused the PDP of vote-rigging and voter intimidation. In northern Nigerian, Boko Haram killed 41 people. In Borno State, militants burned down homes while shooting those who attempted to flee. Elsewhere in the region, villagers attempting to go to the polls were violently threatened and two were killed.

Prior to the election, displaced northerners, many of them Christians, expressed fear over returning to their former residences, where they were registered to vote. Other Nigerians, anticipating violence, abandoned their homes, thus forfeiting their right to vote, reported World Watch Monitor. (Political leaders argued that the country’s internally displaced people should be able to vote, but it is currently unclear how many of them could do so.)

On Monday, CAN’s Byel called for political contestants and their supporters to “embrace the spirit of sportsmanship.”

“Anyone who loses should accept the outcome and try again another time. The person that won should return God’s favour by being a good leader and a true representative of the people,” he told First Africa News.

Boko Haram, whose mission is to create an Islamic state ruled by Shari’ah law, lost ground in the weeks before the election when troops from Nigeria, Chad, and Niger forced the group to retreat. However, the group has killed more than 7,300 civilians since the beginning of 2014, according to Open Doors, which ranked Nigeria No. 10 on its 2015 World Watch list. Earlier this year, Boko Haram, which the US State labeled a terrorist organization in 2013, pledged allegiance to ISIS.

CT has monitored the terrorist activities of Boko Haram since 2010, when the group attacked churches over Christmas and killed six people. Since then, the organization has become one of the five most lethal terrorist groups in the world, responsible for the deaths of more than 3,000 people. Although Boko Haram repeatedly targets Christians in church attacks, bombings, and school shootings, the terrorist group has also murdered scores of Muslims.

Some Nigerian Christian leaders urged Christians to “turn the other cheek” in response to Boko Haram, even as the group made a concerted effort to convert Christians to Islam, or else they would “not know peace again.” CT also explored how Boko Haram may have influenced the tactics of other terrorist groups, including al-Shabaab in East Africa. The International Criminal Court has investigated Boko Haram for its “crimes against humanity,” while Christians also debated amnesty for the group.