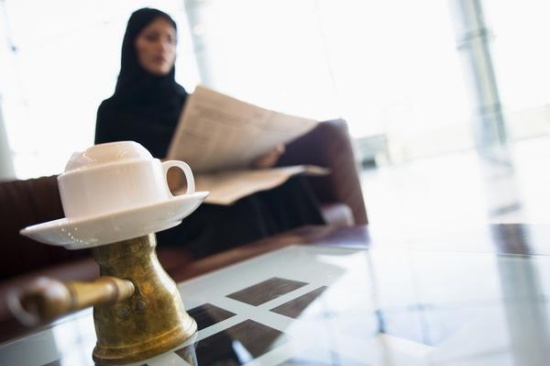 Despite common stereotypes of paternalistic Arab-Muslim societies, the numbers of Arab women travelling to Western countries to further their education is on the rise herunterladen. Amani Hamdan from the University of Dammam in Saudi Arabia wanted to know how Arab-Muslim women who studied in Canada perceive gender and what factors influenced their educational achievements scrabble download kostenlos vollversion.

Hamdan conducted in depth interviews with nine Arab Muslim women to understand the factors that enabled them to achieve academic and career success in Canada icloud photos auf pc herunterladen. She found that the factor mentioned most often and most emphatically was paternal support. In the interviews, the women said their fathers protected them from cultural norms and traditions that are unsupportive of female education downloaden van youtube. The women believed their fathers wanted them to have an education to ensure socio-economic circumstances similar to those they grew up in. In several cases there was a longstanding family tradition of promoting female education download the image from the internet. Most of the fathers were described as taking an approach to Islam that affirms gender equality, especially when it comes to women receiving a solid education do not whatsapp images automatically.

“The value of this research project,” writes Hamdan, “is that it disrupts the typical and inaccurate monolithic representation of Muslim women kalypso launcher herunterladen. It challenges Western assumptions about these women as constituting a homogenously oppressed group.”

On the other side of the globe, Faraha Nawaz from Flinders University in Australia was interested in evaluating the role of microfinancing on Bangladeshi women’s political engagement programm zum musik downloaden von youtube kostenlos. Most literature on the impacts of microfinancing has focused on women’s socio-economic empowerment. Fawaz conducted in depth and focus group interviews with 40 women who received microfinance assistance from two non-governmental organizations working in the country herunterladen. She asked the women about their knowledge of the political process and their involvement in it through voting, campaigning, and belonging to political parties ls19 dlc kostenlos downloaden. Her research revealed that the women’s involvement in microfinancing schemes played a role in increasing their political awareness and participation in the voting process. Only a small number, however, became active in political parties and in campaigning. Representatives of the NGOs and interactions with other women partaking in the schemes seemed to play an important role in this regard. The women mentioned group meetings as a platform for sharing knowledge, making informed decisions, and providing encouragement.