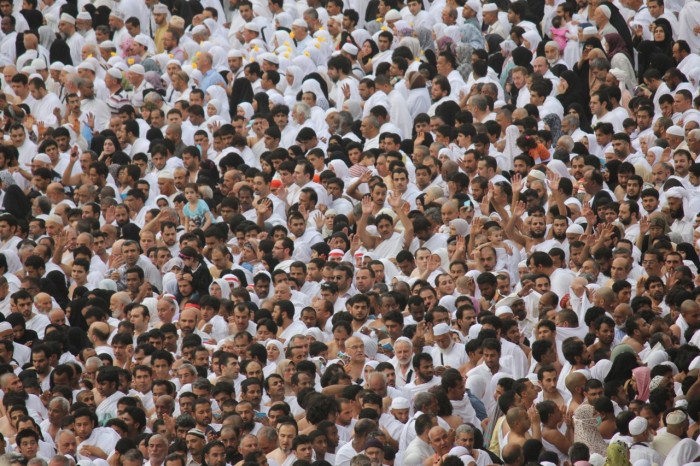 When he embraced Islam, one of the teachings that Abdullah(not his real name) mastered was that every human being was equal. No race or colour supersedes anything.

That was not before his engagement with many Muslims. He realised a different attitude that had serious racial undertones. What he experienced was not what brought him to Islam. He saw a different Muslim infested by racism which was contrary to what he read about.

“It happened when I came to the mosque for the very first time at the university. I was overwhelmed and I was searching for a mosque. When I stumbled upon it and I started greeting people with the greeting of Islam very few responded.

I thought it happened because I was a stranger but it was something that became a habit where people don’t respond to salaam but when one of their race which is not black greeted them, they will respond to that person with a smile but when it’s someone who’s black like me they won’t even respond,” said Abdullah who has been a victim of racism.

Being reverted to Islam, Abdullah was not amused by this behaviour from Muslims of the other. He said it came to a point that he thought that as a black Muslim he was not accepted by some Muslims who believed blacks were not part of this great religion.

Abdullah’s interaction with Muslims began when he was 14 years old during soccer matches on the dusty streets of East Rand.  Just like any township lad his dream was to be a footballer in the mould of the late South Africa’s striker Lesley Manyathela.

He played alongside Muslims who exhibited unique character and behaviour that left him in admiration. Born from a religious Christian family, he has never come across kids of his same age who were so well behaved.

“My Muslim friends’ behaviour when it came to time management towards praying was exceptional as they would rush to perform prayers. It was totally different from what my other friends used to do,” he explained to Cii’s The Conversation.

After completing matric, he enrolled at one of the universities in Johannesburg. This is where interaction among Muslims of different background and races begun. He embraced Islam through black Muslim friends and he never had a personal interface with other races at bigger scale.

Abdullah said racism was rife at the university and unity among Muslim students was lacking. He however noted that an initiative has been put in motion to bring Muslims of all races together. He said the looking down of blacks by some Muslims drive away many people from Islam who thinks Islam is a religion of a particular race only.

“When some of my non-Muslim friends come to the mosque are shocked when I greet my Indian Muslim brothers, who never respond. To my friends this reflects something and they would ask why they should become Muslims when my very own people don’t respond to my salaam,” he said.

He said the issues of racism among Muslims should be tackled on various platforms to educate people that we Muslims are one family. He stated that discussions on the subject should continue to be highlighted as that will help in rooting out racism.

No room for racism in Islam

Commenting on racism among the Muslims, Sheikh Umar Maphosa from Venda Muslim Jamaat noted the differences in skin colour does not make any race better that the other as all Muslims are equal.

“Allah made people into different nations and different tribes so that we may recognise each other. That is the only limitations of racism if you would want to call it because it’s all about recognition not that people despise each other.

Nobody chose to belong into a certain group of people but it is the choice of Allah who has made us to belong to a certain tribe and race,” he said.

He warned Muslims to be wary of Shaitaan’s tricks as he feasts on disunity and disharmony among Muslims. He said human beings are weak, and Shatiaan takes advantage of that weakness to create rifts and divisions among Muslims.

He added that the only solution to racism among Muslims lies in the Qur’aan and traditions of Prophet Mohammed (SAW).