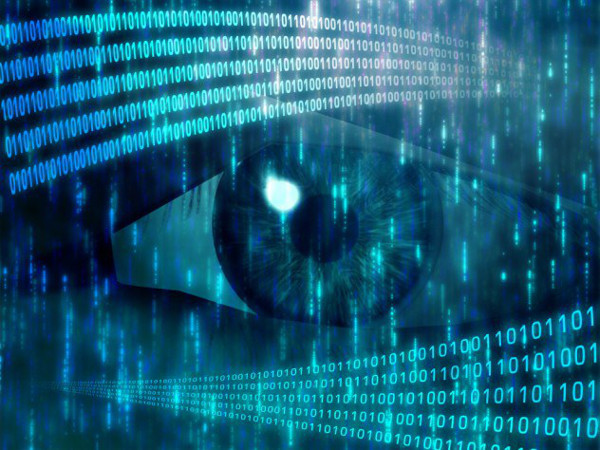 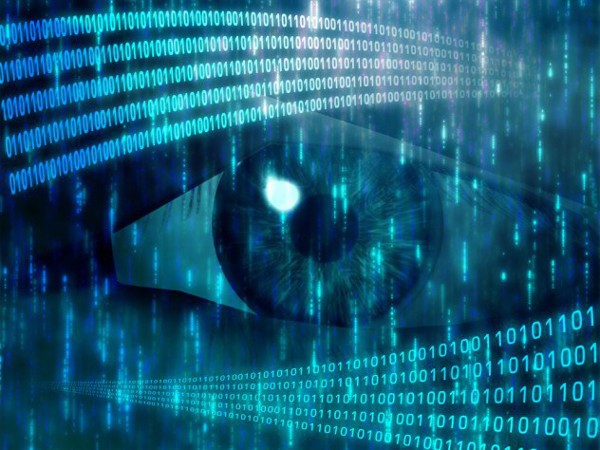 For democracy, privacy is the ball game. Without the assurance of a zone of inviolate space, both physical and mental, that a citizen can inhabit without fear of observation by others, there is no guarantee of the essential sovereignty of the individual promised in the First and Fourth Amendments to the US Constitution. That should be clear, as it is to most people who have been oppressed by the tyranny of authoritarian regimes. Indeed, as Aldous Huxley and George Orwell brilliantly established in their classic writing on this subject, the totality of societal observation over the individual is the defining antithesis of freedom, even when that observation is gained through hidden and subtle persuasion.

That much used to be obvious, particularly after the starkly revealing experiences in the last century with overtly totalitarian regimes; Germany under both fascism and communism offers the most startling example. In both instances, the advanced educational level of the population provided no significant barrier to the population’s surrender of freedom and its accommodation of total surveillance of individual activity.

Unfortunately, with the sudden dominance of the Internet—which has come upon us worldwide and with more crushing, and yes, liberating consequences—we have been overwhelmed with the illusion that surveillance and freedom are compatible. That is because the culture of the Internet, driven by its core economic model, has succeeded in equating privacy with anonymity. In reality, that is not the case. Privacy is a matter of individual choice as to what to reveal about one’s behavior to others, whereas anonymity, in the modern commercialized celebrity-driven world, is assumed to represent a harsh societal dismissal of individual worth.

The profit model of targeted advertising has sustained the Internet since its original development as a Cold War–era military project of the Pentagon’s science and technology research wing DARPA (Defense Advanced Research Projects Agency) meant to ensure military communications in the event of an all-out nuclear war with the Soviet Union. That compelling business application of the Internet, the ability of advertisers to anticipate and manipulate consumer consumption, is what has financed the phenomenal growth of the wired world at a pace of change that dwarfs all such transformations in communications that came before. Broadcast television held that distinction previously, with its ability to deliver content to millions of viewers—but it was only a glimpse into our desires that, by the standards of the Internet, was quite limited.

Previous to the Internet, the number of prospective buyers delivered by any conventional mass medium were inefficiently undifferentiated. Experts, with their surveys and ratings, could only speculate as to the demographics of potential customers attracted by a billboard, radio, or TV commercial. These methods were even more imperfect in the all-important estimate of the end goal: how an advertisement resulted in an actual sale that would prove the ad’s efficacy. The advertising bonanza of the Internet that fuels this communications revolution is based on a far more precise entry point into the mind of the consumer.

Even now in the early phase of mapping our minds, this access to our thoughts already exceeds the powers of the most invasive Big Brother government that Orwell imagined. At the command of Internet-driven signals, people everywhere in the world have been willing to abandon the concerns and safeguards of privacy, developed painstakingly throughout human history, for the convenience of plucking that perfect item off a virtual shelf and paying for it without looking up from their devices. The public’s willingness to voluntarily—nay, enthusiastically—sacrifice privacy is fueled by a very modern fear of being ignored in a culture where the most observed are the most valued.

Just consider Yelp and Facebook, two exemplary manifestations of Internet culture and commerce. With the former, for the convenience of finding the best local diner, we surrender the most important piece of information a secret police force ever wanted to have on the population it was surveilling—one’s physical location. The temptation to answer the frequently asked question “Can we use your location?” has proved compelling. Yet from the start, along with other refined methods, tracking one’s journey—actual as well as virtual—is routinely realized, achieving what oppressive governments could never even have fantasized about attaining.

Combine that constant intrusion into your physical movement with the interior movement of your mind, as is revealed (again, routinely and with little controversy) by more than a billion Facebook users—photos of friends that can be biometrically scanned and compared with other data on them, chats and every other confession of thoughts, doubts, and fears documented for others, including, of course, your government to read and exploit. Then, further expand that database to include all of the apps and avenues of data collection, merged with the massively powerful data-mining capabilities of digital surveillance—which not only encompasses activity on desktops and phones but can also include our every movement in the home and in the outside world.

Welcome to the brave new world—a wired panopticon that even Huxley couldn’t have imagined.

But why should we care, you ask, if the government has all this information, as Edward Snowden so courageously revealed? One oft-used argument for keeping the private- and public-sector surveillance state intact was famously forwarded by Google CEO Eric Schmidt: “If you have something that you don’t want anyone to know, maybe you shouldn’t be doing it in the first place,” he said to a live audience in 2009.

But consider the original import of that sentiment. It assumes a stance on the part of the citizen that on its face spells the end of any hope of a just and effective representative democracy. The peril to democracy highlighted by both Huxley and Orwell was one of self-censorship as the norm in a totalitarian culture, one that denies the possibility of the unobserved moment. In the eyes of the original American revolutionaries who gave us the constitutional restraints on the power of the state, the unobserved moment was essential to their bold new experiment. The concept of the Fourth Amendment was born in English common law, asserting that even the poorest peasant should enjoy the sovereignty of the home as a refuge from the power of the king, even a good king.

During the past decade, the power of corporations exploiting the data we wittingly or in ignorance provide to the data miners—even in those rare instances when it is fully transparent—has been accept-able to most because it was viewed inherently as a voluntary adjunct to consumerism. Privacy was traded for the convenience of shopping. The trade-off generally seemed harmless as long as it remained in the commercial sector. There was the presumption that the relationship with a particular search engine or social networking site could be ended whenever the intrusive reach bothered a consumer.

However, that all-too-convenient assumption was rudely shattered with the leaks from Snowden. They revealed the previously unknown government agency vacuuming up and analyzing data privately collected by corporations like Google, Facebook, and Yahoo. This was alarming not just to US consumers of those services but, more broadly, to the denizens of a World Wide Web, who are the basis for Internet growth and profit.

Suddenly, we learned of the significance of what in this book we refer to as the military-intelligence complex, which grew out of the military-industrial complex against which President Dwight D. Eisenhower warned the nation in his 1961 Farewell Address. Modern warfare and the profits associated with military preparedness now depend far less on the old industrial basis of weaponry focused on ships, airplanes, and ground forces than on the smart weapons of cyber war and unmanned drones. In this age of computer-directed warfare, government intelligence agencies such as the NSA and the CIA have thrust the private companies of Silicon Valley to the forefront of a war-making industry, which bears signs of having swiftly morphed into a war against the citizenry. These seemingly progressive corporations, at the behest of these intelligence agencies, have become intricately involved with the American war machine—far more so than the conventional bureaucrats of the Pentagon who have traditionally directed the show.

That alliance of Washington intelligence agencies and Silicon Valley techies was, as this book details, deliberately constructed as a project of DARPA and the CIA, when it was helmed by George Tenet from 1997 to 2004. It was a marriage of convenience between the spy agencies that needed the freewheeling brilliance of the Silicon Valley engineers and the tech companies that opportunistically wanted concessions by the government on regulation and taxes, as well as the hefty contracts it offered.

The attacks of 9/11 brought a massive increase in government spending on computer-assisted spy operations, leading to an alliance between private and public agencies that became as intimate as it was profitable. The assumption of the new surveillance state is that we the citizens are all potential enemies of the government. This reverses the US Constitution’s assumption that it is the leaders of our government who should be viewed with a deep suspicion—an assumption based on the notion that power corrupts and that absolute power corrupts absolutely. We the citizens are the ultimate guardians of our liberty, and our right to be informed, by the press and by whistleblowers when our governors deceive us, is sacred to the enterprise of a representative republic.

The main price paid by turning the war on terror into a war on the public’s right to know, a bipartisan crusade, is that it destroys the foundation of democracy—an informed public. The George W. Bush administration initiated this dangerous trend, and Barack Obama has expanded on that horrid legacy by cracking down on the press, and prosecuting whistleblowers under the Espionage Act more than all previous US presidents combined. The result is that our privacy and hence our freedom has been plundered with abandon. Our most private moments are now captured in exquisite detail by a newly emboldened surveillance state—resulting in a shutout of democracy.

But the game’s not over, yet.

Robert Scheer is the editor-in-chief of the Webby Award–winning online magazine Truthdig, professor at the University of Southern California’s Annenberg School for Communication and Journalism, and co-host of Left, Right & Center, a weekly syndicated radio show broadcast from NPR’s west coast affiliate, KCRW. In the 1960s, he was editor of the groundbreakingRamparts magazine and later was national correspondent and columnist for the Los Angeles Times. Scheer is the author of nine books, including The Great American Stickup. He lives in Los Angeles.