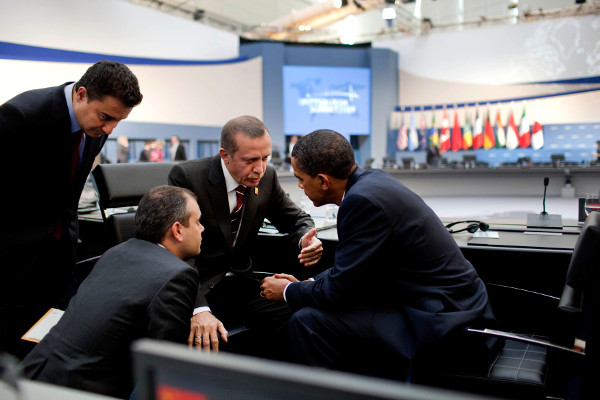 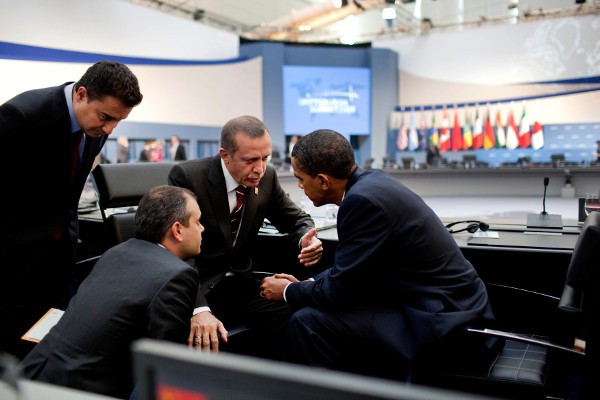 2015 will be remembered as the year when President Barack Obama disengaged from Europe and European Muslims. Regardless of nationality or political orientation, many mainstream European Muslims, and Europeans in general increasingly see the American president as devoid of moral authority.

It began with the White House’s failure to “show up” in Paris after the Charlie Hebdo massacre. It continued with the President’s abject refusal to use any formulation of the words “radical Islam” to denounce the attacks, in contrast to other Western leaders. And finally, just before Martin Luther King, Jr. Day holiday, as he stood with British Prime Minister David Cameron at the White House, Obama took the liberty to moralize to Europeans that, unlike the United States, they are not doing enough to integrate Muslim immigrants.

As he chided Europeans for failing to follow America’s example, the U.S. President touted America’s ability to assimilate its Muslim immigrants so that they regard themselves as wholly American. However well-meaning his underlying intent, as a European Muslim immigrant, I found Obama’s words hopelessly naïve. Even the British Prime Minister felt compelled to mount a defense in the presence of his American host, noting that numerous Muslims extremists have been educated in British and EU schools. What Cameron could not say was that this statement showed a fundamental lack of understanding of problem of the Muslim diaspora in Europe and was every bit as detrimental as Obama’s refusal to use the words, ‘’radical Islam.”

But his greatest disservice by far has been to mainstream Muslims, who make up the vast majority of the Muslim diaspora. It is fundamentally flawed to equate Muslim immigration to Europe with Muslim immigration to the U.S. or Canada. According to the Pew Research Center, Muslim immigrants to the EU roughly total 13 million. Self-identified Muslims comprise 7.5% of the population of France, 5.8% of Germany, 4.8% of the UK, and, in my nation of Denmark, 4.1%. By comparison, another Pew study notes, that in the two decades from 1992 to 2012, only 1.7 million Muslims in total emigrated to the U.S.

A comparable cohort to Muslims immigrants to Europe would be Asian immigrants to the U.S., who number 10.6 million and are 28% of all immigrants to America. Just as there are Asian Diasporas within the U.S. with limited integration, and many immigrants do not learn English for at least a generation, the same phenomenon exists within Europe for Muslim communities.

But beyond numbers, there are fundamental differences. Most immigrants to the U.S. are economic migrants, seeking prosperity for themselves and their families. Indeed, Asians are an excellent example: overall, they have achieved income levels equivalent to or higher than those of white Americans.

In Europe, however, Muslim immigrants from North Africa and the Middle East come not primarily for prosperity but for personal security. After escaping the turbulence of their home countries, most Muslims achieve economic security simply by signing up for generous European social welfare benefits. Europeans are only now beginning to comprehend the disservice their “generosity” has done to these new Muslim communities. State welfare benefits have promoted cultural seclusion instead of a means to embrace the rights and responsibilities of living in a democracy. Dependence on state subsidies discourages Muslims, as it does others, from integrating economically into broader society.

This isolation is compounded as Muslim immigrants, confused by the West, often seek additional cultural ‘security’ by remaining inside the Muslim Diaspora. As Shadi Hamid of the Brookings Institution, an American-born Muslim and critic of radical Islam also notes, this isolation is also greater for Europe’s Muslim immigrants than for America’s. In Europe’s secular societies, faith is a private matter rarely mentioned in the public or political spheres. Consequently, there is a far larger “religion gap” between observant Muslims, even mainstream ones, and the European societies into which they are expected to assimilate.

Obama’s moral ‘lesson’ for the Europeans is thus rather a cheap shot. It misunderstands the unique challenges facing Europe and its Muslim migrants — and the millions of mainstream Muslims who are seeking to confront the extremists in their midst. The American president oversimplifies Europe’s Muslim immigration issue, which cannot be solved by exhorting the EU to become a better “melting pot.”

At the same time, however, he has needlessly complicated the issue of how to respond to the very real threat of radical Islam. Clearly, the Paris attacks were related to Islam; the radical, extremist, violent, misinterpreted genre of Islam, a part of Islam that moderate Muslims are also eager to eradicate. To go to such great lengths to state otherwise, as Obama does, is more than a politically correct dodge. The American president’s constant avoidance of identifying radical Islam by name is an act of arrogance as well. This enemy that can easily be grouped with other destructive extremist movements: Nazism, communism, and fascism. But to do this, it is absolutely crucial to acknowledge that radical Islam is an actual movement and a part of Islam. If we are afraid to name our mutual enemy, we will not be able to vanquish it.

When they were needed most, words failed the U.S. president. Going forward, if this past month is any indication, in the struggle against radical Islam, Europe and its ever-growing Muslim diaspora may be forced to struggle alone.