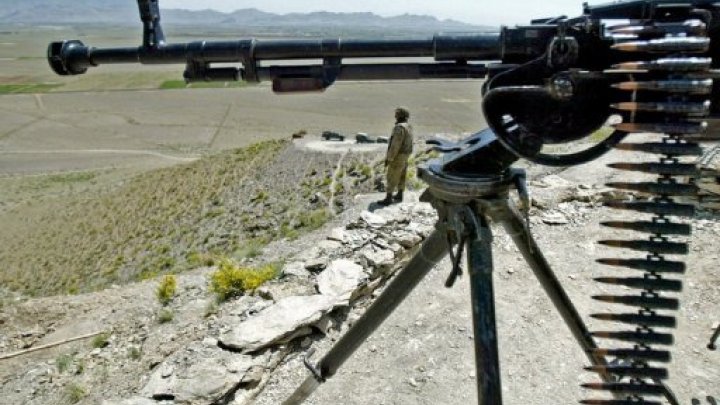 The Pakistani army has killed 32 suspected Taliban fighters in an ambush in a remote valley near the Afghan border, the military has said.

The ambush took place overnight in the northwestern Tirah valley in the Khyber agency, one of the main smuggling routes for arms and fighters crossing between Afghanistan and Pakistan, according to an army statement.

The army is fighting offensives against Pakistani Taliban fighters in Khyber as well as the North Waziristan region, which is also on the Afghan border.

However, the pace of operations has picked up since Pakistani Taliban suicide attackers killed 131 school children, nine teachers and a soldier at a military-run high school in the northwestern city of Peshawar on Tuesday.

The assault was the deadliest Taliban attack ever in Pakistan.

The Pakistani Taliban said the school attack was revenge for the offensive against them and they accused the military of killing civilians in remote areas where journalists are forbidden to go.

Since the bloodshed at the school, the government has promised that Pakistan would not discriminate between different fighter factions.

The government has also announced that it would rescind an unofficial moratorium on the death penalty.

Late on Thursday, the military announced it would sign death warrants for six fighters, although it did not disclose their identities or say whether they were in custody.

The military also said late on Thursday that 17 fighters were killed in air strikes in Khyber and 10 in ground fighting.

Pakistan has been battling armed groups in its semi-autonomous tribal belt since 2004 after its army entered the region to search for al-Qaeda fighters who had fled across the border following the US-led invasion of Afghanistan.