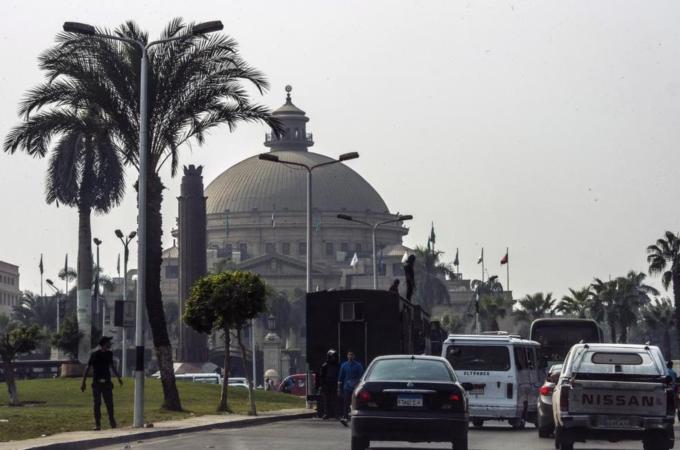 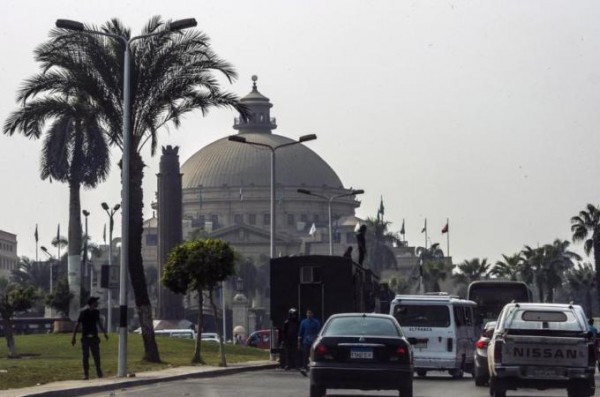 A bomb has exploded outside the gates of Cairo University, wounding ten people including policemen stationed outside the campus to quell student protests that have become customary in the politically unstable country.

Police cordoned off the area and scoured it with sniffer dogs, state-run Ahram news outlet reported on Wednesday, citing a security source. Four of the ten wounded were policemen stationed outside the campus, Ahram said.

The blast took place near the site of a bombing in April that killed a police general. Riot policemen are now stationed on foot and in armoured vehicles to confront the frequent protests by pro-Islamist students.

The explosion came after policemen had clashed with student protesters earlier in the day.

Egypt’s university campuses, since the previous academic year, have been rife with almost daily protests staged by students opposing the army-led overthrow of former president Mohamed Morsi in July 2013.

April’s attack was claimed by Ajnad Misr, one of several armed groups that have become more active since the overthrow, killing hundreds of policemen and army personnel in sporadic attacks across the country.

Like most attacks, Wednesday’s blast was in response to a deadly police crackdown on Islamists following Morsi’s unseating, Ajnad Misr said, according to AFP news agency.

The group pledged retaliation last week after police quashed protests in several universities across the country. A student at Alexandria University later died of gunshot wounds sustained during the clashes.

Nearly 19 students have been killed since protests took off last year, and thousands have been detained since then. About 900 students remain behind bars in Egypt, many of whom are on hunger strikes.