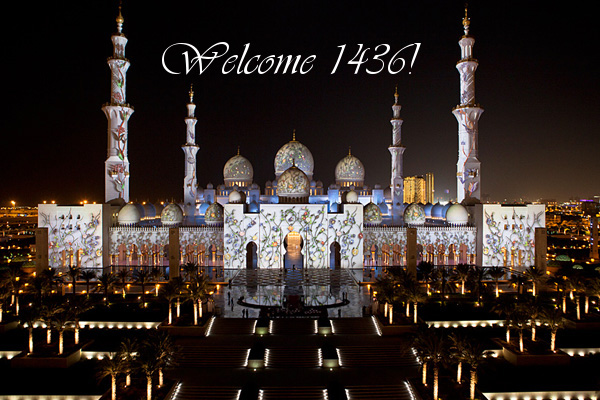 Muharram is the month with which the Muslims begin their lunar Hijrah Calendar. It is one of the four sanctified months about which the Holy Quran says, “The number of the months according to Allah is twelve months (mentioned) in the Book of Allah on the day in which He created heavens and the earth. Among these (twelve months) there are four sanctified”.

These four months, according to the authentic traditions are the months of Zhul Qa’dah, Zhul Hijjah, Muharram and Rajab. All the commentators of the Holy Quran are unanimous on this point, because the Holy Prophet in his sermon on the occasion of his last Hajj, has declared:

“One year consists of twelve months, of which four are sanctified months, three of them are in sequence; Zhul Qa’dah, Zhul Hijjah, Muharram, and the fourth is Rajab.”

In fact, every month, out of the twelve, is originally equal to the other, and there is no inherent sanctity, which may be attributed to one of them in comparison to other months. When Allah Almighty chooses a particular time for His special blessings, then it acquires sanctity out of His grace.

In the Shariah of our Holy Prophet  the sanctity of these months was upheld and the Holy Quran referred to them as the “sanctified months”.

The month of Muharram has certain other characteristics peculiar to it, which are specified below.

Fasting during the month

The Holy Prophet  has said:

“The best fasts after the fasts of Ramadan are those of the month of Muharram.”

The Hadith does not mean that the award promised for fasts of Muharram can be achieved only by fasting for the whole month. On the contrary, each fast during this month has merit. Therefore, one should avail of this opportunity as much as he can.

Although the month of Muharram is a sanctified month as a whole, yet, the 10th day of Muharram is the most sacred among all its days. The day is named Ashurah.

According to the Holy companion Ibn Abbas. The Holy Prophet , when migrated to Madinah, found that  the Jews of Madinah used to fast on the 10th day of Muharram. They said that it was the day on which the Holy Prophet Musa (Moses) and his followers crossed the Red Sea miraculously and the Pharaoh was drowned in its water.

On hearing this from the Jews, the Holy Prophet  said, “We are more closely related to Musa than you” and directed the Muslims to fast on the day of Ashurah. (Abu Dawood)

It is also reported in a number of authentic traditions that in the beginning, fasting on the day of Ashurah was obligatory for the Muslims.

It was later that the fasts of Ramadan were made obligatory and the fast on the day of ”Ashurah was made optional. Sayyidah Aishah has said:

“When the Holy Prophet  came to Madinah, he fasted on the day of Ashurah and directed the people to fast it. But when the fasts of Ramadan were made obligatory, the obligation of fasting was confined to Ramadan and the obligatory nature of the fast of  Ashurah was abandoned. One can fast on this day, if he so wills, or can avoid fasting, if he so wills.”

However, the Holy Prophet  used to fast on the day of Ashurah even after the fasting in Ramadan was made obligatory.

In short, it is established through a number of authentic hadith that fasting on the day of Ashurah is Sunnah of the Holy Prophet  and makes one entitled to a great reward.

MuslimVillage.com wishes all readers and the entire Umma Allah’s blessings, acceptance, and tawfiq in this year!