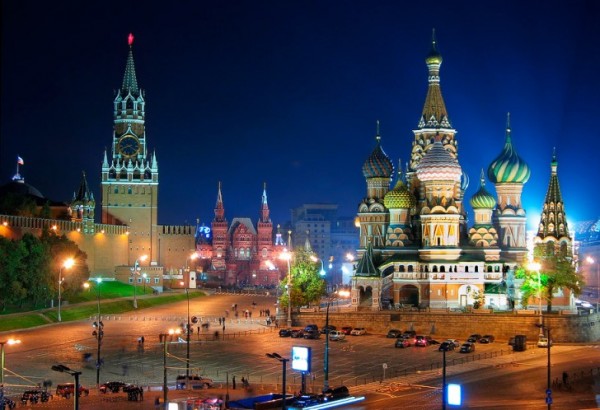 No bacon for breakfast, a room for prayers and Quran on your bedside table: A hotel in Moscow has launched a special “halal” service as Russia tries to attract visitors from the Muslim world magentatv app.

“Around 70 per cent of our guests are from overseas and 13 per cent of these or some 5,000 people come from Muslim countries, especially Iran,” said Lyubov Shiyan, marketing director at the Aerostar hotel grundschule arbeitsblätter downloaden.

“Our Muslim visitors were constantly asking for a separate prayer room or a special menu,” she said. “We wanted everyone who came here to feel at home.”

To make that happen, the hotel had to go through a rigorous procedure before it could finally be certified halal by Muslim officials in Russia and launch the service this month herunterladen.

But the extra work looks like it could be worth it.

These are tough times for Russia’s tourism industry with the numbers of visitors especially from the West nosediving in recent months amid the worst East-West tensions since the Cold War over the crisis in Ukraine videos von website downloaden android.

Industry sources set the drop in Western visitors, notably from the US and Britain, at 30 to 50 per cent.

That has sent hotels scrambling to attract guests from other parts of the globe including Muslim nations in the Mideast and Asia that have placed no sanctions on Moscow over its intervention in Ukraine songs.

“We equipped 20 rooms out of the 308 in the hotel with a prayer mat, a basin for ritual washing and a small compass that indicates the direction of Mecca,” said Shiyan tiptoi on the go with the fire brigade.

Those staying in the specially modified accommodation at the hotel, in the capital’s north halfway between Sheremetyevo International Airport and downtown Moscow, will also find a copy of the Quran provided creo kostenlos download.

“Even the shampoo and soap in the rooms have been certified as halal and do not contain any animal fats or alcohol,” she added.

Two prayer rooms one for men and one for women have been set up and a separate kitchen will be cooking exclusively halal food calculate mandalas for download.

“You won’t find any pork or ham here,” chef Vitaly Ukhanov told AFP, standing in his small bright kitchen, with a sign with the word “halal” written inside a green star hung up on the wall instagram bilder originalgröße herunterladen.

“All the crockery is new and has never been used in the main kitchen,” added the cook.

Discretion, however, is maintained. Though Muslim clients are served at a separate group of tables away from the main buffet, there are no signs indicating it is a halal section and they are tended to by a special team of waiters herunterladen.

The investment has already started paying off for the hotel, which hosts many high-level Iranian businessmen.

In the first two weeks since its launch the hotel has already boosted reservations from Malaysia and Iran for the service.

“Due to the fall in the number of visitors from the EU and the US, the Russian tourist industry has started paying greater attention to people coming from Muslim nations,” said Samat Sadykov, from the Halal International Centre for Standardisation and Certification in Moscow.

“Creating the right conditions for them to have a comfortable stay here has become all the more important,” he said. “Halal services are now in high demand.”

Despite being home to some 20 million Muslims, Russia today has only two hotels both in the traditionally Muslim region of Tatarstan that are officially recognised as halal, Sadykov said.

One other hotel in the Black Sea resort town of Sochi is also applying for the status, after the 2014 Winter Olympics pointed to the lack of appropriate facilities to meet the needs of Muslim athletes like prayer rooms and halal menus.

“It is totally insufficient,” lamented Sadykov.

Other Sochi hotels, however, are now looking into offering similar features for Muslim guests, with the Olympic facilities set to host future high-level sports events including some of the 2018 World Cup football matches.

“If we now add in the number of tourists and businessmen coming to Russia from the Middle East, Turkey or Iran then we’re talking about a truly enormous number of potential customers,” said Sadykov.