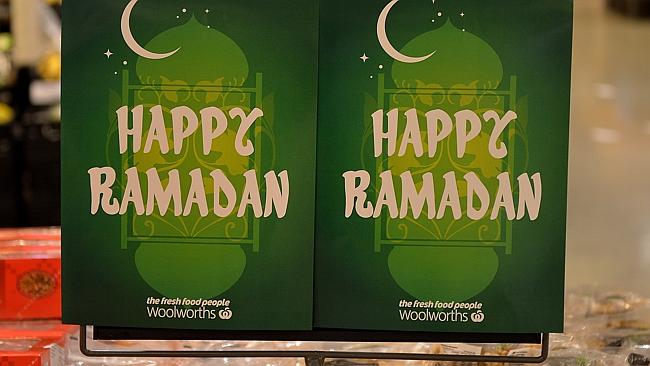 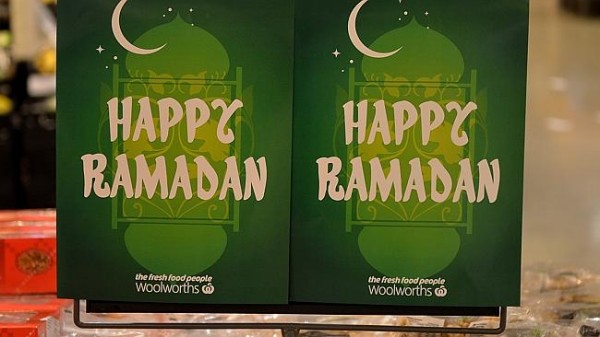 WOOLWORTHS is wishing some customers a “Happy Ramadan” — but not everybody is celebrating.

The supermarket giant has Ramadan promotions in 239 stores in areas with big Muslim populations.

At Sunshine’s Marketplace Woolworths, posters and a display of nuts and dried fruit greet customers.

But some customers have complained the promotion is offensive and un-Australian.

On the supermarket’s Facebook page, one person accused the chain of “pandering to a minority”.

Another said: “I find this kind of advertising OFFENSIVE, as an Australian & as a female!!!”.

And another said the signs were offensive to her beliefs and she would boycott stores where they were displayed.

Woolworths spokesman Russell Mahoney said the promotion was running in 239 stores around Australia.

“We celebrate as many international festivities as possible to support the diverse population of Australia,” he said.

Islamic Council of Victoria secretary Ghaith Krayem welcomed Woolworths’ promotion and said people who opposed such initiatives did so out of ignorance and unsubstantiated fears.

“Ramadan is a time of reflection and renewal and maybe it is also a time for all of us to be inclusive rather than push each other away.”