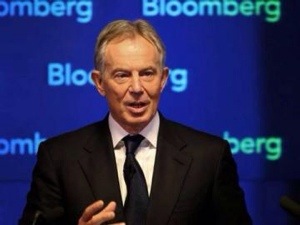 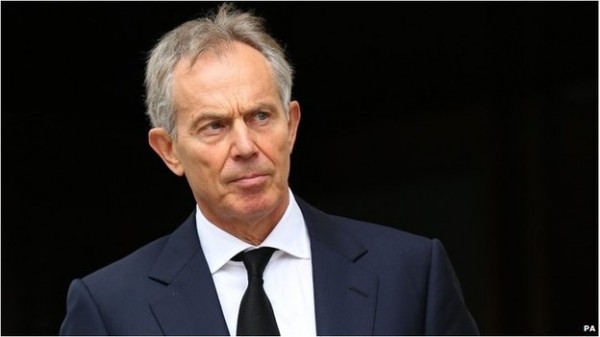 The West must put aside differences with Russia over Ukraine to focus on tackling the threat from radical Islam, Tony Blair will warn.

Highlighting the ”growing” danger from religious extremism, the former prime minister is to call for it to be put at the ”top of the agenda”.

Failing to ”take sides” with moderates in the Middle East and North Africa could mean the 21st century is dominated by conflict rather than peaceful coexistence, he will say.

Mr Blair is due to make the intervention in a speech at Bloomberg in London on Wednesday morning.

It comes with tensions still running high in eastern Ukraine, and after Russia was jettisoned from the G8 group of nations over Vladimir Putin’s decision to annexe the Crimea.

But Mr Blair will describe a wider crisis with its roots in ”a radicalised and politicised view of Islam, an ideology that distorts and warps Islam’s true message”.

”The threat of this radical Islam is not abating. It is growing. It is spreading across the world.

”It is destabilising communities and even nations. It is undermining the possibility of peaceful coexistence in an era of globalisation.

”And in the face of this threat we seem curiously reluctant to acknowledge it and powerless to counter it effectively.”

Mr Blair – Middle East envoy for the quartet of the United Nations, EU, US, and Russia – will say there needs to be a new policy of ”engagement” in the region and beyond.

”We have to elevate the issue of religious extremism to the top of the agenda,” he will say.

”All over the world the challenge of defeating this ideology requires active and sustained engagement.

”Consider this absurdity: that we spend billions of dollars on security arrangements and on defence to protect ourselves against the consequences of an ideology that is being advocated in the formal and informal school systems and in civic institutions of the very countries with whom we have intimate security and defence relationships.

”Some of those countries of course wish to escape from the grip of this ideology.

”But often it is hard for them to do so within their own political constraints. They need to have this issue out in the open where it then becomes harder for the promotion of this ideology to happen underneath the radar.

”In other words they need us to make this a core part of the international dialogue in order to force the necessary change within their own societies.

”This struggle between what we may call the open-minded and the closed-minded is at the heart of whether the 21st century turns in the direction of peaceful coexistence or conflict between people of different cultures.”

Conceding that recent conflicts such as Iraq had eroded the willingness of Western nations to act, Mr Blair will say it is nonetheless necessary to ”take sides”.

”The important point for Western opinion is that this is a struggle with two sides. So when we look at the Middle East and beyond it to Pakistan or Iran and elsewhere, it isn’t just a vast unfathomable mess with no end in sight and no one worthy of our support,” he will say.

”It is in fact a struggle in which our own strategic interests are intimately involved; where there are indeed people we should support and who, ironically, are probably in the majority if only that majority were mobilised, organised and helped.

”But what is absolutely necessary is that we first liberate ourselves from our own attitude. We have to take sides. We have to stop treating each country on the basis of whatever seems to make for the easiest life for us at any one time. We have to have an approach to the region that is coherent and sees it as a whole. And above all, we have to commit. We have to engage.”

Mr Blair will argue that ”on this issue, whatever our other differences, we should be prepared to reach out and cooperate with the East, and in particular, Russia and China”.

He will repeat his defence of the popular coup that overthrew Egyptian president Mohammed Morsi last year.

The Muslim Brotherhood had been ”systematically taking over the traditions and institutions of the country”.

”The revolt of 30 June 2013 was not an ordinary protest. It was the absolutely necessary rescue of a nation. We should support the new government and help,” he will say.

Aides to the former premier insisted it was too ”blunt” to suggest Mr Blair is simply advocating more military action.

He is trying to make clear the issue has to be addressed in its ”religious as well as its political context”, they said.