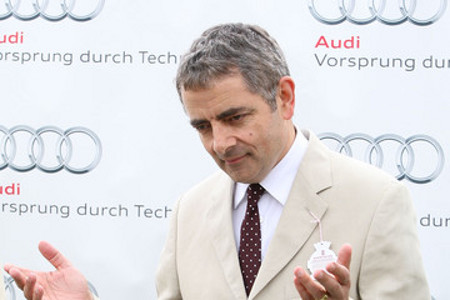 The website alrasub.com was just one among many to try to debunk a viral hoax about the supposed conversion of “Mr. Bean”, Rowan Atkinson.

It appears that the website Israellycool, the source of the “prank”, intended the article in question to be a joke of sorts and it was said that the article itself refuted the “ridiculous” claim. Nevertheless the prank was taken seriously by many.

At any rate the Israellycool website has now, apparently in earnest, published a statement from Mr. Atkinson’s agent denying knowledge of any conversion. The agent reportedly said the following:

“Thanks for your e-mail. I’m afraid that, as far as I’m aware, Rowan has not converted to Islam.”

Whether that is definitive or not is an open question. What is certain, up to this point, is that Mr. Atkinson himself has made no official statement.

Another thing that seems quite obvious is that people, and not just Muslims as Isreallycool seems to think, don’t read and verify these things as they should. Yet for Muslims, who are under some criticism for spreading a false report that identified itself as such, this is cause for reflection – why are we so easily fooled by these foolish things?

Perhaps we would do well to heed the words of Allah, Most High:

“O you who believe, if a profligate brings you a report, verify its correctness, lest you should harm a people out of ignorance, and then become remorseful for what you did.” Quran 49:6