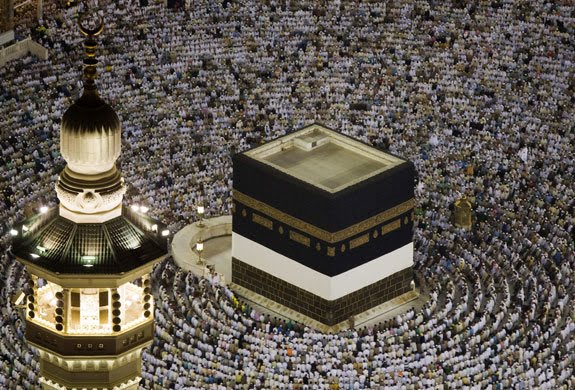 – Muslim countries are usually allowed a quota of 0.1% of their population to perform Hajj.

– Many Muslims in Western countries have also had their quotas cut by 20-30% and those that have performed Hajj in the last 5 years will also be restricted.

– These restrictions will be in place for the next 3 years to allow for major construction works to be completed.

Saudi authorities have cut back foreign pilgrim permits for both the Omra, or the Muslim ”small pilgrimage” and the Hajj or ”great pilgrimage” due to expansion work in Mecca, the holiest site of Islam.

Authorities decided to reduce the number of pilgrims coming from within Saudi Arabia by half, and those from abroad by about 20%. For example, Omra permits for Tunisians were cut by 40%, from 32,000 to 18,000, and Hajj permits were cut from 10,000 to 8,300. Some 3.1 million pilgrims performed the Hajj last year, most of them from abroad.

”This is an exceptional and temporary decision”, SPA state news agency cited Hajj Minister Bandar Hajjar as saying on Saturday.

Every follower of Islam is required to perform the pilgrimage once in their lifetime. Preparations are long, bureaucratic and costly, with people sometimes spending their life savings or indebting themselves for years on permits and travel expenses.

The stay in Saudi Arabia averages at least two weeks, during which time each pilgrim must perform a series of rituals. Each of these involves mass crowd movements from one holy site to another. While the permit cutbacks have left many pilgrims and travel agents disgruntled, public safety is also a concern.

Saudi Arabia is reportedly expanding the Grand Mosque in Mecca to add 400,000 square meters, raising its capacity to 2.2 million people. The mosque houses the Kaaba, the cube-shaped structure towards which Muslims worldwide pray.

Authorities have in the past not always been able to prevent fires, stampedes and other disasters resulting in hundreds and sometimes thousands of fatalities during the Hajj. In 2006, a stampede on the last day of the pilgrimage left at least 346 dead and injured at least 289 more. The incident occurred when a busload of travelers arrived together at the eastern access ramps to the Jamarat Bridge, a massive two-layer flyover-style bridge. Pilgrims tripped, resulting in a lethal crush. An estimated two million people were performing the ritual at the time. The worst incident occurred in 1990, when a stampede inside a pedestrian tunnel led to the deaths of 1,426 pilgrims, many of them of Malaysian, Indonesian and Pakistani origin.

MuslimVillage Editors note: Muslim countries are usually allowed a quota of 0.1% of their population. Many Muslims in Western countries have also had their quotas cut by 20-30% and those that have performed Hajj in the last 5 years will also be restricted.