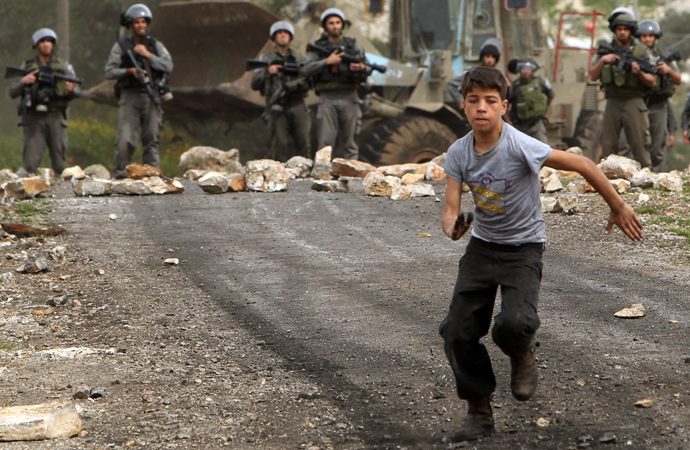 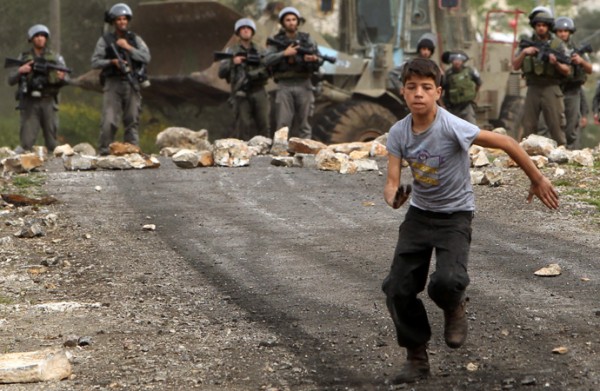 One incident of racism, though small in relation to the decades of massive, institutionalised discrimination exercised by Israel against its Palestinian Arab citizens, has triggered an uncharacteristic bout of Israeli soul-searching.

Superland, a large amusement park near Tel Aviv, refused to accept a booking from an Arab school on its preferred date in late May. When a staff member called back impersonating a Jew, Superland approved the booking immediately.

As the story went viral on social media, the park’s managers hurriedly offered an excuse: they provided separate days for Jewish and Arab children to keep them apart and prevent friction.

Such sensitivity appears to be a reaction to an explosion of popular racism over the past few months against the one in five Israelis who belong to the country’s Palesinian Arab minority. Some Israeli Jews have started to find the endless parade of bigotry disturbing.

Israeli TV recently revealed, for example, that a group of children with cancer who had been offered a free day at a swimming pool were refused entry once managers discovered that they were Bedouin.

According to another TV investigation, Israel’s banks have a secret policy of rejecting Arab customers who try to transfer their accounts to a branch in a Jewish community, even though this violates banking regulations.

The settlers, whose violence was once restricted to setting fire to the crops of Palestinians or rampaging through their villages in the West Bank, are now as likely to attack Arab communities inside Israel. Torched mosques, offensive graffiti on churches and cars set ablaze in so-called “price-tag” attacks have become commonplace.

Similarly, reports of vicious attacks on Arab citizens are rapidly becoming a news staple. Recent incidents have included the near-fatal beating of a street cleaner, and a bus driver who held his gun to an Arab passenger’s head, threatening to pull the trigger unless the man showed his ID.

Also going viral were troubling mobile-phone photos of a young Arab woman surrounded by a mob of respectable-looking commuters amd shoppers while she waited for a train. As they hit her and pulled off her hijab, station guards looked on impassively.

However welcome official denunciations of these events are, the government’s professed outrage does not wash.

While Netanyahu and his allies on the far right were castigating Superland for its racism, they were busy backing a grossly discriminatory piece of legislation theHaaretz newspaper called “one of the most dangerous” measures ever to come before the parliament.

The bill will give Israelis who have served in the army a whole raft of extra rights in land and housing, employment, salaries, and the provision of public and private services. The catch is that almost all of the country’s 1.5 million Palestinian citizens are excluded from military service. In practice, the benefits will be reserved for Jews only.

Superland’s offence pales to insignificance when compared to that, or to the decades of state-planned and officially sanctoned discrimination against the country’s Palestinian minority.

Segregation is enforced in all the main spheres of life: land allocation and housing, citizenship rights, education, and employment.

None of this is accidental. It was intended this way to guarantee Israel’s future as a Jewish state. Legal groups have identified 57 laws that overtly discriminate between Jewish and Palestinian citizens, with a dozen more heading towards the statute books.

Less visible but just as damaging is the covert discrimination Palestinian citizens face every day when dealing with state institutions, whose administrative practices find their rationale in the entrenchment of Jewish privilege.

A recent report identified precisely this kind of institutional racism when it found that students from the country’s Palestinian minority were confronted by a series of 14 obstacles not faced by their Jewish compatriots that contributed to denying them places in higher education.

The wave of popular prejudice and racist violence is no accident either. Paradoxically, it has been unleashed by the increasingly inflammatory rhetoric of rightwing politicians like Netanyahu, whose constant fearmongering casts Palestinian citizens as disloyal, a fifth column and a demographic threat to the state’s Jewishness.

So why if the state is so committed to subjugating and excluding Palestinian citizens, and Netanyahu and his ministers so determined to increase the weight of discriminatory legislation, are they decrying the racism of Superland?

To make sense of this, one has to understand how desperately Israel has sought to distinguish itself from apartheid South Africa.

Israel cultivates, as South Africa once did, what scholars term “grand apartheid”. This is segregation, largely covert and often justified by security or cultural differences, to ensure that control of resources remains exclusively in the hands of the privileged community.

At the same time, Israel long shied away from what some call South Africa’s model of “petty apartheid” – the overt, symbolic, but far less significant segregation of park benches, buses and toilets.

The avoidance of petty apartheid has been the key to Israel’s success in obscuring from the world’s view its grand apartheid, most obviously in the occupied territories but also inside Israel itself.

This month South Africa’s departing ambassador to Israel, Ismail Coovadia, warned that Israel was a “replication of apartheid”. The idea that the world may soon wake up to this comparison deeply unnerves Netanyahu and the right, all the more so as they risk being identified as the party refusing to make concessions towards peace.

The threat posed by what happened at Superland is that such incidents of unofficial and improvised racism may one day unmask the much more sinister and organised campaign of “grand apartheid” that Israel’s leaders have overseen for decades.