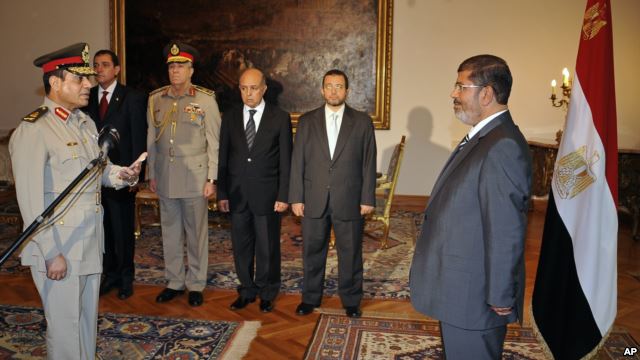 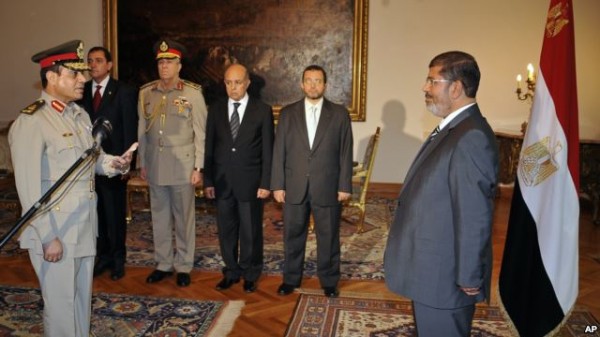 Egypt’s army chief has warned that the military is prepared to intervene if a scheduled mass protest against the country’s Islamist president turns violent on June 30.

General Abdel-Fattah el-Sissi, who also serves as Egyptian defense minister, made the warning in a statement on Sunday. He said the armed forces have an obligation to intervene to prevent Egypt from plunging into what he called a “dark tunnel.”

Egyptian liberal and secular activists have called for a big rally in Cairo next Sunday, to pressure Islamist President Mohammed Morsi on the first anniversary of his assumption of office as Egypt’s first democratically elected leader. His opponents accuse him and his Muslim Brotherhood movement of trying to undermine secular rights and failing to solve the country’s deep economic and social problems.

El-Sissi’s statement urged Egypt’s rival liberal and Islamist political factions to use the week before the opposition rally to try to resolve their disputes through dialogue. Some Egyptian Islamists have vowed to confront the liberal demonstrators, prompting fears among Egyptians that the rally will descend into violence.

In another development Sunday, an Egyptian court asked the country’s top prosecutor to investigate the alleged role of foreign Islamists in helping Muslim Brotherhood members to escape from a prison during an early 2011 revolution against then-president Hosni Mubarak.

The court in the city of Ismailia said it suspects Palestinian militant group Hamas and Lebanese militant group Hezbollah of conspiring to free 34 Brotherhood activists and other inmates from the Wadi el-Natroun prison northwest of Cairo on January 29, 2011. Among those who escaped was Morsi, then a senior Brotherhood activist detained by Mubarak’s authorities days earlier in a bid to suppress the uprising.

Morsi’s critics have accused the Brotherhood of destabilizing Egypt by colluding with foreign Islamists.