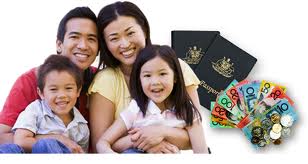 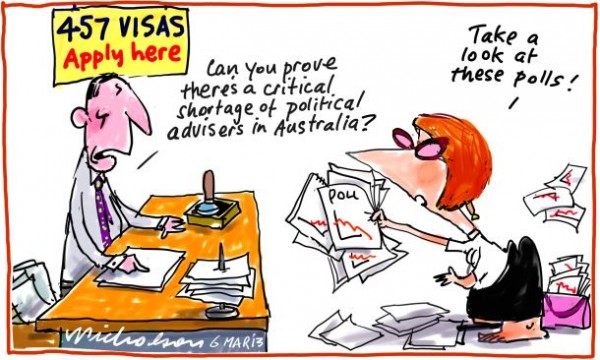 Temporary positions have become available in Australia for the role of political scapegoats leading up to the Australian Federal Election Sept 14 2013.

Applicants must be willing to become political punching bags who will be subjected to group public humiliation to create fear and mass hysteria for the purpose of cheap political point scoring. Successful applicants will be working with a whole range of political parties and politicians from within Australia.

Regardless of any high level of vocational expertise, qualifications or proficiency, even if on a global level, applicants who are from a non white, non Judeo-Christian and non English speaking background are strongly encouraged to apply.

Applicants can expect to be scapegoated and blamed for, but not limited to the following:

– a general sense of doom and gloom despite over the last few years having one of the lowest unemployment rates, highest economic growth rates and highest levels of living standard in the world.

Those from countries with previous experience of being oppressed or downtrodden to make others feel superior and better about themselves are strongly encouraged to apply.

There is a high potential for these positions to be extended after the election, perhaps becoming permanent (but not permanent as in resident).

These positions are not to be confused with previously advertised Political Scapegoat positions that are ongoing or have been already filled – some for over two hundred years – by Australian Aboriginals (on going) Asians (1800s), Afghans (early 1900s), Greeks + Italians (1950s-1980s), Asians (second wave – early Howard era), Muslims (2001 – ongoing) and the generic group “Boat People”.

Applicants from NZ, UK, US, Europe who have unusual or “non stralyn” sounding accents, funny sounding or long surnames, have a good tan and are not from a Anglo Saxon background may be considered if other suitable applicants can’t be found.

– Office of the PM the dishonorable Julia Gillard

– Office of the Opposition Leader the dishonorable Tony Abbott

– Shock jocks and other cultural warriors.

Applications, unlike our political leaders hearts and minds, are now open.