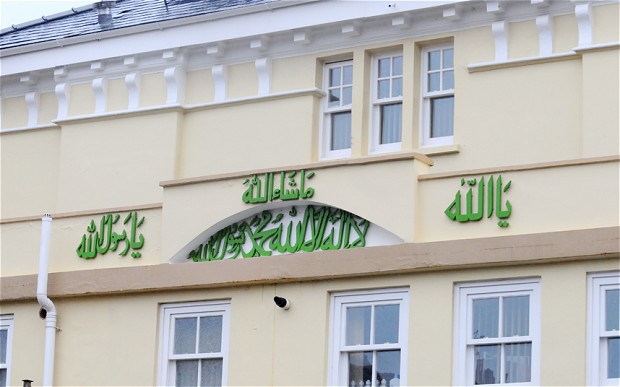 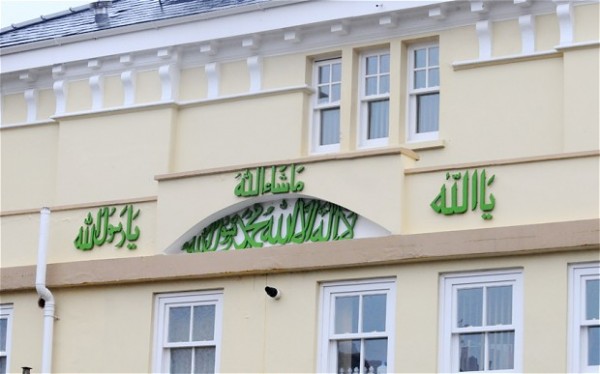 Mahmood Ali, 54, put up the huge green sign reading: “There is no god but Allah and Mohammed is his messenger”.

Planning chiefs ordered him to tear it down because it was advertising just like a billboard for McDonalds or Marks and Spencer.

But Mr Ali went to an appeal – and was yesterday victorious in his fight to prove it is a “blessing” and not an advert.

He said: “It is not there as an advertisement, the sign was just to bless the house, that’s the purpose.

“The green colour means peace. This sort of thing is common in cities like Birmingham and Manchester.”

Mr Ali painted the sign onto the side of his large eight-bedroom semi-detached home in Newport, South Wales.

The city’s council later ruled he didn’t have planning permission to display the message across the home’s stone archway.

But yesterday he won his appeal against the decision.

“If a neighbour wanted to put a George cross on their house I wouldn’t have any objection whatsoever. I would respect it fully.”

Planning inspector Tim Belcher granted consent for the sign, which is around two metres wide, 60cm high and includes the declaration of the Islamic faith.

Mr Belcher ruled that the sign was acceptable given the large proportions of the house and that the green colour did not make the symbol garish.

He said the sign preserved the character and appearance of the house and the surrounding historic conservation area.

Mr Ali, originally from Pakistan, lives in the house – known as Fatima Lodge – with his family.