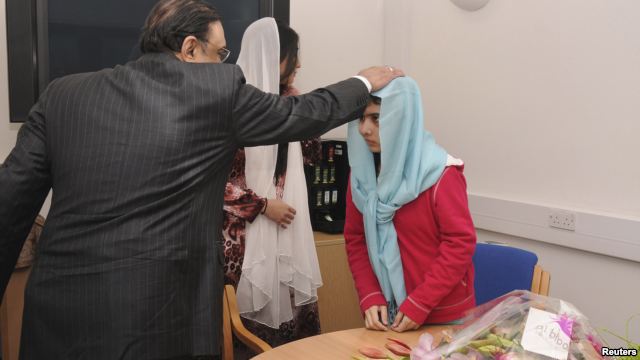 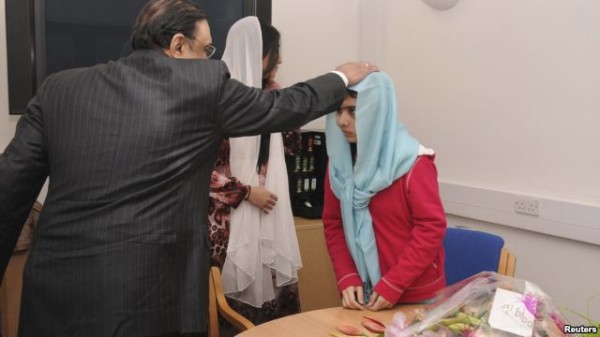 Pakistan joined forces with the United Nations on Monday to launch a fund aimed at boosting girls’ education throughout the world.

The fund is named for Malala Yousafzai, the 15-year-old Pakistani girl who was shot and wounded by the Pakistani Taliban in October for speaking out against the militant group and in favor of the right of girls’ to attend school. She is recovering in a British hospital.

On Monday in Paris, Pakistani President Asif Ali Zardari announced his country will donate the first $10 million to the initiative. He said, “since our government has come to office, we’ve done all possible for the women of Pakistan, and we stand committed to the women of the world and Pakistan, for gender equality, for schools, for colleges, for equal opportunity for jobs.”

The director-general of the UNESCO, Irina Bokova, said 32 million girls around the world are not enrolled in primary school, and a similar number are not in secondary school. She said girls’ education is a “basic right” and a “lever for development that profits the whole of society, girls and boys, men and women.”

Former British Prime Minister and U.N. Special envoy for Global Education Gordon Brown said the United Nations is more determined than ever that the Millennium Development Goal of every boy and girl enrolled in school will be met.

Brown also said that Malala’s father, Ziauddin Yousafzai, will be named a U.N. special advisor for global education to help accomplish the goal.

When asked about the new role, Ziauddin’s friend, Attaur Rehman Atta, told VOA’s Deewa Radio that “he [Ziauddin] has made great efforts for education in the region and in literature as well.” Atta said Malala’s father “will do justice with his new assignment.”

A local Pakistani peace council member, Fazle Maula, told Deewa Radio that Ziauddin Yousafzai’s appointment is a “matter of pride” especially for the people of Pakistan’s northwestern Swat Valley. Maula noted that based on his “expertise in education at the grassroots level and his wish to work for education, he is the best candidate for the job.”