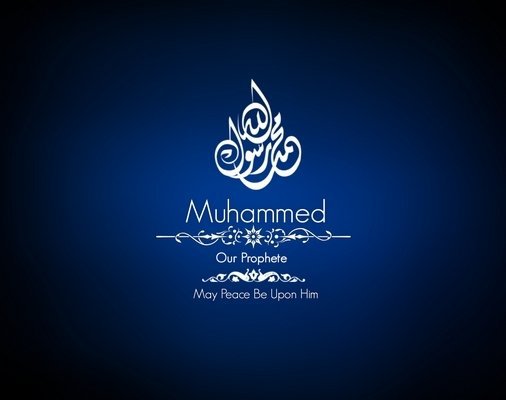 It goes without saying that violence of any sort, whether inspired by religious sentiment or secular interests, must be condemned unequivocally and in the strongest terms possible. This is in keeping with the best of Muslim tradition, which abhors sectarian rife, inter-ethnic conflict, and interreligious violence. This lesson is best contained in the example of the Prophet Muhammad himself, who was repeatedly subjected to the worst treatment by his enemies, only to consistently disregard these insults and instead take the path of forgiveness, mercy and compassion. This is why he is known to Muslims as “the Mercy to all worlds.” Indeed, this example is most succinctly summarized in the Quran itself, which instructs believers as follows: “The good deed and the evil deed are not alike. Repel the evil deed with one which is better.”

The world is sorely in need of such lessons, which represent the authentic teachings of the Quran and the Prophet of Islam. It is important to separate these noble messages from those that are bandied about by those who have no competencies in religious interpretation, Quranic hermeneutics or the history of Islamic thought. Unfortunately, the current state of the Muslim world is such that institutions and structures of legitimate authority have been weakened to such an extent that inflammatory rhetoric has taken the place of thoughtful analysis as a motivator of action and a guide for religious sentiment.

We are today in desperate need of serious religious leaders who engage the reality of the modern world – complete with its challenges and difficulties – in order to create an environment in which people can coexist. This must be a joint effort from members of all faith groups and cultures.

A necessary part of any such effort must be a sincere desire to understand what is behind the Muslims’ reverence for the Prophet. For more than a billion Muslims around the world, the Prophet Muhammad is their ultimate example. He is their reference point and, as the Quran explains: “dearer to them than their own selves.”

Prophets are the means, in the Islamic worldview, through which people have been taught about God. This is no less true for the succession of Prophets that preceded Islam – including Abraham, Moses and Jesus – than it is for the Prophet Mohammed himself. They are revered teachers who taught us the very nature of reality, the purpose of our existence, and how to connect with God Himself.

As a result, Muslims strive to emulate the example of the Prophet in every aspect of their lives. They seek to inculcate the values in a deep and profound manner. These include, among other things, the ability to confront evil provocations with patience, tolerance and mercy. These are, for Muslims, spiritual values of the utmost importance, and they are best exemplified in the life of the Prophet Mohammed himself.

A famous story from his life is known to Muslims around the world. One of his enemies was a woman who lived above a street he used to pass daily, and would litter the streets with garbage as he walked past. One morning, when the Prophet was walking by, he noticed no such provocation. His response to this sudden reprieve was to ask after the woman’s health, concerned that she had strayed from her daily routine, as painful as it might have been for himself. The stories of the Prophet’s praying for his enemies, and exhibiting enormous steadfastness in the face of insults and provocations, are legion in Islamic literature.

This should be the Muslim ideal, there is no doubt. Unfortunately, it is not possible that everyone can live up to the ideal. What is clear is that people’s attachment to the personage of the Prophet is undiminished, even when they are unable for their own reasons to live up to the lessons he has taught. Insults against the Prophet are taken as more serious than insults against one’s own parents and family, indeed than one’s own self. The Prophet is a sacred figure, who taught Muslims how to live in this world, and whose appearance in the world was a gift from the divine.

As such, inflammatory materials that are clearly designed to offend the deeply-held sensibilities of over a billion people around the world only contribute to the escalation of tensions with no observable benefit.

Muslims should either ignore such provocations, or respond non-violently, as per the limits laid down by their religion. Such limits have been obviously transgressed in recent days, and the broader Muslim religious establishment as well as the Coptic Church in Egypt all joined in calling for calm and not allowing this to further escalate.