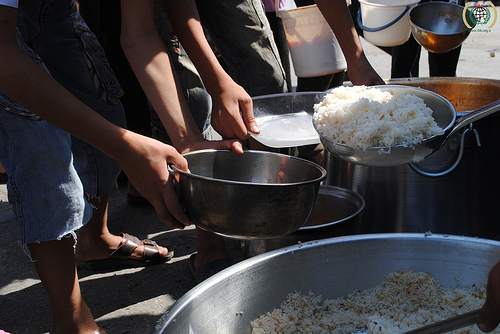 The UNHCR is appealing for $500 million in donor funding to cope with the basic needs of Syrian refugees pouring into Jordan, Lebanon, Iraq, and Turkey.

The new forecast of 700,000 refugees is more than three times the last estimate made in August, when the agency predicted 185,000 people would flee Syria.

“So it really is a completely different speed of emergency response, responding to the best of our ability to basically to provide the very, very minimum for people who arrive and flee and arrive in a traumatized state once they cross the border,” he added.

Moumtzis said nearly 300,000 Syrian refugees have left their country during the past 18 months of conflict.

Many, Moumtzis said, are arriving with only the clothes on their backs.  Some have been displaced many times before leaving Syria and are in need of immediate humanitarian assistance.

The situation is only going to become more challenging, he said.  “It is extremely important to be ready for the winter, and this plan includes rainfall shelter,” he said.  “So winterized tents, caravans, special containers, in particular in Jordan, but also looking at clothing, looking at blankets, at heaters, kerosene, to provide everything possible to make sure that the Syrian refugees are ready to face the harsh winter months.”

UNHCR says half the Syrian refugee population is living in camps, mostly in tents.

“We were hearing today from Turkey,” Wilkes said.  “They set up two new camps in the last two weeks – they are already full.  They were telling us it takes months to set up the camps and then they fill up in days.  So undoubtedly there is a tremendous strain on the host countries.”

Wilkes said donor money will go towards food distribution, child immunization, education, and shelter, including tents and financial assistance so that refugees can rent apartments.  She said large donor contributions have come from the European Union, the United States, and the Gulf States.

UNHCR reports that women and children make up 75 percent of the Syrian refugee population.

The call for aid follows what a Syrian rights group says was the bloodiest day since the 18-month conflict in Syria began.

The group reported deaths in areas across the country, including Deir Ezzor, Homs, Hama, and in the capital, Damascus.  Its reports from witnesses inside the country cannot be confirmed because of restrictions on foreign media.

Information Minister Omran Zoubi blamed the attack on terrorists, a term the government uses for rebels opposed to Assad.

An Islamist militant group claimed responsibility for the attack, according to a statement posted on the Internet.