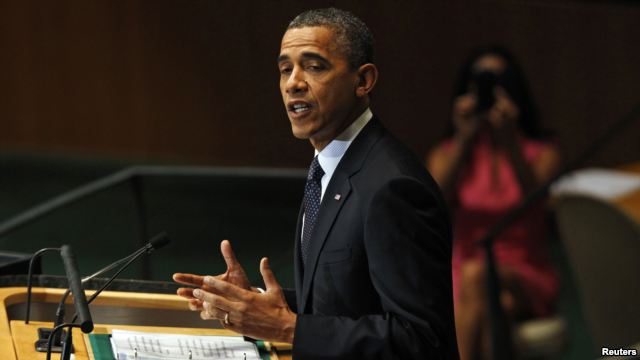 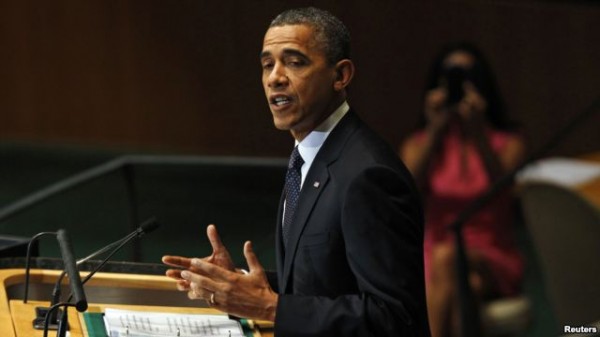 The UN General Assembly has heard condemnation of an anti-Islam Internet video, which has sparked protests across the Muslim world.

In his address to the General Assembly, Pakistani President Asif Ali Zardari called on world leaders to “criminalize such acts.”

“Although we can never condone violence, the international community must not become silent observers and should criminalize such acts that destroy the peace of the world and endanger the world security by misusing freedom of expression,” Zardari said.

His message was echoed later by Afghan President Hamid Karzai.

“We strongly condemn these offensive acts, whether it is the production of a film, the publication of cartoons, or indeed, any other act of insult or provocation. Such acts can never be justified as freedom of speech or expression. Equally, they cannot give reason for the genuine protest to be used to incite violence with terrible losses of innocent lives,” Karzai said.

The Afghan leader also called on the West to do more to battle Islamophobia.

“In particular, the menace of Islamophobia is a worrying phenomenon that threatens peace and coexistence among cultures and civilizations. I call upon leaders in the West, both politicians and the media, to confront Islamophobia in all its many forms and manifestations,” Karzai said.

Earlier, U.S. President Barack Obama challenged world leaders to stand united against anti-American violence that has swept many Muslim countries in the aftermath of the video.

“I have made it clear that the United States government had nothing to do with this video, and I believe its message must be rejected by all who respect our common humanity. It is an insult not only to Muslims, but to America, as well — for as the city outside these walls makes clear, we are a country that has welcomed people of every race and faith,” Obama told delegates at the UN General Assembly.

The Organization of Islamic Cooperation, which is the world’s largest Islamic body, also called for expressions of Islamophobia to be curbed by law, just as some countries restrict anti-Semitic speech or Holocaust denial.

Meanwhile, the United States and the Arab League have signed an accord designed to increase dialogue.

A memorandum of understanding was signed in New York on the sidelines of the UN General Assembly by U.S. Secretary of State Hillary Clinton and Arab League Secretary-General Nabil al-Araby.

Clinton said recent events underscored the importance of dialogue between the United States and the Arab world.

“Our hope is to not only strengthen ties between our institutions — the government of the United States and the Arab League — but between our people, the people of the Arab world and the American people,” she said. “Recent events remind us that we have a great deal of work to do and we look to partners in regional organizations to help us build mutual understanding and work to uphold and defend principles such as nonviolence and tolerance, as we work in very constructive and practical ways to make a difference in the lives of the people we serve.”

Araby welcomed the agreement, saying the involvement of the United States in diplomatic efforts was important to impact critical issues in the region.