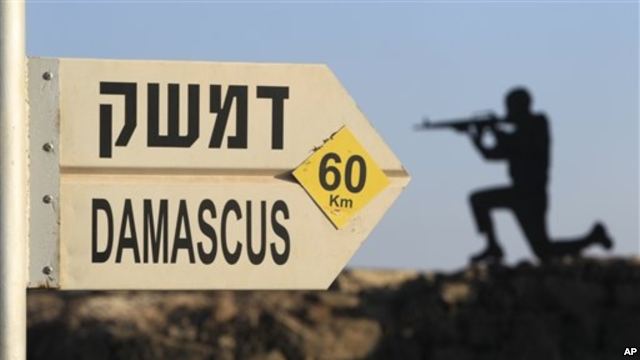 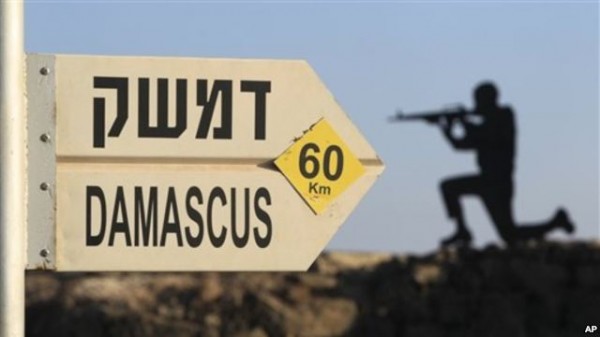 The conflict in Syria has intensified in recent months to the point where it could threaten peace across the region. Israel is the latest of Syria’s neighbors to see the conflict spill across borders.
The Israeli military says mortar shells fired last week by Syrian government troops against rebels in southern Syria fell accidentally onto Israeli communities in the occupied Golan Heights. A statement said any firing into Israel from the Syrian conflict would not be accepted.
It was the second incident in two months, and the Israeli reaction raised fears of retaliation and a widening of the Syrian conflict.
More than 20,000 people have died during the 18-month struggle by Syrian rebels to end the 42-year rule of the Assad family — President Bashar al-Assad and his late father, Hafez al-Assad.
Israel has been watching the conflict with concern. Senior officials have said repeatedly that they believe Assad’s days in power are numbered. But political analyst Danny Rubinstein says they also worry about what kind of leadership will replace their old enemy.
“We have a problem in Syria. If there is chaos in Syria it’s a danger to Israel,” he said. “It’s a danger because up to now the Syrian border with Israel is the most quiet one.”
Israel has occupied Syria’s Golan Heights since the 1967 Arab-Israeli War and considers it to be a part of Israel. The Syrian government fiercely denounces the occupation but has not made a military move to re-take the territory since the 1973 war.
But Israeli concerns about security in the Golan have risen as the Syrian uprising has evolved from mostly peaceful anti-government demonstrations into an increasingly brutal civil war.
Israeli troops were previously ordered to the border area in a surprise drill aimed at preparing them for any sudden deterioration of the situation there.
An added concern is the increasingly sectarian dimension of the conflict, pitting the Sunni-dominated rebels against a government dominated by the Alawite offshoot of Shi’ite Islam.
And positions have hardened on both sides, causing minorities in Syria such as the Christians, Kurds and Druze to feel increasingly vulnerable. Members of these communities also live in Israel.
Rubinstein says the polarization is causing fear that Syria could fragment into sectarian-based fiefdoms.
“In Syria, the one [thing] that makes Syria one nation, one state, is the [Assad] dictatorship,” he said.
Israeli political columnist Ativa Eldar notes that the Syrian opposition is deeply divided.
“It doesn’t seem that there is any clear political force that is ready to take over,” said Eldar. “And if Assad goes [and there is] a massacre between Alawites and the Sunnis and the Druze and the Shi’ites, things may even get worse. It may turn into a kind of ‘Somalia-zation’ of Syria.”
Fears of broadly regionalized conflict
Some analysts also fear the conflict is becoming regionalized. It has already spilled into northern Lebanon where dozens of people have been killed in clashes between Lebanese Sunnis, who support the Syrian rebels, and Lebanese Alawites who support the Assad government.
The lengthy conflict between the Turkish government and Kurdish rebels has intensified recently. Some blame this on the growing autonomy of Kurds in Syria and northern Iraq, and on anger by Syria’s main ally, Iran, at Ankara’s support for the Syrian rebels.
Even as the United Nations again debated the Syria crisis at its annual General Assembly session, there was no momentum toward achieving consensus among members over how to respond to the situation.Diplomatic pessimism
U.N. Secretary-General Ban Ki-moon says Syria is his top priority, but the U.N. and Arab League special envoy for Syria, Lakhdar Brahimi, says he is pessimistic about diplomatic efforts to end the violence.
Hebrew University Professor Shlomo Avineri says the Syrian crisis is showing again the ineffectiveness of the world body.
“The United Nations on paper has a lofty idea, but in reality, just as it failed in Kosovo or before that in Rwanda, it’s failing again in Syria, not carrying out what has been in the last few years its own idea that a country has a responsibility to protect its own citizens from violence and if it is not doing it then the international community can come in,” he said. “But it doesn’t precisely because of the structure of the U.N.”
Analysts in Israel say the United Nations must forge a compromise between Assad and the rebels. Or, they say, U.N. members must overcome their rivalries and find a way to allow the U.N. Security Council to take military steps to end a crisis that is heightening tensions across the region.
Tags: 1967 Arab-Israeli War Ativa Eldar Bashar al Assad conflict in Syria Danny Rubinstein Golan Heights Hafez al-Assad Israeli military Kurds and Druze Lebanese Alawites Shi'ite Islam Somalia-zation Syrian conflict Syrian government troops