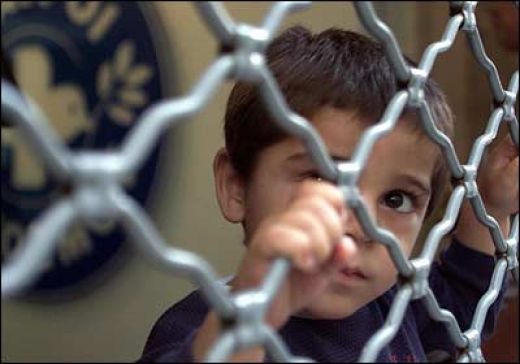 Citing parallels between Islamic teachings and laws on refugees protection, the UN High Commissioner for Refugees has called on Muslim countries to enshrine long-standing Islamic principles in their treatment of refugees, Central Asia Online reported.

“Islamic law and traditions embrace the principle of providing protection to those who seek asylum,” Antonio Guterres told delegates representing the Organization of Islamic Cooperation (OIC), NGOs and international organizations at a conference earlier this week in Turkmenistan.

“It also forbids the forced return of those asylum seekers. Both of these principles are cornerstones of international refugee law.”

The meeting followed a UN report that found that the Muslim world hosts 17 million refugees, including, making up approximately 52 percent of those of concern to the UN refugee agency.

Recognizing the connection between Islamic teachings and international refugee law, UNHCR has collaborated with Islamic scholars to prepare the second edition of a book entitled, “The Right to Asylum in Islam and Contemporary International Refugee Law.”

Highlighting responsibility of UNHCR towards refugees, the conference focused on the role of the OIC member-states in assisting protracted situation of the refugee population.

“Just as Afghanistan, Iran and Pakistan are forging a common vision and approach, there are other opportunities for a structured dialogue to promote solutions in other protracted refugee situations in the Muslim world,” Guterres said.

A UNHCR report published last year found that the total number of refugees, asylum seekers and displaced persons has risen to its highest for 15 years, reaching nearly 44 million people in 2010.

The number includes 15.4 million refugees who fled across borders and 27.5 million uprooted within their own homelands.

Another 850,000 are asylum seekers who lodged claims with nearly fifth of this number filing requests to South Africa.

The report pointed out that 80% of refugees are born by poor countries.

On the top of these countries come Pakistan, Iran and Syria with each hosting 1.9 million, 1.1 million and 1 million refugees respectively.

Asia is home to some 4 million refugees, followed by 2.1 million in Africa, while there are nearly 7 million in the Middle East and North Africa and 800,000 in the Americas.
Afghans make up the largest number of refugees at three million, followed by Iraqis (1.6 million), Somalis (770,200), along with people from the Democratic Republic of Congo (476,000) and Myanmar (415,700).