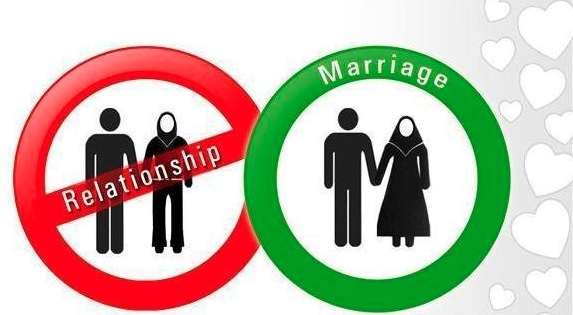 Ladies and gentlemen, I am talking about That-Which-Cannot-Be-Named in all Muslim marriages.

At the rate we produce children, you’d think it was a topic we could broach. Alas, this is not so – much to our detriment as individuals and communities.

Something as deeply intimate as sex has the profound ability to either heal or harm. With the misinformation that’s out there, what chance do newlyweds have at establishing a good footing from the start of their marriages?

We live in a world that tells you exactly what sex is about, whether you like it or not. Undressed women on gigantic billboards, pop culture encouraging young women to degrade themselves for love and young men being told that the more notches on the bedpost the better are just a few examples.

Sex is purely carnal and there is no space for the sacred. Or so we’re told.

Yet we know that there must be more to it. We know that Allah calls us only to good. How that translates into the bedroom, however, remains a mystery.

If you’re in Sydney, Australia on May 19th, Hanan Dover will be holding a workshop on marital intimacy. Attend her workshop and learn from a qualified professional. Think of it as inoculation from ubiquitous and harmful concepts of sexuality.

Without honest discussion we won’t know what is normal and healthy in a marital relationship. And if you don’t know what’s healthy, how will you know what’s not? There is already so much secrecy when it comes to bedroom matters – and rightfully so! But the Prophet (peace and blessings be upon him) never intended for this silence to suffocate. There is a place for the sanctity of the bedroom, but there is also a place for respectful discussion of how Allah intended this union to be.

When there is discussion of marital intimacy, the advice that is given is surprisingly inadequate. New brides are told to not feign headaches because their husbands need ‘it’. The concept that wives too can enjoy marital intimacy is practically unheard of. On this note, in his Seekers Guidance course Getting Married: Islamic Guidance on Successful Steps Towards Marriage, Shaykh Faraz Rabbani describes marital intimacy as a taste of Jannah (Paradise) – for both partners.

To Western women, this dilemma borders on ludicrous. But we’re talking about a population that puts Jane Austen to shame – we don’t even hold hands before marriage. Imagine moving from zero physical contact to the unrealistic expectations of the wedding night.

Issues of consent are another quagmire. Imagine a completely inexperienced young woman being told next to nothing about the wedding night. She has no idea that foreplay is sunnah. Her young husband is equally clueless. Best case scenario could be an embarrassing and uncomfortable encounter, but worst case scenarios are wedding night rape. Yes, rape does exist in marriage.

This is a far cry from a taste of Jannah – what marital intimacy is meant to be. There are classical texts, hadiths and Qur’anic verses describing loving ways of romancing one’s spouse. There is nothing in our tradition that promotes coercion in the bedroom.

Mufti Muhammad Ibn Adam Al-Kawthari’s Islamic Guide to Sexual Relations is a detailed and respectful book on this very topic. His book is a must-read for anyone who is considering marriage, and a crucial addition to the libraries of the already-married.

It’s time to convert knowledge into action. Be part of a community that is brave enough to talk about the awkward stuff.

Our respected Companions, both men and women alike, asked the Prophet (peace and blessings be upon him) questions about marital intimacy, making it very clear to us that it’s something we can talk about too. If anything, we’re straying away from the sunnah by being so uptight.

Our pious predecessors had healthy, supportive discussion of sexual relations within marriage, and it’s about time that we get back on the trodden path.