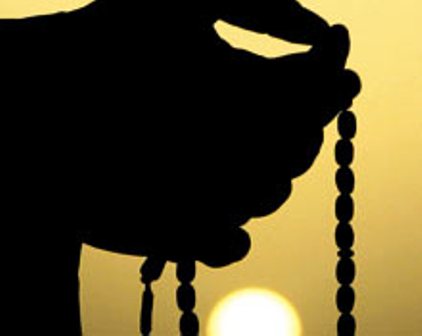 As far as Islam is concerned, it must be noted that Arab and Muslim majority societies are seriously lacking in spirituality. There is not a deficit of “religion” but of spiritual life. It can be encountered among Islamists, as well as among secularists and ordinary citizens. Religion refers to the framework, to the structure of ritual, to the rights and obligations of believers and, as such, lies at the heart of social and political debate. In the classical Islamic tradition, framework, reference and practices can — like all religions and spiritual traditions — be best seen in the light of their relation to meaning (here, to the Divine), to a conception of life and death, to the life of the heart and mind. Contemporary Islamic discourse has, however, too often lost its substance, which is that of meaning, of understanding ultimate goals and the state of the heart. Increasingly, it has been reduced to reactivity, preoccupied with the moral protection of the faithful, based on the reiteration of norms, rituals and, above all, prohibitions. But spirituality is not faith without religion; it is the quest for meaning and peace of heart as the essence of religion. Viewed in this light, Muslim majority societies are profoundly bereft of serenity, coherence and peace. The time has come for a spiritual and religious emancipation.

The decline of Islamic civilisation, followed by colonialism, has left its mark, as has the experience of political and cultural resistance. The way in which religion, and the Islamic reference, are understood was gradually adapted to the requirements of resistance: for both traditional Muslim scholars (ulama) and Islamist movements (which often began with mystical aspirations) moral norms, rules pertaining to food, dress and strict observance of ritual have come increasingly to the fore as means of self-assertion, in direct proportion to the danger of cultural colonialism and alienation perceived and experienced in Arab societies. Caught up in political resistance, Islamist movements have gradually focused their attention on questions of a formal nature, setting aside the spiritual core of religious practice. Between the rhetoric of traditional religious authorities and institutions, and that of the Islamists, whether narrowly rigorous in outlook or hypnotized by political liberation, ordinary citizens are offered few answers to their spiritual pursuit of meaning, faith, the heart and peace.

A yawning void has opened up; mystical (Sufi) movements have re-emerged, some of them respectful of norms, some fraudulent, in what is often an approximate answer to popular aspirations. The Sufi movements or circles are diverse, and often provide a kind of exile from worldly affairs, in contrast to ritualistic traditionalism or to Islamist activism. Focus upon yourself, they urge; upon your heart and inner peace; stay far away from pointless social and political controversy. A specific feature of mystical circles is that they bring together — though in physically separate groups — educated elites in quest of meaning as well as ordinary citizens, including the poorest, who feel a need for reassurance that verges on superstition. Their teachings are, more often than not, general and idealistic, far removed from the complexities of reality; politically, they sometimes voice passive or explicit support for ruling regimes, even dictatorships.

Furthermore, a substantial number of Sufi circles yield to the double temptation of the cult of the personality of the shaikh or guide (murshid) and the infantilisation of the initiates (murîd): the latter may be highly educated, hold high rank in the social hierarchy, yet at the same time place their hearts, minds and even their lives in the hands of a guide who, it is claimed, represents the ultimate path to fulfillment. This culture of disempowerment strangely echoes the fashions of the day: a combination of withdrawal from the world and living in a kind of existential confusion between emotional outpouring (the spectacle of effusiveness towards and reverence for Sufi elders can be disturbing, disquieting and dangerous) and a demanding spiritual initiation. Such initiation should be liberating, open the door to autonomy through mastery of the ego and lead to coherence between the private and public life. But what emerge instead are parallel lives: a so-called Sufi spirituality allied to egocentric, greedy, self-interested and occasionally immoral social and political behavior. Arab elites and middle classes find such behavior to their advantage, as do socially fragile sectors of the population.

Between the overbearing ritualism of official religious institutions and the obsessive politicisation of Islamist leaders the thirst for meaning, which finds its expression in cultural and religious references, seeks for ways to express itself. Mysticism sometimes provides the solution. But careful thought should be given to the real-life impact of such phenomena as they relate to the crisis of spirituality and therefore of religion. In every case, the teachings propounded do not encourage the autonomy, well-being and confidence of human beings in their everyday individual and social lives. In their formalism and concentration upon norms, the traditional institutions that represent or teach Islam reproduce a double culture of prohibition and guilt. The religious reference is transformed into a mirror in which the believers are called upon to judge themselves for their own deficiencies: such rhetoric can generate nothing more than unease. The Islamist approach, which seeks to free society from foreign influence, has in the long run brought forth a culture of reaction, differentiation and frequently of judgment: who is a Muslim, what is Islamic legitimacy, etc. It sometimes casts itself as victim; even in the way it asserts itself against the opposition. Social and political activism prevails over spiritual considerations; the struggle for power has sometimes eclipsed the quest for meaning.

By way of response to this void, the majority of mystical movements and circles have called upon their initiates to direct their attention inwards, towards themselves, their hearts, their worship and their inner peace. Around them has arisen a culture of isolation, social and political passivity and loss of responsibility, as though spirituality were somehow necessarily opposed to action. Still, it must be noted that a large number of Sufi circles do speak out on social and political issues, and actually encourage their followers to speak out on social and political matters, and to become actively involved in society. Between the culture of prohibition and guilt and that of reaction and victimisation, between abandonment of responsibility and isolationism, what options remain  for the Arab world to reconcile itself to its cultural, religious and spiritual heritage? What must be done to propound a culture of well-being, autonomy and responsibility?

There is a need to rediscover and reclaim the spirituality that permeates Eastern cultures, and that lies at the heart of the Jewish, Christian and Islamic traditions, a consideration that today’s social and political uprisings can ill afford to neglect. For there can be no viable democracy, no pluralism in any society without the well-being of individuals, the citizens and the religious communities.