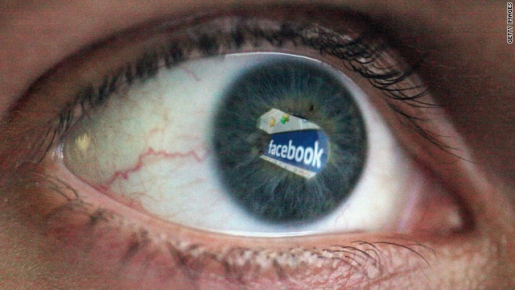 Almost a year ago in Korea, an infant starved to death while her parents obsessively played an online game in which they cared for a virtual baby instead of their real-life daughter.

Examples such as this indicate there are phenomenal social changes occurring due to increasing use of the internet – and in step with these new social and health problems, internet rehabilitation clinics are appearing all around the globe.

“I don’t think anyone could have designed a more addictive device than the internet,” said Dr Nahmeldeen al-Falahe, a consultant psychiatrist at the Priory Hospital in the UK.

A study carried out by the International Center for Media and the Public Agenda (ICMPA) named “24 hours unplugged”  followed students at the University of Maryland as they went without any form of digital media including internet, social media, phones and music – for one day.

According to the study, the most difficult form of media for the students to give up was the mobile phone – specifically the smart phone. “It’s like the Swiss army knife of the mobile phone. You can do everything on it and its available 24/7,” said Susan Moeller, director of the IMCPA.

“Not only did they rhetorically use the words addiction and withdrawals … they followed those comments by giving a more specific physical manifestation that made us say: ‘Oh, when they say addiction, they mean addiction: as in drug or alcohol addiction’,” said Moeller.

Yet even students who hated the experiment said they liked certain aspects of it. They liked having an excuse for not keeping up with the media or not responding to every message.

In reaction to this new phenomenon, the first internet addiction rehab clinic in the US, reStart, has opened in the state of Washington. The clinic works mainly with young adults who have lost control of their internet, gaming, pornography or social media usage.

“In [the] detox period, they are anxious and unhappy. But by the end of the three weeks, the brain begins to put back the neurotransmitters for dopamine and they start to relax and feel better, happier,” Hilarie Cash, executive director of reStart said.

According to psychologists at the clinic, the treatment focuses on teaching meditation and mindfulness, going on hikes and being physically active as well as teaching basic life skills the patients often lack.

“Before they leave, they have to write a life balance plan that includes their goals, how they are going to manage technology, how much time online they will allow themselves, how they will be held accountable and what to do if they relapse,” said Cash.

Another clinic, the Priory Hospital Roehampton in the UK, has a rehab program consisting of three parts: cognitive behavioural therapy, psychodynamic psychotherapy and social behaviour adjustments.

“The first thing patients ask when they are admitted, is: ‘Can we bring our computers with us?’,” said al-Falahe.

“We try to get them to replace internet addiction with another behaviour, whether its social activities, art [or] sports,” said al-Falahe. “If we discharge them without replacing the behaviour, they will go back to it.”

Ironically, online clinics have also been created. A website called FaceAnonymous takes a different approach to treatment, and was created by two men who recognised a problem in their own lives.

“We thought we should do something to make our internet usage healthier,” explained Siavosh Arasteh, who founded the Switzerland-based FaceAnonymous with Dan Penguine.

“We didn’t resist the idea of putting a ‘like’ button on the website. And since launching we have had more than 3,000 ‘likes’,” said Arasteh.

Philip Tam, a psychiatrist and president of Network for Internet Investigation and Research Australia (NIRRA), says he doubts that internet addiction is a mental disorder in and of itself. Tam believes it is an expression of much deeper problems – more of an example of the “‘endpoint behaviour’ of a lot of underlying complex issues”. In that way, obsessive use of the internet is an attempt to escape those issues.

Tam says in order for treatment of internet addiction to be successful, it must address the “underlying cause – often depression, anxiety, social isolation, bullying, ADHD [Attention Deficit Hyperactivity Disorder], etc”.

“Only in extreme cases does the client need to be ‘admitted’ to a special facility. South Korea and Japan were the first countries in the world to open government-supported clinics to treat young people with internet addiction.”

Besides symptoms of addiction and withdrawals, scientists have also observed that internet addiction changes the way the brain functions, and actually compared an internet-addicted person’s brain function to that of an alcoholic.

“My research has raised some red flags about the effects on our psyche from these new technologies,” said Dr Elias Aboujaoude, director of the Impulse Control Disorders Clinic at Stanford University.

Aboujaoude’s observations include changes in how people use and rely on memory, as well as other aspects of intellectual life including writing, reading and attention span.

“They are all being transformed by the internet. Our entire cognitive universe is changing – and not necessarily in a good way,” Aboujaoude continued.

Recent developments suggest the world’s increasing use of the internet could be affecting more than just the part of the brain relied on for memory. Research shows that allowing the brain to rest is essential for learning, processing information and the development of wisdom and insight.

“These things are high virtues. You have to give the brain down time. But we don’t,” said Cash.

In his book, Virtually You, Aboujaoude discusses how negative personality traits often surface online, including impulsivity, immaturity, narcissism and a “penchant for immoral behaviour”.

“The problem is that these traits don’t stay ‘there’ … they often become incorporated into our offline personality as well,” Aboujaoude said.

Technology and the modern relationship

According to Cash, the quality of interaction among people is deteriorating due to the distraction provided by the internet. And it’s also affecting the way people’s brains are wired for paying attention – instead of sustained attention, the brain is becoming used to short bursts of attention. In essence, the world has become more distractible.

Psychologists agree that without the ability to focus for long periods of time, healthy relationships are difficult to maintain. Attachment within relationships is essential to human well-being and people are increasingly seeking to satisfy that unconscious need through online connections – but it is face-to-face connections that people really need.

“It’s like trying to satisfy the need of hunger with just sugar: In the end you will starve,” explained Cash.

Experts agree that unless people are conscious of their internet and technology usage, including with smart phones and online chat, it will almost inevitably interfere in personal relationships.

“The ability to be able to pay attention to someone else is pivotal in creating healthy relationships. If you are always seeking distraction, you will have trouble in your relationship,” said Cash.

In keeping with this trend of virtual relationships, many people are expressing their personal, and often deeply negative, emotions online – especially on Facebook. These negative emotions expressed on Facebook can be more than just the average status update.

Because of this alarming trend, MHA-NYC has partnered with the National Suicide Prevention Lifeline to allow users to flag suicidal content as soon as they see it. Afterwards, a message will be sent to that user with contact information for the lifeline as well as the option for a chat with a counsellor.

Made to be addictive?

The line between overuse and addiction of the internet is not always well-defined. Addiction itself, however, is always defined by the same characteristics:

First, the addictive behaviour produces a high. With overindulgence, the person no longer achieves the effect they want so they have to increase usage to get the same experience, building ever-greater tolerance to the stimulus.

Second, if a person doesn’t have access to their addiction, they will display withdrawal symptoms.

“In internet addiction, withdrawals are mostly experienced psychologically, but sometimes physical symptoms such as shakiness and not sleeping will occur. They will feel anxious, angry, stressed, irritable and depressed,” said Cash.

An addicted person also becomes compulsive: they feel as though they cannot stop and they will engage in the addiction despite its negative consequences. Compared with other addictions, such as with drugs or alcohol, the internet is extremely easy to access.

According to research, Facebook, specifically, seems almost intentionally designed to appeal to the reward system in our brains.

“The reward system becomes active when we anticipate something, and dopamine is released when the anticipation is rewarded. Facebook is quite impressive with how many reward systems are built into it,” Arasteh said.

“When you log on, your brain is in a state of enormous anticipation because you have so many potential actions that could have happened while you were away,” said Arasteh.

Did someone “like” my post? Do I have a new message? How many new notifications do I have? Was I invited to any events? What’s going down on my virtual farm? The list goes on and on. Research on these “reward systems” shows that Facebook is made so that users’ anticipation is hardly ever disappointed.

Arasteh also made a personal observation: when he logged on to his internet browser, the first letter he “automatically” typed was an “F” – which he described as an involuntary movement linked to the addiction.

Although many people admit that they surf the internet, play with their smart phones or check Facebook obsessively, most can’t imagine a complete “disconnection”.

Students from the “24 hours unplugged” study said afterwards that the solution to internet addiction was “to be as mindful of those online and mobile phone habits as they would with any other kind of bad habit, like cigarettes or alcohol”, Moeller said.

Because this most of this technology is relatively new, experts agree that it will take time to find a “balance”.

“We have to start being more objective about the internet and related technologies, recognising the good but also the bad they have brought us,” said Aboudaouje. “If we do this, we’ll be more likely to ‘think before we click’.”