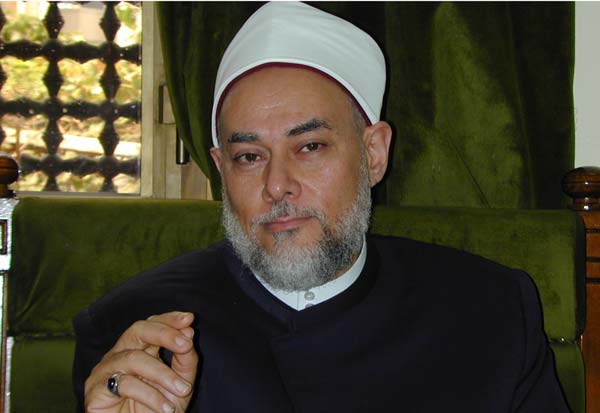 Sheikh Ali Gomaa, the Grand Mufti of Egypt and one of the world’s most respected Islamic jurists, has called for greater dialogue and tolerance over the growing challenges created by the explosive growth of social-networking sites such as Twitter and Facebook.

In a wide-ranging interview about how the Muslim world should help young people to confront both the dangers and benefits of the internet, the Grand Mufti called for caution and understanding, but rejected calls for a ban on social networking.

The Grand Mufti said the Prophet Mohammed was perceived as the ultimate subject of emulation by 1.5 billion Muslims all over the globe.

“Muslims throughout the world are required to venerate the Prophet by expressing their love and devotion to him. Insulting the Prophet is something that should not be taken lightly,” he said.

The Grand Mufti cautioned that social-media sites such as Twitter and Facebook presented a bigger challenge for young Muslims and Arabs, who are now “surrounded by a sea of information and misinformation”.

He said: “There is a great worry of them getting lost in the midst of all these waves.”

Too often, Sheikh Ali said, internet users trusted the information they were given without checking the facts and the authenticity of sources.

However, he said, society had a duty to have “an open dialogue with youth, where we listen and talk to them on an equal footing”.

“We need to teach and help them to swim in today’s turbulent waters.”

Sheikh Ali referred to the difficulties young people face in dealing with what sometimes seems like an overwhelming amount of information.