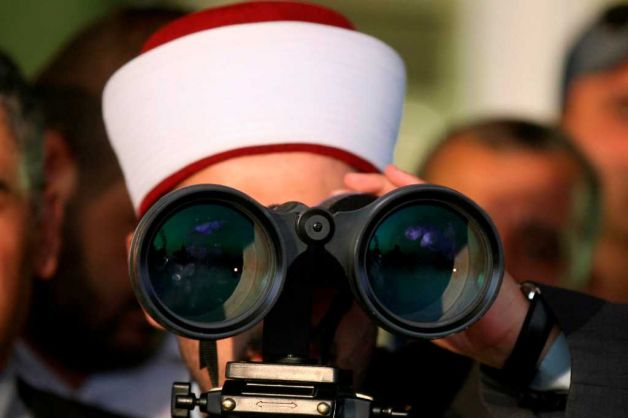 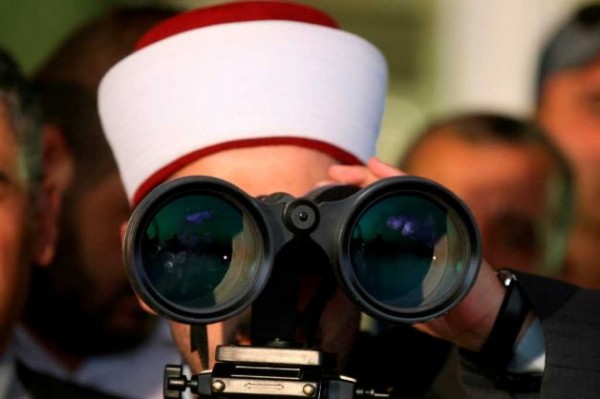 “And hold fast, all of you together, to the Rope of Allah and be not divided among yourselves”. Surah al-‘Imran, Ayah 103 – Yusuf Ali Translation

Another lunar year and an ongoing moon sighting dispute fogs the clarity of illumination in the hearts of those seeking Divine Grace in the Great Southern Land.

Unfortunately, but like most years when the start or end dates of Ramadan have differed due to the different methodologies used to determine the beginning of the lunar month, the start of Ramadan was a time of anguish, confusion and sadly even hostility for many everyday Muslims.

As in previous years, the reason for the dismay amongst Australia’s Muslims was the disagreement in the application of the Islamic methodology used to determine the birth of the new moon signaling the start of the blessed month of Ramadan, the ninth month of the Islamic lunar calendar.

The questions that reverberated in people’s minds were: Do we use the calculation method that fixes the date based on scientific data regarding when the moon is born?  Do we use local, physical sightings to determine its birth?  Do we follow global sightings?  Do we use physical sightings from countries to our east or north that share a significant part of our night?  Was Shabban 29 or 30 days?  Do we just follow Saudi Arabia or Turkey or Lebanon or… (insert your country of choice)?

Whether the results of determining the beginning of the blessed month of Ramadan are based purely on fiqh (Islamic Jurisprudence) or ijtihad (personal legal reasoning), those who are far more knowledgeable than I, have generally declared that all of the methods mentioned above are all valid – of course some more than others.

I am not qualified to address the Islamic Jurisprudential reasoning for each methodology, so will leave that task to others.

I will however, list the practical reasons and real world realities that are a direct consequence of the application of each method.

One of the reasons cited for using the calculation or ijtihad method is that because we are living in a non Muslim country it is more practical to use a precise method of determining the beginning and end of the month of Ramadan.  The logic is that people, in a non Muslim society, need to have more certainty and advance notice of the date in order to organise their affairs , for example a Muslim may need to plan time off work for Eid or Laylat ul Qadr (The Night of Decree). Additionally, it creates certainty for non-Muslims in terms of interacting with the Muslim community.  Also, claims have been made that it is too hard to properly inform the whole community when a moon sighting decision is made late in the night. A further argument put forward to support this position is that this is an accepted methodology, endorsed by many scholars and used in many countries, especially where Muslim minorities are present.

It should be stated the use of this method for the whole community is only a recent phenomenon in Islamic jurisprudence.  This method has generally been rejected by those who follow traditional scholarship and advocate for the physical moon sighting methodology.

Those who advocate for the traditional method of physical moon sighting state the method is practical, simple and has been in use since the time of the Prophet Muhammad peace and blessings be upon him.  The method is as follows: you go out to sight the moon on the eve of the 29th day of the month of Shabban, if the moon is sighted Shabban has been completed and Ramadan commences the next day.  If the moon is not sighted, Shabban is deemed to be 30 days long and Ramadan will start the day after.  This process should be conducted every month and not only for the start of Ramdan and Zul Hijah.

It is a simple system that a Professor of Astronomy or a desert Bedouin could implement.

Although simple in its methodology, it is of course still based on using scientific data and calculations to ascertain the days to conduct sighting and the probability of a sighting taking place.

From my personal experience, the concept of taking one’s family, especially young children, to a park in an elevated area, with other Muslim families to sight the moon is a spiritually uplifting experience.  It stirs in one a strong sense of unity in coming together to practice a communal Sunnah which celebrates the majesty of Allah’s creation.

Personally, I would hate to be a Mufti and have to decide which methodology to use for my community.

Do I adhere to a Sunnah that has been practiced for hundreds of years, or do I use ijtihad and follow a methodology that, creates certainty and is a practical solution that caters for the needs of all Muslims living as minorities in a non Muslim country?

I believe the reality of this issue is leadership and unity, not Islamic Jurisprudence or the start of the month of Ramadan.

Unity is one of the greatest objectives of Islam.  In fact, we are obliged to unify behind the leadership regardless of it’s shortcomings.

Those who are our spiritual leaders and guides, the inheritors of the Prophets, our Imams and Sheikhs are regrettably falling short of the esteemed role that they have been destined to uphold.

We need the love and mutual respect that brings our hearts and hands together to hold fast to the rope of Allah.

I am not suggesting that we should unify on a falsehood but it is clear that this issue is creating division and disparity amongst individuals, families, organizations and Imams.

It is clear the community has now evolved to a level that it is far less divided on ethnic and cultural affiliations, in fact, about 75% of Australia’s Muslim population were either born in Australia or came to Australia at a very young age and 60% of the Australian Muslim population is under the age of 29.  They carry the identity an Australian Muslim, not a Turkish Muslim or Lebanese Muslim or any other ethnic group.

These Australian Muslims tend to follow a version of Islam with less cultural baggage and based on a more traditional scholarship of Islam than those of their predecessors hence they are more able to comprehend the nuances of Islamic Jurisprudence.  This fact has transformed the community and challenged the existing status quo.

Unfortunately, the community has moved with the times but  the majority of the leadership institution in Mosques, Islamic Schools, peak bodies, organisations and even Imams Boards have not! In many instances these institutions are generally out of touch and not reflective of, nor do they understand the needs of the community they have been honoured to represent.

The Australian Muslim community is ready and willing to follow a unified and representative peak body of Imams and community leaders.  In fact, Muslims are crying out for leadership.

Many are frustrated with the lack of unity that has created division in the community and has made Muslims an easy target, constantly exploited by opportunistic politicians, talk back radio shock jocks or journalists who denigrate our way of life and even our mere presence in this great continent.

If the various peak bodies, Imams Councils –  state and national, can’t agree to take a unified position on something as Holy, as the start and end of the month of Ramadan, can we hope to see leadership and direction on other more critical issues that effect the Muslim community as a whole, the day to day lives of the average Muslim living in a non Muslim society and the perception of Muslims by non-Muslims.

To our beloved and respected inheritors of the Prophet (peace and blessings be upon him), our beacons of light and spiritual guides, our esteemed Imams, please bring your hearts and minds together on this issue for the sake of Allah and for the benefit of the community; just as you would be heartbroken if your own sons and  daughters celebrated Eid on a separate day to you, please know, this is exactly what is happening in the homes of the community which you represent.

May Allah unify all our hearts and increase the love ofeach of us for one another and ultimately for Him and His most beloved Prophet Muhammad peace and blessings be upon him, Ameen.